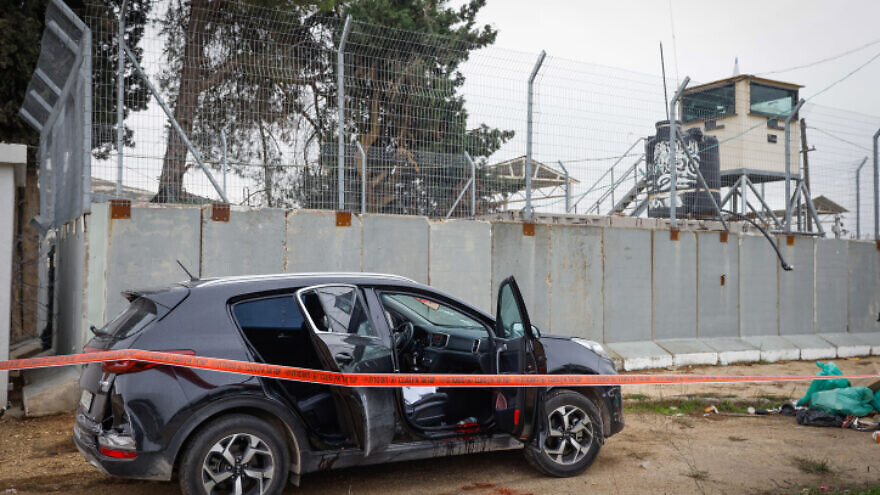 (November 29, 2022 / JNS) An Israel Defense Forces soldier was seriously injured on Tuesday in a terrorist attack on Route 60 near Kochav Yaakov in the Binyamin region, just north of Jerusalem, according to the Israeli military.

Her assailant was shot dead by police following a brief pursuit.

First responders treated the soldier for a head injury before evacuating her to Shaare Tzedek Medical Center, where she was in stable condition.

The assailant ran the woman over before driving off. Police pursued the vehicle and opened fire on it, killing the driver.

Israeli media identified the attacker as 45-year-old Rani Mamoun Faiz Abu Ali, from the town of Beitunia. Abu Ali had a permit to work in Israeli communities in Judea and Samaria, according to the report.

The incident is the latest in a series of terror attacks against Israelis.

Two Israelis were killed and more than 20 injured on Nov. 23, when two bombs packed with nails to cause maximum damage were detonated at Jerusalem bus stops.