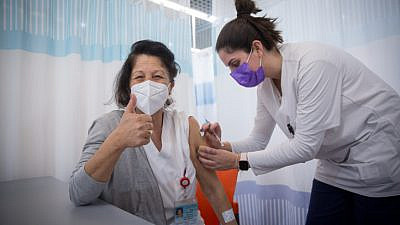 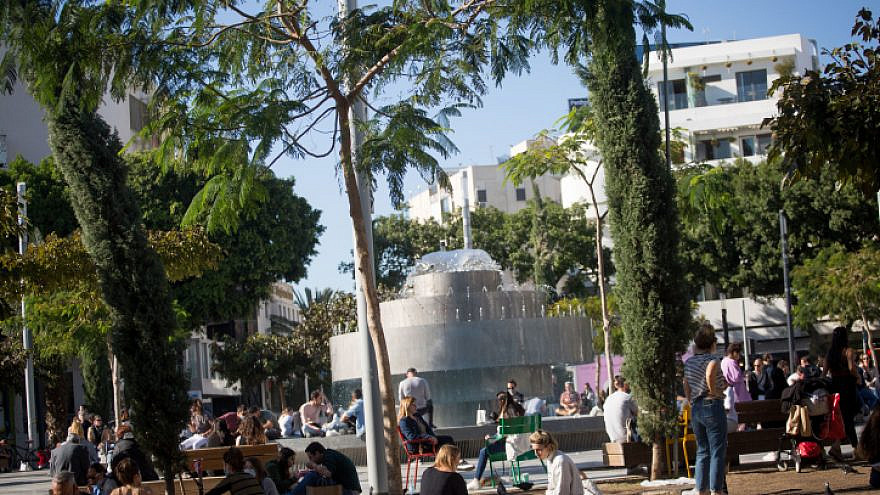 (December 29, 2020 / Israel Hayom) With traffic at almost normal levels, numerous people in the streets, some of them without masks, and businesses open as usual, the sense of pandemic fatigue is tangible in Tel Aviv.

On Day 1 of the country’s third lockdown, fast food vendors, who are only allowed to offer delivery services, continued their practice, adopted during the second lockdown, of “delivering” orders to customers waiting for their food just a few yards outside of their store.

There was heavy traffic on the city’s streets and countless people took advantage of the sunny weather to exercise outside. The city’s seaside promenade was also full of people exercising, and there wasn’t much enforcement of the rules during daytime hours.

In the nation’s capital, however, traffic was sparse. The alleyways of Jerusalem’s Old City were largely desolate. Only a few shoppers were spotted at the normally bustling Machane Yehuda outdoor market. The Mamilla Mall, another popular attraction, was empty.

In the Haifa metropolitan area, a majority of businesses were closed, and few people or cars were seen out on the streets.

In the southern resort city of Eilat, streets were empty and the promenade desolate. A majority of hotels were closed.

According to Israel’s third-largest mobile operator Pelephone, Israelis’ use of the navigation app Waze dropped 20 percent on Monday compared to last week. On Day 1 of the first lockdown, it dropped by 60 percent and on Day 1 of the second by 40 percent.

Israel entered its third lockdown of 2020 on Sunday evening. The government approved the move in an effort to bring down the number of daily infections to below 1,000 and the reproduction rate to below 1. According to the framework approved by the government Wednesday night, the lockdown is set to last two weeks but will be extended by another two weeks if the morbidity rate does not improve.

As part of the lockdown, Israelis must remain within 1,000 meters (around 300 feet) of their places of residence and are prohibited from entering other people’s homes. Gatherings are limited to up to 20 people outside and 10 people inside.