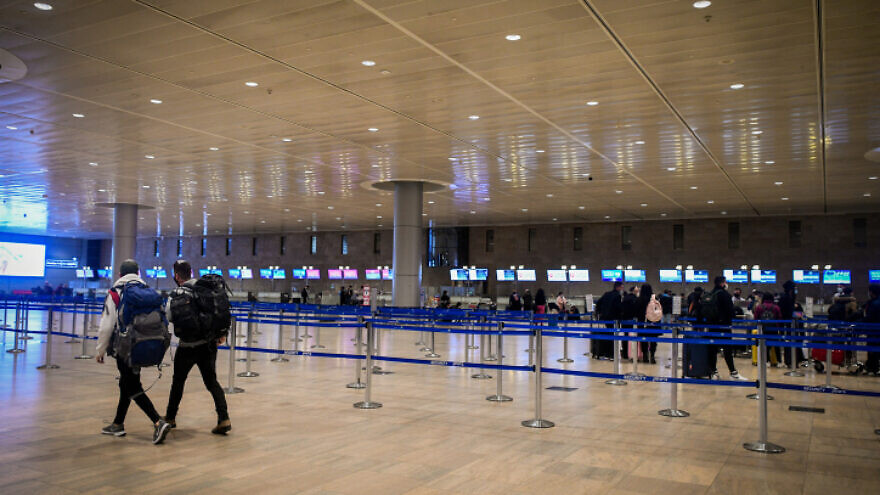 (January 17, 2022 / JNS) Israel’s ever-changing coronavirus travel policies during the spread of the Omicron variant have wreaked havoc on Israelis, Jewish Americans and the Diaspora alike.

Jerusalem barred travel from Dec. 22 to Jan. 7 to and from several “red countries,” including the United States, despite America’s open borders. Some exceptions were made for humanitarian cases, such as traveling for funerals, physical or mental-health emergencies, and parents traveling to their child’s wedding. When travel recently reopened and the United States was removed from Israel’s “red list,” Israeli bureaucracy did not immediately catch up with the changes and transmit them to ground personnel worldwide, who were still struggling to process prior changes.

Israel’s Ministry of Health, for example, took several days to open its entry forms, meaning that even after travel from the United States was legally available, the forms did not grant individuals permission to enter Israel until Jan. 9.

Samantha Wampold, an American Jewish exchange student at Tel Aviv University, was denied boarding to Israel last month despite having the proper documentation, a student visa, a valid coronavirus test and a letter from Tel Aviv University, and eventually missed her flight. “I felt hopeless. I didn’t know how to get into the country even though I knew I met all the necessary criteria. When I was denied entry, it didn’t make sense. … I was moving to Israel, not coming for a one-week vacation.”

The next day, Wampold returned to the airport, updated Lipman about her new flight and within 10 minutes, she received a letter granting her permission to board. But still, she ended up having to pay for another flight, another coronavirus test and more baggage fees to move her belongings to Israel. The whole enterprise, Wampold told JNS, “changed my view of Israel as my home.”

Lipman also helped groom-to-be Mark Spiro, who was denied permission to leave Israel to attend his own upcoming wedding in New Jersey on Jan. 19. Spiro told JNS that with a week left until his flight to the United States, there was a bug in the Israeli site where he would apply for permission to travel. After the site reopened and he submitted the application, his application was denied, with a request to upload a document that he was not able to receive until the wedding itself. “It was pretty nerve-wracking and frustrating—planning a wedding and not even being sure that I could get there. I really wanted to be at my own wedding,” he quipped.

“The policies make no sense, and honestly, left me feeling like they don’t like Americans and want to see us suffer. … I’m not saying this is the case, but it felt that way,” he maintained. 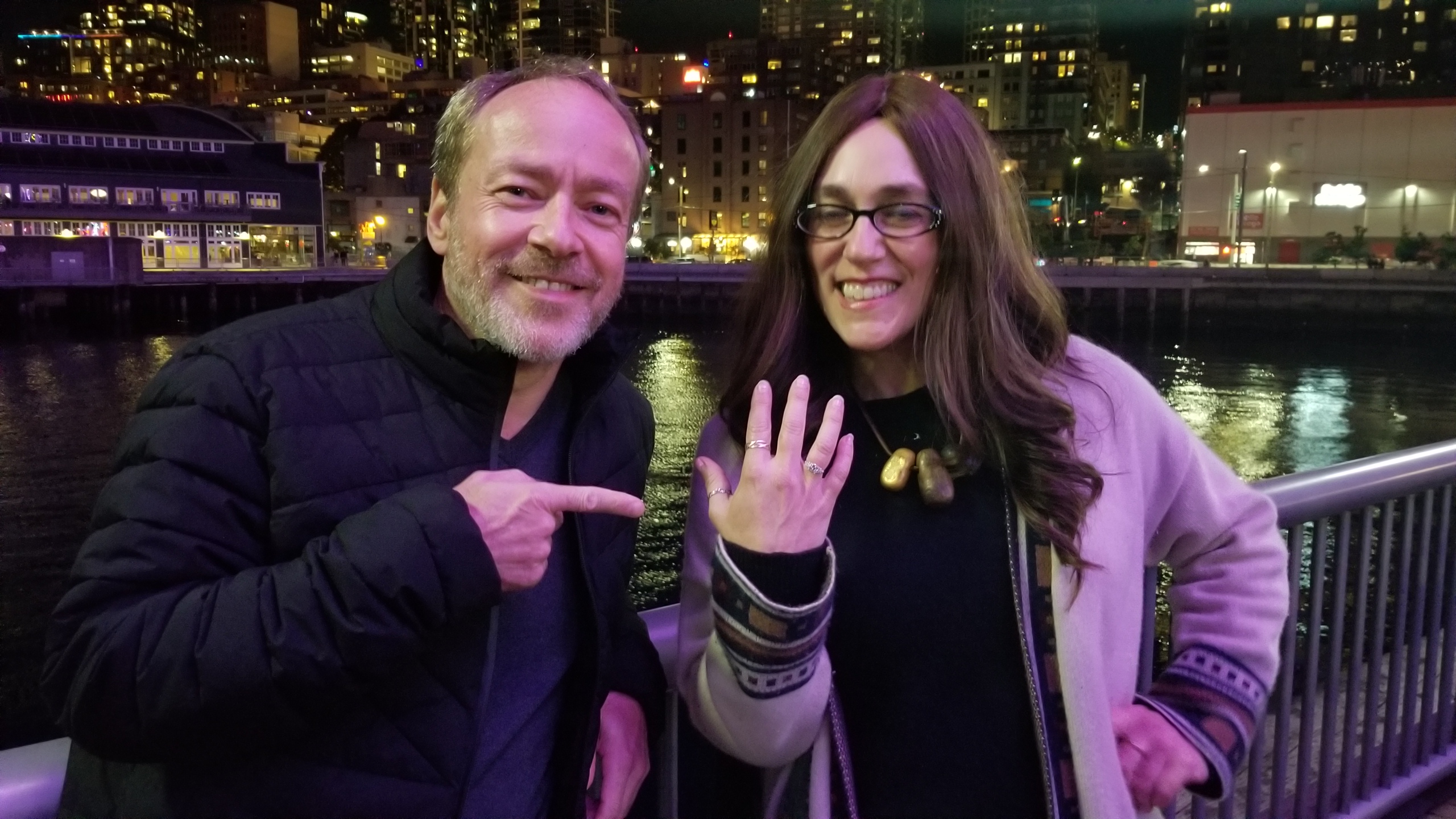 Mark Spiro his fiancée after getting engaged. Credit: Courtesy.

‘Widespread feelings in Diaspora of being an afterthought’

Citing suffering caused by family separations and major bureaucratic hoops to jump through that caused people to miss family celebrations and tragedies, Lipman called on the Knesset to open its borders to vaccinated tourists once the Omicron variant had already begun to spread in Israel.

The consequences of the decision to prevent travel to slow the spread of Omicron were “massive,” he told JNS, especially among new immigrants whose livelihood depends on commuting, as well as dual citizens visiting Israel who were not allowed to travel home without approval.

Yad L’Olim and Israel’s population authority—a 10-person staff working in shifts—explained Lipman, were bombarded with requests, spending literally day and night trying to help tens of thousands of people requesting permissions to go and come. “The system was shutting down; it was mass pandemonium.”

The changes also prevented tour groups from entering Israel, including gap-year programs, yeshivas and seminaries, Birthright and other delegations.

Lipman stands in agreement with the masses who have expressed that Israel should take the Diaspora and non-Jewish travelers to Israel in mind when making decisions that impact them.

“There are widespread negative feelings in the Diaspora of being an afterthought,” said Lipman. “Repairing that relationship needs to take place.”

Yad L’Olim, he emphasized, is working to make that happen by impacting Israeli policy through its work with Knesset members, ministers and their staff, as well as clarifying new rules related to the coronavirus and any other issues related to olim, their families and global Jewry.

Lipman isn’t the only Israeli leader that has raised concerns over how the country’s coronavirus policies affect its relationship with Israel. Israel’s former Ambassador to the United Nations and chairman of World Likud Danny Danon also recently called on Israel’s Ministry of Health to allow Jews to visit Israel under necessary restrictions, thus preventing further damage to the singular connection Israel has with Diaspora Jewry.

He referred to a recent Israel-wide survey that found that more than half of Israelis feel that relations with the Diaspora were harmed by the now-amended government policy not to allow Diaspora Jews to enter Israel due to fear of the spread of coronavirus. Some 58 percent believe that the relationship was damaged, and more than 60 percent think that Jews living abroad should be allowed to come into Israel, and that the government should open Israel’s doors under humanitarian circumstances and in conjunction with coronavirus requirements.

Danon noted that the 500-person survey, commissioned by World Likud and conducted by the Shiluv i2R Institute, emphasized that “many Israelis are expressing solidarity with Diaspora Jews and think that we need to establish special circumstances for Jews who wish to visit Israel, especially in humanitarian cases.”