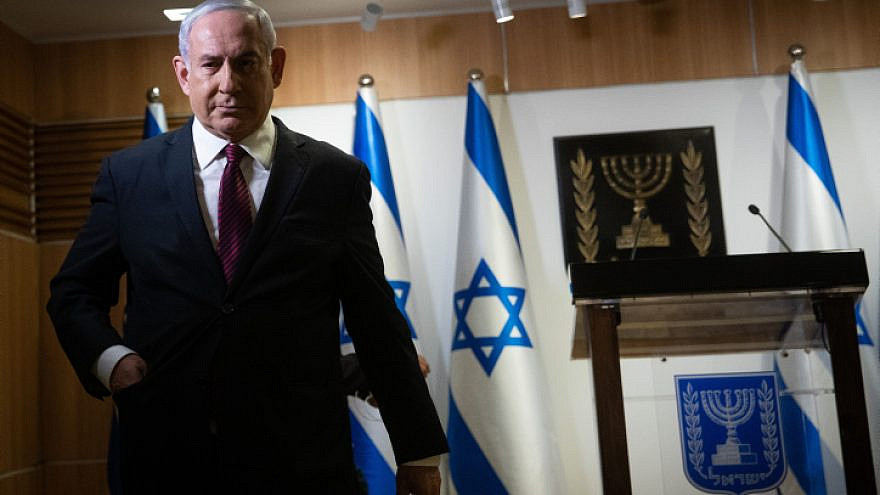 (December 22, 2020 / JNS) Israel’s government collapsed on Tuesday, forcing the Jewish state into yet another election—the fourth in the last two years.

The government automatically dissolved on Tuesday at midnight after it failed to pass a budget for 2020. The move came after weeks of infighting and paralysis amid the so-called unity government that was formed last spring by Israeli Prime Minister Benjamin Netanyahu of the Likud Party and Defense Minister Benny Gantz of Blue and White, which had turned Likud’s chief rival into a coalition partner.

While Likud held up budget talks, Blue and White refused to budge on compromises regarding key justice appointments, including for attorney general and state attorney.

While Gantz had been Netanyahu’s chief political opponent in the past three elections, polls show that his Blue and White Party will barely pass the threshold for the next election. Instead, the prime minister faces his stiffest challenge from rivals on the right, including former Likud minister Gideon Sa’ar, who recently established his New Hope Party, and Yamina leader Naftali Bennett.

Since a new election must take place three months after the collapse of the Knesset, the next round is scheduled for March 23.

It will take place amid the backdrop of the ongoing coronavirus pandemic as well as Netanyahu’s own corruption trial, which is scheduled to move into the courtroom early next year.

In an address on Tuesday night, Netanyahu touted his achievements battling COVID-19, as well as forging normalization deals with Arab countries. He assured that Likud would have a “huge win.”

“The majority of the citizens of Israel see our leadership and our tremendous achievements,” he said in a televised address on Tuesday evening. “We are bringing in millions of vaccinations, delivering historic peace agreements, curbing the Iranian threat and turning Israel into one of the world’s leading economies.”