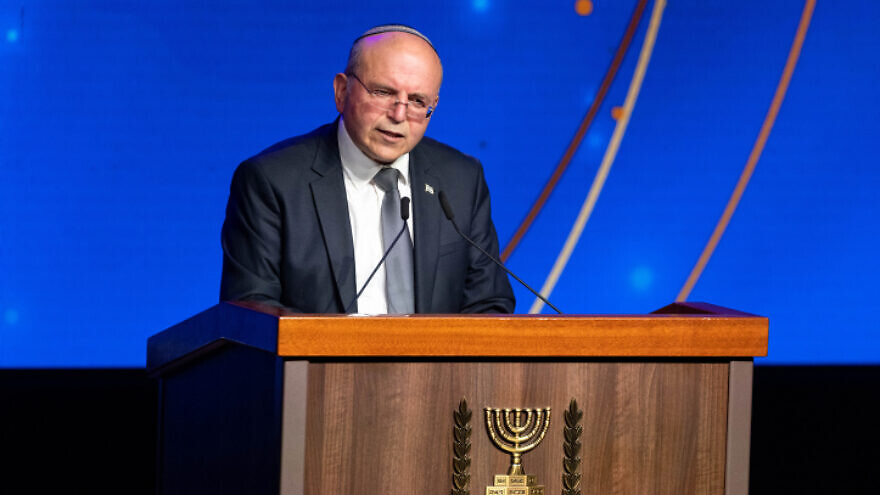 (July 1, 2021 / JNS) Israeli National Security Adviser Meir Ben-Shabbat informed Prime Minister Naftali Bennett on Wednesday that he will be stepping down at the end of August.

Ben-Shabbat, who has served in the position for four years, acceded to Bennett’s request upon the formation of Israel’s new government to stay on to help with the transition, according to an official statement.

Bennett thanked Ben-Shabbat for his contribution to Israel’s national security, saying the departing National Security Council head “has a deep understanding of the diplomatic and security challenges facing the State of Israel.”

“I would like to commend Meir Ben-Shabbat for the long years in which he has successfully and professionally contributed to the security of Israel,” Bennett said.

Ben-Shabbat was appointed by former Prime Minister Benjamin Netanyahu in 2017. He oversaw the Abraham Accords, the normalization agreements between Israel and several Muslim states, including Morocco, which Ben-Shabbat said was “especially significant” as he’s of Moroccan heritage.

Netanyahu thanked Ben-Shabbat “from the bottom of my heart” for his contributions. “Meir has greatly assisted me in overt and covert actions to ensure our security and future, and in achieving the historic peace agreements we have reached between Israel and the Arab states.”

Ben-Shabbat also played a role in Israel’s battle against the COVID-19 pandemic.

The prime minister will appoint his replacement “in the near future,” according to the statement.