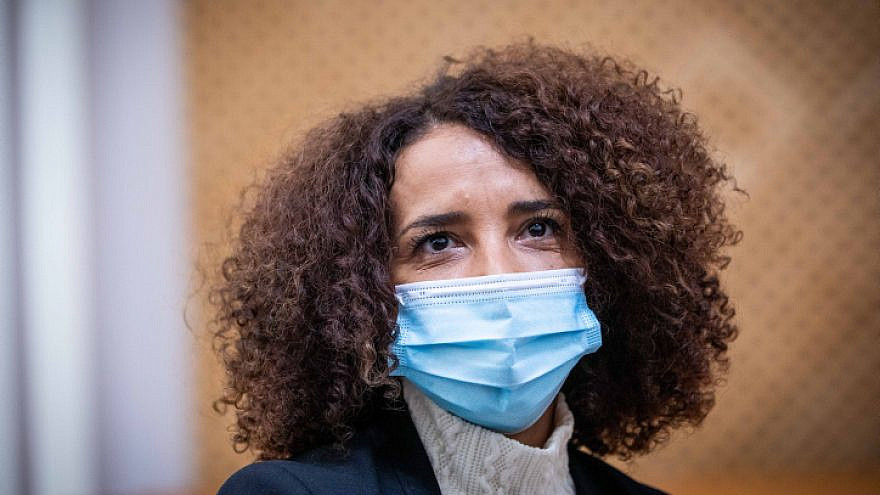 (March 1, 2021 / Israel Hayom) Israel’s Supreme Court on Sunday overturned a ruling by the Central Elections Committee that banned Ibtisam Mara’ana-Menuhin, No. 7 on the Labor Party’s Knesset slate, from vying in the March 23 election.

Mara’ana-Menuhin, an Arab-Israeli filmmaker from Jaffa who is married to a Jew, has made highly controversial anti-Zionist statements. She has also faced criticism for slamming the Israel Defense Forces and for her public refusal to observe the two-minute siren on Memorial Day—for which she later apologized on social media.

Her nomination on Labor’s Knesset list sparked a public uproar, prompting the far-right Otzma Yehudit Party to petition the Central Elections Committee to have her disqualified, which the committee backed.

The Labor Party welcomed the decision, saying, “The Supreme Court has spoken. Ibtisam Mara’ana has expressed remorse for the statement that she made more than a decade ago.”

Attorney General Avichai Mandelblit had also opposed banning Mara’ana-Menuhin from running in the elections, saying that her past statements, controversial as they were, did not merit the move.

“While her behavior is contemptible, it does not negate Israel’s right to exist,” wrote Chief Justice Esther Hayut. Justice Daphne Barak-Erez added, “Running in the elections is not a ‘prize’ afforded only to model citizens or to those whose opinions conform to others.’ ”

Attorney Guy Busy, who represented Mara’ana-Menuhin, welcomed the ruling. “The Supreme Court has saved the politicians who sit on the Elections Committee from themselves. The disqualification of a slate or of [individual] candidates must be done sparingly and in exceptional cases only.”

“The only thing it proves is that the judiciary is in need of comprehensive reforms,” Yamina said in a statement.

Itamar Ben-Gvir, leader of the far-right Otzma Yehudit Party, who filed the petition seeking to ban Mara’ana-Menuhin from the elections, said that the ruling “again proves that the court can’t even disqualify a terror sympathizer” from running for office.

A statement by the Religious Zionist Party said, “The Supreme Court again shows contempt for the legislature, ignores the letter of the law and sides with the enemies of the Israeli public. After repeatedly banning right-wing candidates over statements for which they, too, expressed remorse, the court decided to support a candidate who denies Israel’s right to exist, scorns the memory of the Holocaust and aspires for the annihilation of Israeli cities, all based on a half-hearted apology.”

Knesset Speaker Yariv Levin said: “The Supreme Court has once again failed to defend the most basic values of the State of Israel.”