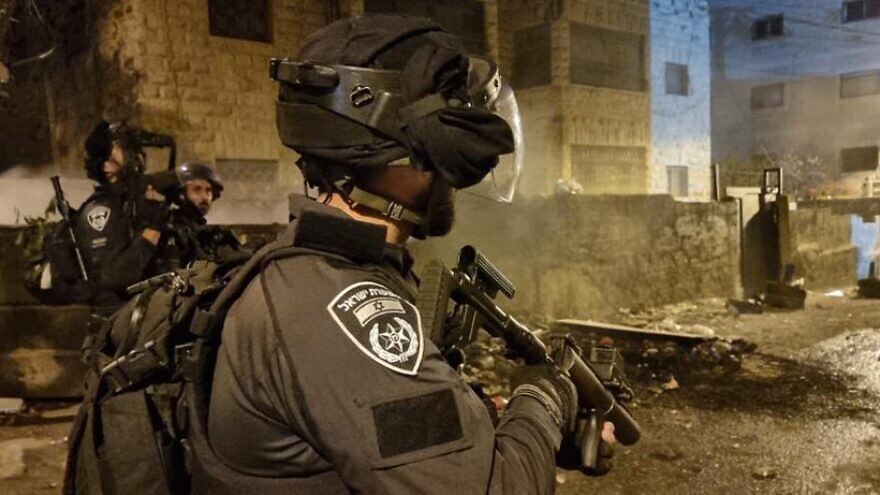 (October 11, 2022 / JNS) Israeli security forces continue their search for a Palestinian who shot and killed IDF Military Police Sgt. Noa Lazar at the Shuafat checkpoint in northeastern Jerusalem on Saturday.

The suspect has been identified as Uday Tamimi, 22, from Shuafat.

Doctors at Hadassah Medical Center in Jerusalem continue to treat a security guard, 30, who was shot in the head in the attack. His condition is described as serious and not stable.

The funeral for Lazar, 18, from Bat Hefer, was held in Kfar Yona, east of Netanya, on Monday night, attended by dozens of her relatives and friends.

“You, the soldiers, together with additional IDF combat units and Israeli security forces, constitute our first line of defense. Thanks to your ongoing efforts, terrorist attacks are being prevented and counterterrorism activity is carried out on a daily basis,” he said.

During his visit, Kochavi conducted an initial debrief and spoke with commanders and soldiers of Company B of the Military Police’s Erez Battalion, in which Lazar served.

“We are meeting under painful circumstances. However, this is still a chance to express gratitude to you, the commanders and soldiers, for your continuous activity throughout the year.  I would also like to take this opportunity to send my condolences to the Lazar family. I embrace them in these difficult moments and wish them strength,” said Kochavi.

He added, “We will need to learn from this incident and draw the appropriate conclusions in order to prevent incidents of this sort from repeating themselves in the future. This is our responsibility and we will do so with deep commitment.”