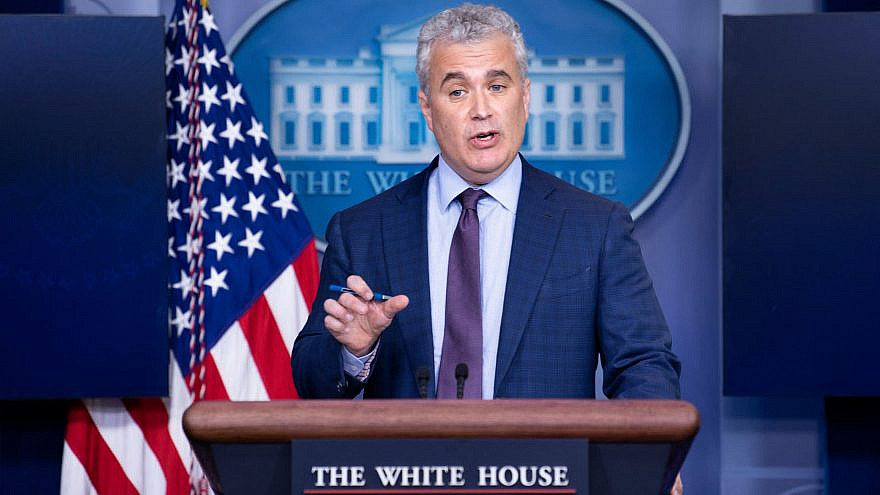 (January 23, 2023 / JNS) President Joe Biden has chosen his second Jewish chief of staff, with Jeff Zients, 56, set to take over from Ron Klain.

Klain will step down from the job following the State of the Union address, which is set for Feb. 7, The Washington Post reported. The White House had no comment on the story.

Former Sen. Ted Kaufman told the newspaper that Zients is “incredibly well qualified for the job, and he is someone the president has seen in action.

“In my experience, as a chief of staff and a manager, he’s among the best I’ve ever worked with,” Kaufman added.

The Post notes Zients’s long experience in the public sector working as a management consultant and running the Advisory Board Company consulting firm.

He moved to the public sector when he joined the Obama administration, for which he ran the Office of Management and Budget and the National Economic Council, and was heavily involved in the initial rollout of the Obamacare program.

After serving on the board of Facebook, Zients joined the Biden 2020 presidential campaign and later oversaw the administration’s efforts to combat the Covid-19 pandemic.

Fauci described Zients as “just an extraordinary individual and talented, intellectually as sharp as you can get, an incredible, get-it-done type person.”

Two Jewish chiefs of staff “with nary a mention of it indicates how comfortable Jews have become in America,” Troy said. “At a time of rising antisemitism, this is a good sign for Jews about how welcoming this country is and has been.”