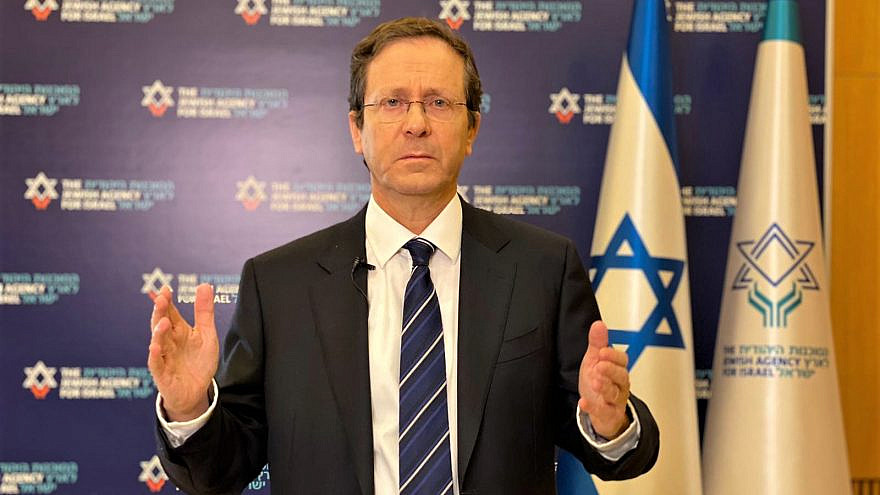 (January 27, 2021 / JNS) Isaac Herzog, chairman of the executive of the Jewish Agency for Israel, has called on European leaders to take decisive measures in combating anti-Semitism and vehemently counter repeated attempts at creating an unsafe and unwelcoming environment for European Jewish life.

In an address on Wednesday in commemoration of International Holocaust Remembrance Day as part of an event hosted by the European Jewish Association, Herzog noted that the Jewish Agency recently carried out research in partnership with the Institute for National Security Studies think tank, the results of which demonstrated that in a number of key European countries, extremist parties from all sides of the spectrum “are polluting the political and public discourse with anti-Semitic tropes and rhetoric, while traditional centrist parties are growing weaker.”

“Sadly, we found that 76 years after the Holocaust, there are a growing number of politicians in Europe who intentionally use anti-Semitic language and ideas for political gain,” he said. “And together with the rise in anti-Semitism, we are seeing increasingly blatant attempts to distort or deny the history of the Holocaust.”

He also referenced the recent ban on kosher slaughter in Belgium and similar attempts to ban circumcision taking place in Europe.

Herzog sent an urgent communication to European heads of state last month to speak out against legislation prohibiting kosher slaughter that was upheld by the European Court of Justice, which rejected an appeal brought by the Belgian Jewish community. Jewish leaders and communities are concerned that other European nations will adopt similar legislation, preventing Jews across Europe from living a traditional religious life as they have done on the continent for thousands of years.

“European governments have a special responsibility not only to preserve the memory of the past but to ensure that today’s European Jewish communities can live safe, open Jewish lives, practicing their traditions freely,” he affirmed. “Unfortunately, legislation and initiatives in Europe against kosher slaughter, and similar efforts such as attempts to ban circumcision, not only make it more difficult for Jews to practice their religion but also send a clear signal to European Jews that their rights are not respected, and that ultimately, their way of life is not welcome in today’s Europe.”