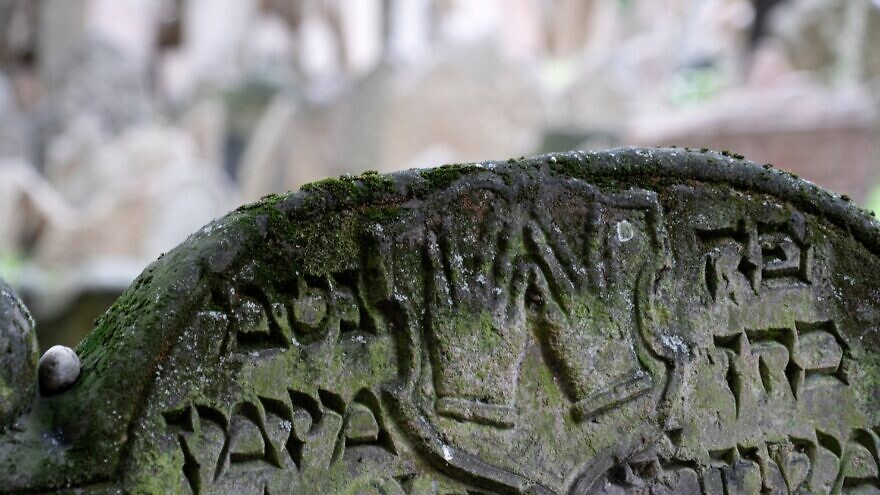 (September 13, 2022 / JNS) A new memorial unveiled in Prague pays tribute to the desecrated Jewish headstones that were used to pave roads in the Czech Republic’s capital when the city was under a Communist regime.

“The Return of the Stones” monument, which is made up of more than 15,000 pounds of broken Jewish tombstones, was unveiled on Sept. 7 in Prague’s Jewish cemetery, reported   The Guardian. The cobblestones were excavated in Prague’s Wenceslas Square in May 2020.

The headstones were originally taken from Jewish cemeteries in the northern Bohemia region during Prague’s Communist period, which ended in 1989, and laid in Wenceslas Square. The project took place ahead of then-Soviet leader Mikhail Gorbachev’s visit to Prague in 1987, wrote the paper.

The new monument was commissioned by the local Jewish community and funded by private donors, along with a public fundraising campaign. It was created by Czech sculptor Jaroslav Róna and his wife, Lucie, an architect.

“The idea is that the memorial acts as a place of meditation and commemoration for those people who know that the cemeteries where their relatives lay were destroyed,” said Róna. “They can come here and spend some time.”

More headstones are expected to be discovered in Wenceslas Square during future construction and will be added to the memorial, according to The Guardian.