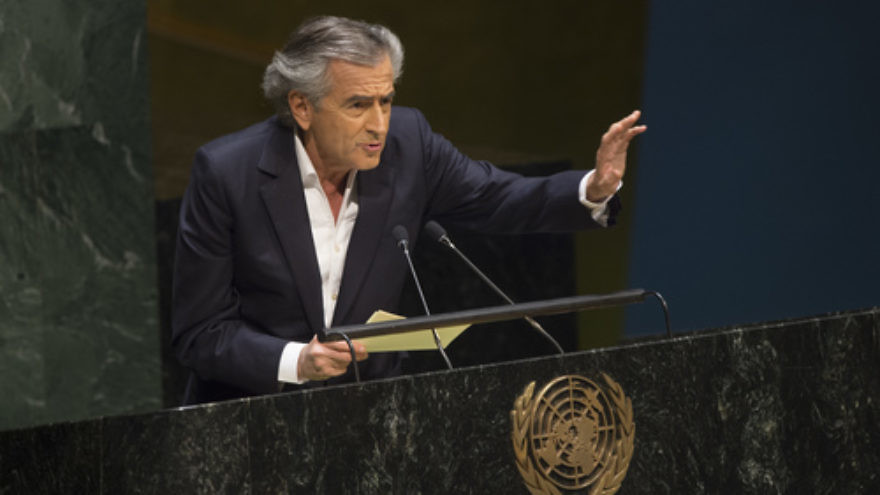 (December 5, 2022 / JNS) The Jewish Institute for National Security of America (JINSA) on Monday called on the Biden administration to take immediate action to stop Iran from killing U.S. citizens overseas and for plotting assassinations domestically.

In a Washington Examiner opinion piece, Gabriel Noronha, a fellow at JINSA’s Gemunder Center for Defense and Strategy, called for a military response against Iran to protect nearly a dozen U.S. officials and exiled dissidents living under a threat of attack.

The op-ed mentions Iran’s launch of ballistic missiles and suicide drones into Iraqi Kurdistan on Sept. 28, in an attack that killed 14 civilians, including a U.S. citizen. Noronha also points to U.S. citizen Stephen Troell being gunned down on the streets of Baghdad by an Iranian-backed militia group on Nov. 7.

The Washington Post reported this week that, among dozens of plots that have been uncovered and thwarted, one Iranian assassination plan targeted French Jewish philosopher Bernard-Henri Levy—an outspoken critic of repressive regimes.

Noronha suggested that President Joe Biden order missiles to be fired at the headquarters of Iranian intelligence or to sink an Iranian intelligence vessel that supports Iran’s terror operations around the Persian Gulf. Thus far, wrote Noronha, there has been no military response from the U.S. government despite the serious threats of assassinations from the Iranian regime.

“The U.S. government’s first responsibility is to provide for the defense of its citizens,” Noronha wrote. “No American who heeds the call of public service should have to live for years under the threat of assassination by a foreign power, much less while living in the U.S. with their family. [President] Biden must take action now to end these despicable Iranian plots.”In response to a brutal stabbing attack on author Salman Rushdie last August, the U.S. Treasury Department sanctioned an Iranian organization that increased the bounty on Rushdie, which was put on after a fatwa (religious edict) was issued against the novelist by the Ayatollah Khomeini after the 1989 publication of his book, The Satanic Verses. The Treasury Department said the Iranian entity 15 Khordad Foundation encouraged the attack on Rushdie, which left him severely injured.