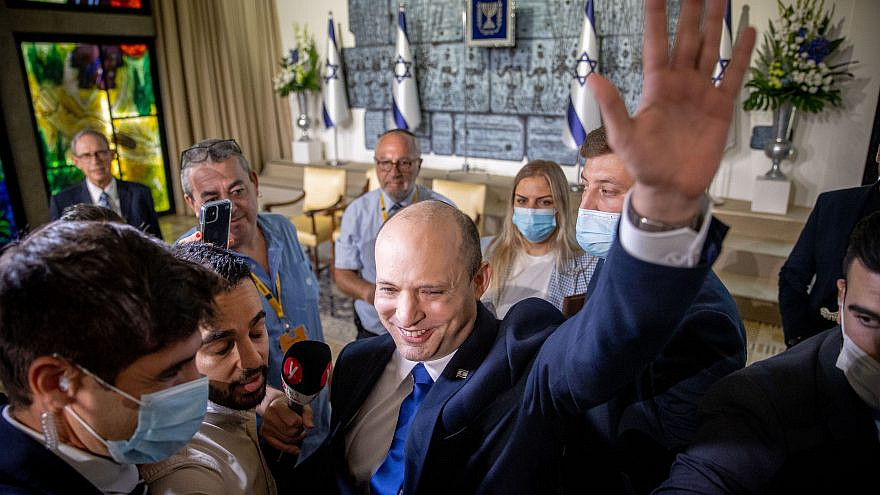 (June 15, 2021 / JNS) Following a vote of confidence in the Knesset on Sunday, leaders from organizations with an interest in Israel from the United States and around the world sent congratulations to the new democratically elected Israeli leaders while bidding farewell to longtime former Prime Minister Benjamin Netanyahu.

Israel’s new coalition reached a power-sharing agreement after forming a government from a diverse group of parties, including representatives from the left, right and center of Israeli politics, and even an Arab party, as part of the governing coalition for the first time in Israel’s history.

The government is the first to be formed after Israel held four separate elections in the course of the past two years with no conclusive results. The coalition government’s power-sharing arrangement codified Yamina Party leader Naftali Bennett as Israel’s new prime minister for the first two years, after which Yesh Atid Party leader and new Foreign Minister Yair Lapid will serve as prime minister for two years.

Organizations like the Conference of Presidents of Major American Jewish Organizations, Hadassah and the American Jewish Committee heralded the success of Israel’s democracy and peaceful transfer of power after last month’s conflict with Hamas in the Gaza Strip.

“Coming just weeks after thousands of rockets were launched at Israel by Iran-backed Hamas terrorists, the new government’s formation demonstrates the strength and resilience of Israeli democracy, which has flourished through war and peace for more than seven decades,” said a joint statement from Conference chair Dianne Lob, CEO William Daroff and vice chair Malcolm Hoenlein. “We look forward to working with Israel’s new diverse unity government to continue to deepen the bonds between the United States and Israel, counter the growing threat posed by Iran and combat the scourge of anti-Semitism in all its manifestations.”

AIPAC tweeted on Sunday, welcoming the new government and Bennett, saying that the organization looks “forward to further bolstering the bond between the United States and Israel as the two democracies work in close partnership to advance our shared interests and values.”

B’nai B’rith International president Charles O. Kaufman and CEO Daniel S. Mariaschin co-wrote a letter to Bennett, writing that he can count on the organization’s support on a wide array of issues.

“The challenges and threats Israel faces each day are many, as you assume your new position,” they wrote. “The need for maintaining a strong Israel-Diaspora relationship is now more evident than ever.” 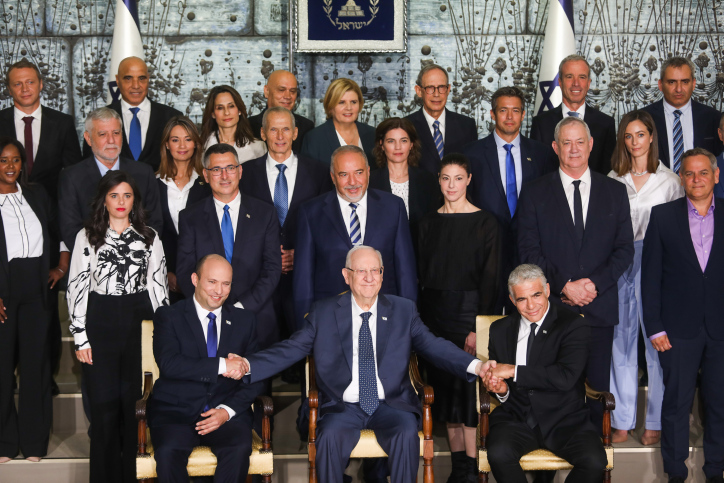 Jonah Cohen, CAMERA’s communications director, said “the democratic nation of Israel is a sharp contrast to the theocracy in the Gaza Strip under Hamas and the autocratic rule in the West Bank under the Palestinian Authority’s Mahmoud Abbas, who is in his 17th year of a four-year term. Media reports should keep these obvious political differences front and center in future coverage.”

“No coalition has ever represented the entire Israeli political spectrum, and neither does the new one,” StandWithUs said in a statement. “However, this attempt at unity across political, ethnic and religious differences is unprecedented. We hope it becomes a positive example not only for Israelis, but for a Middle East where these types of divisions have fueled far too many years of violence, instability and suffering.”

AJC CEO David Harris said “the new Israeli government reflects the country’s diversity and is determined to pursue peace, security and prosperity. AJC looks forward to working with the new coalition, as we have consistently done with every Israeli government since 1948, and we wish the leadership every success.”

Jewish Federations of North America president and CEO Eric Fingerhut said that after meeting the new Israeli leaders during a recent mission to Israel, he was confident that they will work to strengthen Israel and the Jewish people. He was also hopeful that the coalition government would mean stability for Israel.

“We are also particularly pleased to see an Arab party join the ruling coalition, which is not just unprecedented but also symbolizes ever-greater integration of the Arab sector into Israeli shared society,” Fingerhut wrote in a news release. “We are excited to begin working with the new government and wish all these leaders strength and success.”

JFNA’s board chairman Mark Wilf said, “JFNA sends Prime Minister Naftali Bennett and the entire incoming Israeli government a warm embrace as they embark on this new chapter in modern Israeli history. Federations are eager to work closely with the incoming government and look forward to working together to build bridges between Israel and global Jewry.”

Hadassah, the Women’s Zionist Organization of America, which operates two hospitals in Jerusalem, extended its best wishes to the new government, saying that its members in the United States are ready to support it.

“Israel’s leaders will undoubtedly continue to provide for the safety and security of her people, fight anti-Semitism, develop relationships with new allies and deepen the enduring U.S.-Israel relationship,” national president Rhoda Smolow said in a release. “Hadassah members in the United States stand ready to help draw our nations closer together, and to protect and strengthen Israel against threats from near and far.” 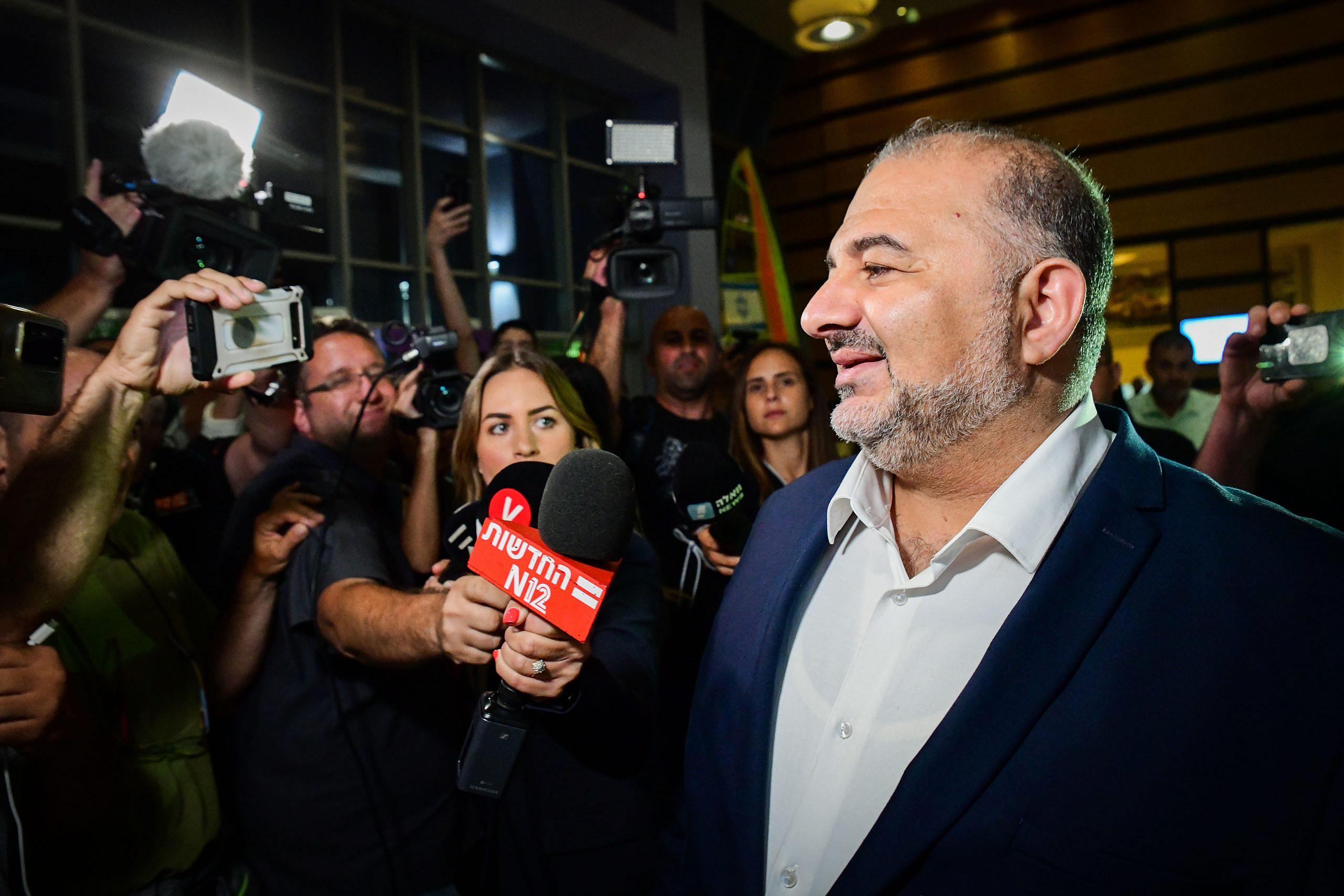 Mansour Abbas, head of the Ra’am Party, arrives for coalition talks at the Maccabiah Village in Ramat Gan on June 2, 2021. Photo by Avshalom Sassoni/Flash90.

‘Respecting Israel as a democracy to make its own internal decisions’

Jürgen Bühler, president of the International Christian Embassy Jerusalem, released two letters—one to Israel’s new government and another to Netanyahu.

The letter to the new government offered congratulations to the respective leaders and reassured them that Christian support for Israel will remain strongly behind the Jewish state.

“There is much responsibility on your shoulders now, but we know you represent a new generation of forward-looking leaders who care deeply about Israel’s future. We hope and pray your government and cabinet will bring stability and success to the entire nation,” wrote Bühler. “We also want to reassure you and the Israeli people that Christian support for your nation is steadfast and anchored in timeless biblical principles. You can rely on us to always be responsible partners with Israel as we seek to make practical and constructive contributions to the safety and well-being of the whole nation, while respecting Israel as a democracy to make its own internal decisions.”

Not every organization, however, was bullish on a new Israeli coalition government.

The Zionist Organization of America and its national president, Morton A. Klein, expressed concern over the inclusion of the Arab nationalist party Ra’am and left-wing parties such as Meretz.

Klein spent the weeks before Sunday’s Knesset vote warning about the potential hazards of including Ra’am in the ruling government, saying in a news release and an op-ed that the Muslim Brotherhood-affiliated Ra’am was a “treasonous party.”

Ra’am, he said, openly opposed Israel as a Jewish state with Jerusalem as its capital, calls for the right of return for Palestinians, opposed the Abraham Accords and labels Zionism racism. Its members have also supported Hamas’s actions on numerous occasions, he said.

Klein wrote in a news release that while Ra’am leader Mansour Abbas’s speech in Hebrew comforted Israelis, it contrasted with his remarks in Arabic, which proclaimed that his party would return Arab lands to the Arab people and that a “future Palestine” would be the “diamond in the crown of the Arab Islamic community.”

While he opposed the formation of the coalition government, Klein’s news release on Monday nevertheless congratulated Bennett and the right-wing members of the new government. 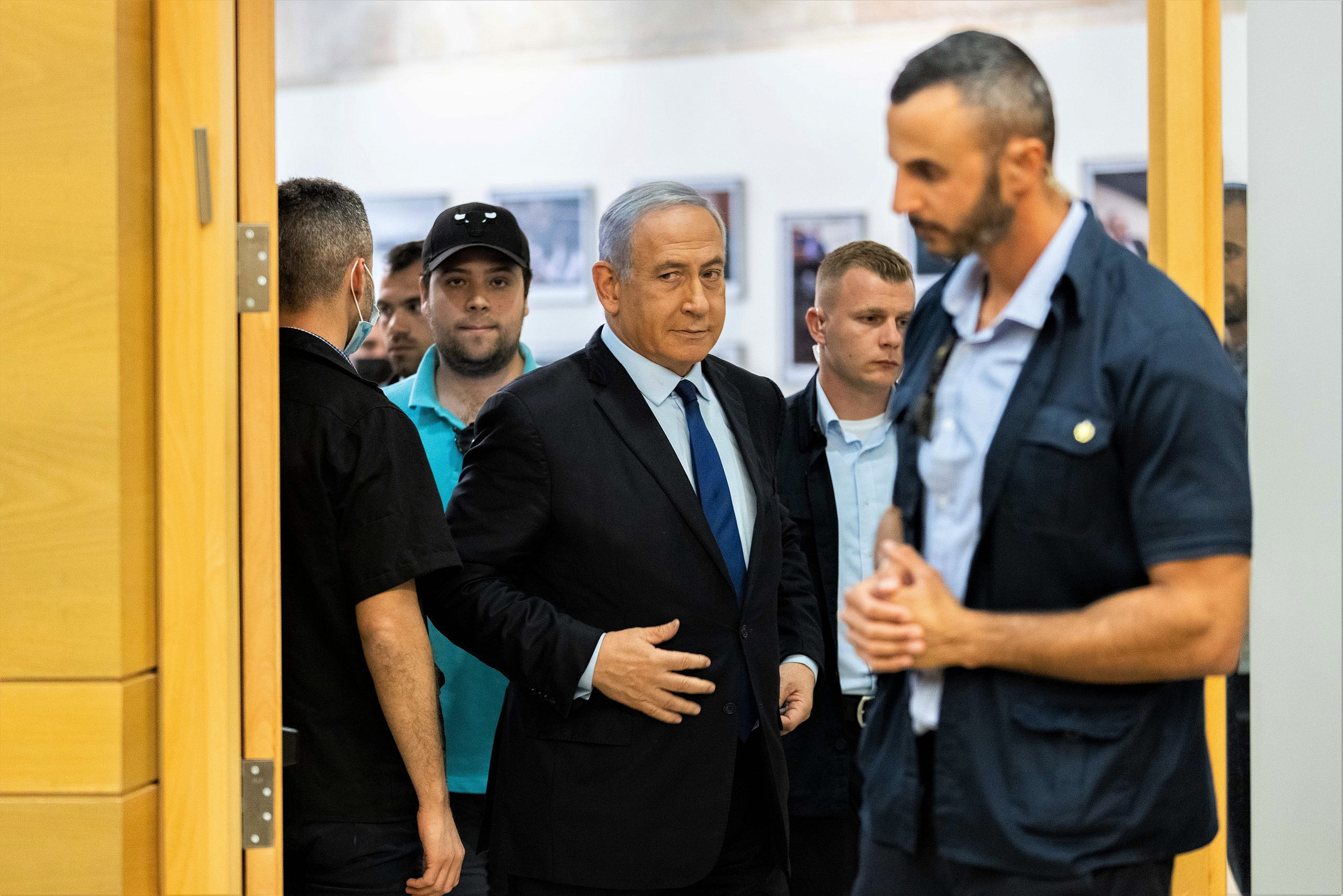 Former Israeli Prime Minister Benjamin Netanyahu speaks during a press conference at the Knesset on May 30, 2021. Photo by Yonatan Sindel/Flash90.

‘An indelible mark on the entire region’

After 15 years as prime minister, including 12 years consecutively, Netanyahu now becomes the leader of the opposition. Over the years, he had built extensive and strong relationships with organizational leaders, especially in the United States.

Wilf sent Netanyahu and his government his “sincere gratitude” for such dedicated service to Israel and his steadfast friendship with North American Jews.

Netanyahu is also notable for the support he brought Israel from Christian organizations and the special regard Netanyahu displayed for the pro-Israel Christian community.

“There can be no doubt that evangelical Christians around the world greatly respect and admire your leadership, not only as Israel’s longest-serving prime minister but also as a generational statesman for Western democracy. Your bold and articulate defense of Israel and the ideals of Zionism, and of our shared democratic rights and freedoms will always be held in high regard by Christians worldwide,” Bühler wrote in the ICEJ’s letter to Netanyahu.

“His immense legacy, including the Abraham Accords, leaves an indelible mark on the history of Israel and the entire region,” they wrote.

“The prime minister of Israel is unquestionably among the most challenging leadership positions in the world,” he said. “Prime Minister Netanyahu demonstrated impressive leadership on many issues, including expanding Israel’s diplomatic ties with nations around the world, extending peace with four Arab countries, maintaining Israel’s security in a volatile region, promoting achievements in innovation, spearheading the widely admired handling of the COVID-19 pandemic and explaining eloquently Israel’s challenges on the global stage.”