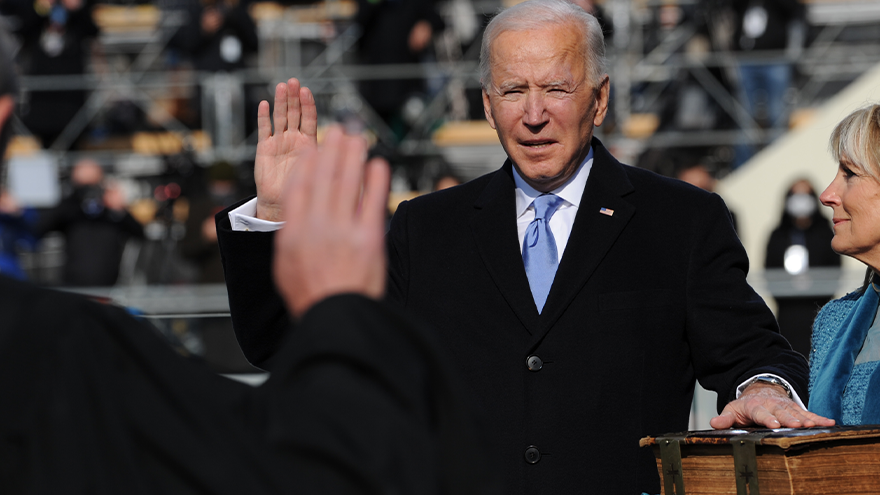 (June 2, 2021 / JNS) A survey commissioned by the American Jewish Committee, released on Wednesday, indicated that support for U.S. President Joe Biden among American Jews remains strong, while a political rift continues between the Orthodox Jews and other denominations, including unaffiliated Jews.

The annual survey by the AJC asked 1,000 Jews who self-identified with various denominations their opinion on Biden’s performance on various issues. According to an AJC news release about the survey, opinions between the various denominations still closely match Biden’s support in the 2020 election.

Jews in the United States came out overwhelmingly in favor of Biden in November; he received 68 percent of the Jewish vote with former President Donald Trump receiving 21 percent. An additional 4 percent of Jews voted for another candidate and 5 percent did not vote.

The survey also asked about Israel’s relationship with its neighbors and prospects for peace in the region.

Thirty-three percent of American Jews are more optimistic about Israel’s prospects for peace with its Arab neighbors than they were a year ago, 20 percent are less optimistic and 46 percent said there has not been any change.

Of prospects for peace between Israel and Palestinians, 60 percent said not been much has changed compared to a year ago, 25 percent are less optimistic, and 14 percent are more optimistic. The results are similar to AJC’s 2020 survey results.

AJC’s survey was conducted by the research company SSRS, interviewing 1,000 Jews age 18 and older by telephone between March 25 and May 9. The margin of error is plus or minus 4.5 percent at a 95 percent confidence level.