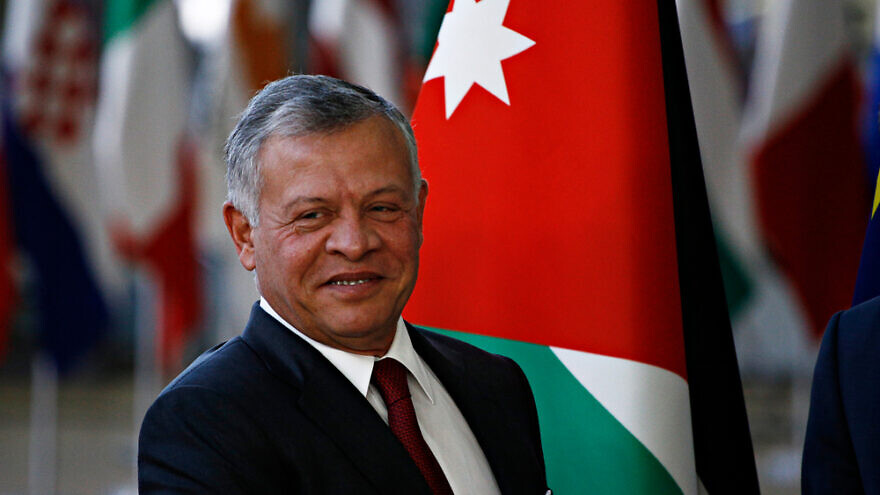 (April 7, 2022 / JNS) The Negev Summit that took place on March 27 may have included a number of important foreign ministers from the region, but one was notably missing: Jordan’s Deputy Prime Minister and Foreign Minister Ayman H. Safadi.

Why was he glaringly absent from the talks?

Eran Lerman, former deputy director of the National Security Council and current vice president of the Jerusalem Institute for Strategy and Security, told JNS that Jordan believes it should “keep a distance from the emerging regional alliance and retain an individual posture.”

That alliance, which currently includes the United Arab Emirates, Bahrain, Egypt and Morocco, is focused heavily on the Iran issue, as well as economic and security issues, and less on the Palestinian issue.

This new agenda, which officially started with the signing of the Abraham Accords in 2020 and deviates from the years-long focus on the Palestinians, is problematic for Jordan, which has made the Palestinian issue central to its foreign policy vis-à-vis Israel.

For Jordanian leader King Abdullah II, the Abraham Accords notwithstanding, Palestinian statehood still must come first before other domestic and international progress. 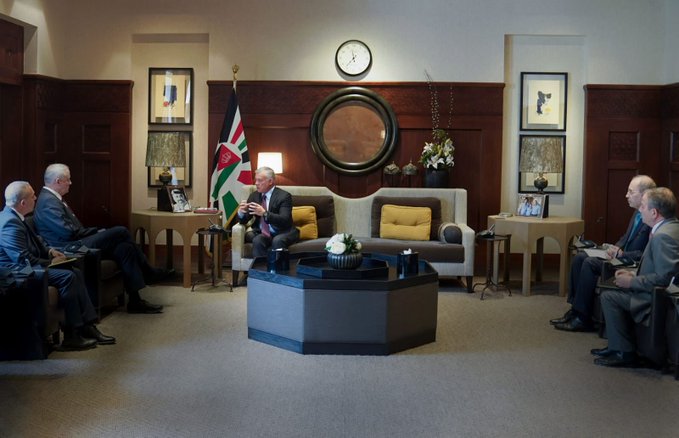 Yet with all of his thundering about Palestinian grievances, Abdullah still operates 10 refugee camps for 2 million Palestinians in Jordan, many of whom have no rights. Jordan’s sympathy for the Palestinians extends only to those who live under Palestinian Authority rule in the disputed territories known widely as the West Bank.

According to Lerman, Jordan has “much the same interest” as Israel in preventing violence and sustaining the status quo in Jerusalem.

The Jordanian king met Israeli Foreign Minister Yair Lapid on March 10 to discuss strategies for containing unrest during Ramadan. Lapid’s visit came amid a flurry of Israeli visits to Amman as relations between the two countries continue to improve.

“At the end of the day,” said Lerman, “Jordanian stability is a huge asset, and the open channel is very important.”

That open channel became especially pertinent this year as Ramadan coincides with Easter and Passover.

It is because of this open channel between Israel and Jordan that Abdullah agreed to a rare visit with Palestinian Authority leader Mahmoud Abbas in Ramallah on March 28, where he reportedly spoke of the need for calm during Ramadan.

On the other hand, this open channel does not prevent Jordan from criticizing Israel openly, perhaps because Jordan’s leadership feels the need to demonstrate its concern for the Palestinians and the status quo.

A case in point: The Jordanian Foreign Ministry on Monday condemned Israel for allowing Jewish visits to the Temple Mount during Ramadan.

Also, Abdullah spoke to Israeli Prime Minister Naftali Bennett on Sunday and urged him to avoid actions that could provoke violence in Judea and Samaria, and demanded that Israel not impinge on the right of Muslims to worship on the Temple Mount during Ramadan. It is unclear if the two leaders addressed the ongoing Arab riots taking place each evening at the Old City’s Damascus Gate in Jerusalem.

‘A strategic move against them’

Michael Milstein, head of the Palestinian Studies Forum at the Moshe Dayan Center for Middle Eastern and African Studies, explained that Jordan was absent from the Negev Summit because Abdullah is afraid of the potential fallout in his own country.

“He was afraid to be portrayed as a leader who cooperates with a project that most of the Palestinians (including his citizens) view as a strategic move against them,” said Milstein.

He explained that Abdullah understands that any unrest on the west bank of the Jordan River can directly affect the east bank.

Jordan’s internal economic situation is shaky and Abdullah’s support from tribal leaders, upon which he relies heavily to remain in power, has been weakened.

The aim of Abdullah’s visit, according to Milstein, “was to make sure the P.A. promotes efforts in order to preserve stability and also to make sure the Jordanians will keep their traditional (but limited) influence on the Temple Mount.”

If Abdullah does not want to join the Abraham Accords and insists on movement on the Palestinian statehood front first, is there at least a goal he intends for Jordan and Israel to reach? Do both countries want to improve relations and get to a certain level of cooperation, such as in tourism and business, or just to keep the status quo for now?

According to Milstein, for now, the two countries have one limited interest and that is: quiet.

“Maybe after Ramadan, a new strategic horizon will be developed,” he said. “It’s very good that mutual relations are being improved, and it’s obvious that a stable kingdom is Israel’s prominent interest.”