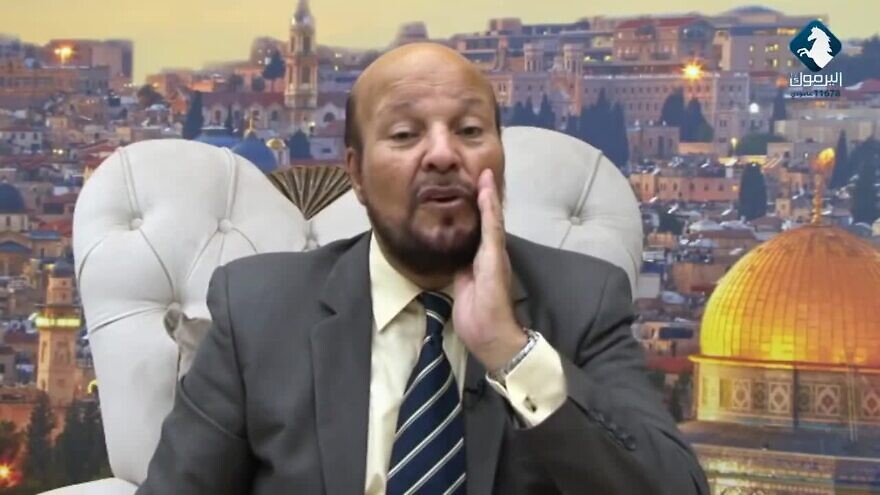 (April 11, 2021 / MEMRI) A Jordanian professor said earlier this month that while the term “Zionists” must be used instead of “Jews” lest one be “canceled,” there is no difference between the two. Furthermore, said Professor Ahmad Nofal, this need for circumscribed language is proof that the “Zionists” control the world.

“See how they rule the world? They even monitor what words you use. What kind of power is this? If you curse 1.7 [sic] Muslims, there’s nothing to it. But if you dare to say one word (against the Jews), they cancel you,” Nofal told Jordan’s Yarmouk TV on April 2.

Noval’s remarks were part of an anti-Semitic, anti-Western diatribe in which he called Freemasonry a “Zionist movement” and accused the United States of genocide.

“Global Freemasonry is a Zionist movement. I shouldn’t say this, you say? So what is it, a nationalist movement? Is it a humanist movement? No, my dear. Zionism came up with the notion of Freemasonry,” he said. “‘Masonic lodges’ and whatnot … the ‘Grand Master’ … these are all Zionist notions. Jewish notions … call them whatever you like. But it is forbidden to say “Jewish” nowadays … forbidden! Fine, whatever. We’ll say ‘Zionist.’ It is the same thing,” he added.

Nofal encouraged all his listeners to examine themselves for signs of Western corruption.

“We need to make sure that Western culture has not changed our notions and our tastes without us even noticing,” he said. “It is like someone who undergoes a surgery under anesthesia. That’s what the Zionists do. They harvest organs from our [Palestinian] patients. They chop off part of the liver … you know that when you cut part of the liver it grows. Sometimes they plant illnesses in you when you are under anesthesia,” he added.

The United States, he continued, had “annihilated only 140 million Red Indians, and 40 million Africans. That’s about 200 million. You killed them so that America could become America. And you are still killing them for being black.”