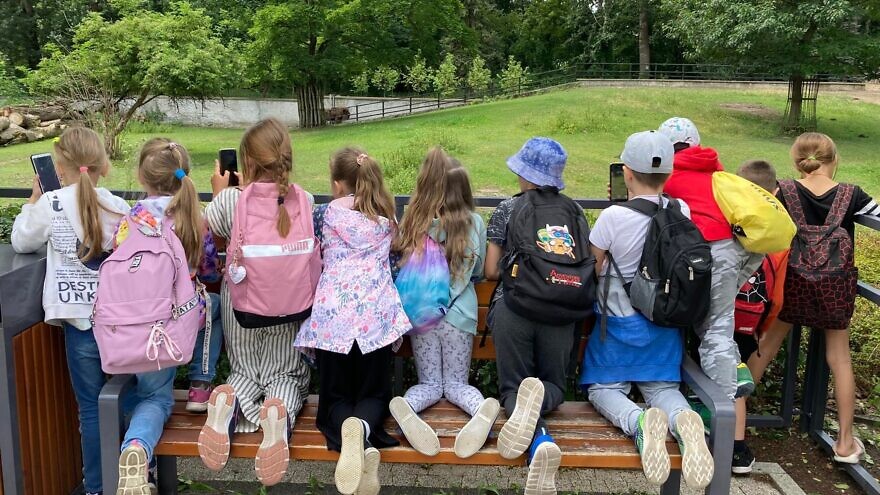 (July 29, 2022 / JNS) It was the summer of 2006, during the Second Lebanon War. Ilana Baird, a refugee from the Soviet Union, fled Haifa with her family and relocated to Jerusalem, where she was finishing her rabbinical studies.

Living with strangers who took in her family, Baird watched the TV every day, wanting to see if her home was still standing as Hezbollah rained down rockets on the port city. All of this was happening while Baird tried to care for her 5-year-old twins while school was out.

“They were really going crazy. And I was going crazy because it was the time that I needed to be able to get done with all my assignments for Hebrew Union College. And the HUC camp offered a free summer program for my kids. This was the best present someone could give me,” Baird, now a rabbi, told JNS.

She’s been looking for a way to repay it, and this summer, she had her chance. Baird is volunteering to help run a camp for Ukrainian refugees operating out of the Lauder-Morasha Jewish day school, adjacent to the Warsaw Ghetto. And she’s caring for 5-year-olds, just as the HUC camp did for her.

The Jewish Community Center of Warsaw, together with Hillel Warsaw, the Office of the Chief Rabbi and other local partners, is hosting 85 young Ukrainian refugees for a three-week camp called Kef BeKayitz (“Fun in the Summer”). 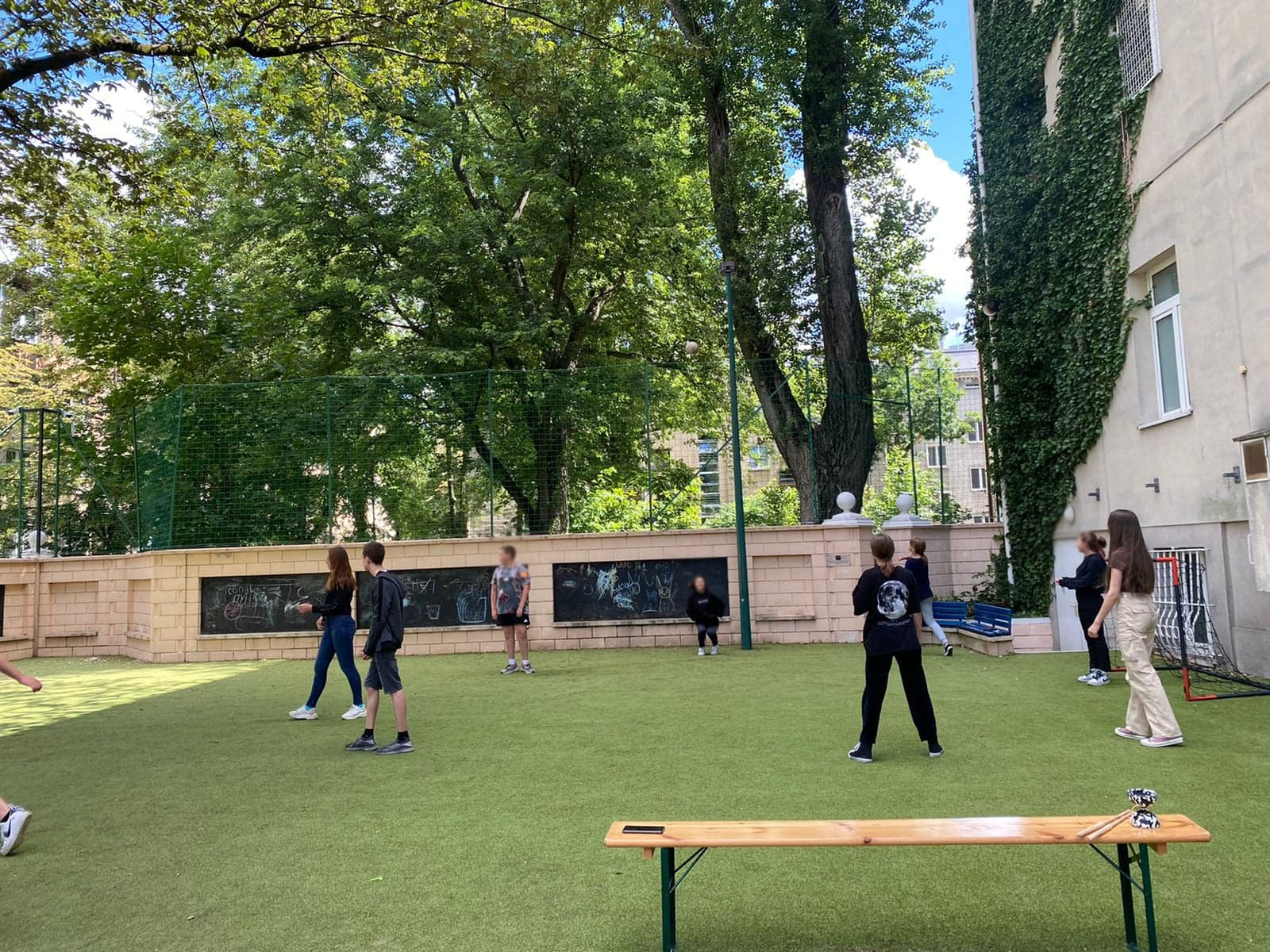 A dozen volunteers, including Baird, were recruited by the Jewish Federations of North America (JFNA) and are serving alongside local program staff from Poland. All are Jewish, Russian-speaking educators or rabbinic leaders, many of whom fled the Soviet Union decades ago.

‘Provide them respite and a safe place’

JFNA’s Chief Community and Jewish Life Officer Sarah Eisenman told JNS that the camp was put together in less than a month. 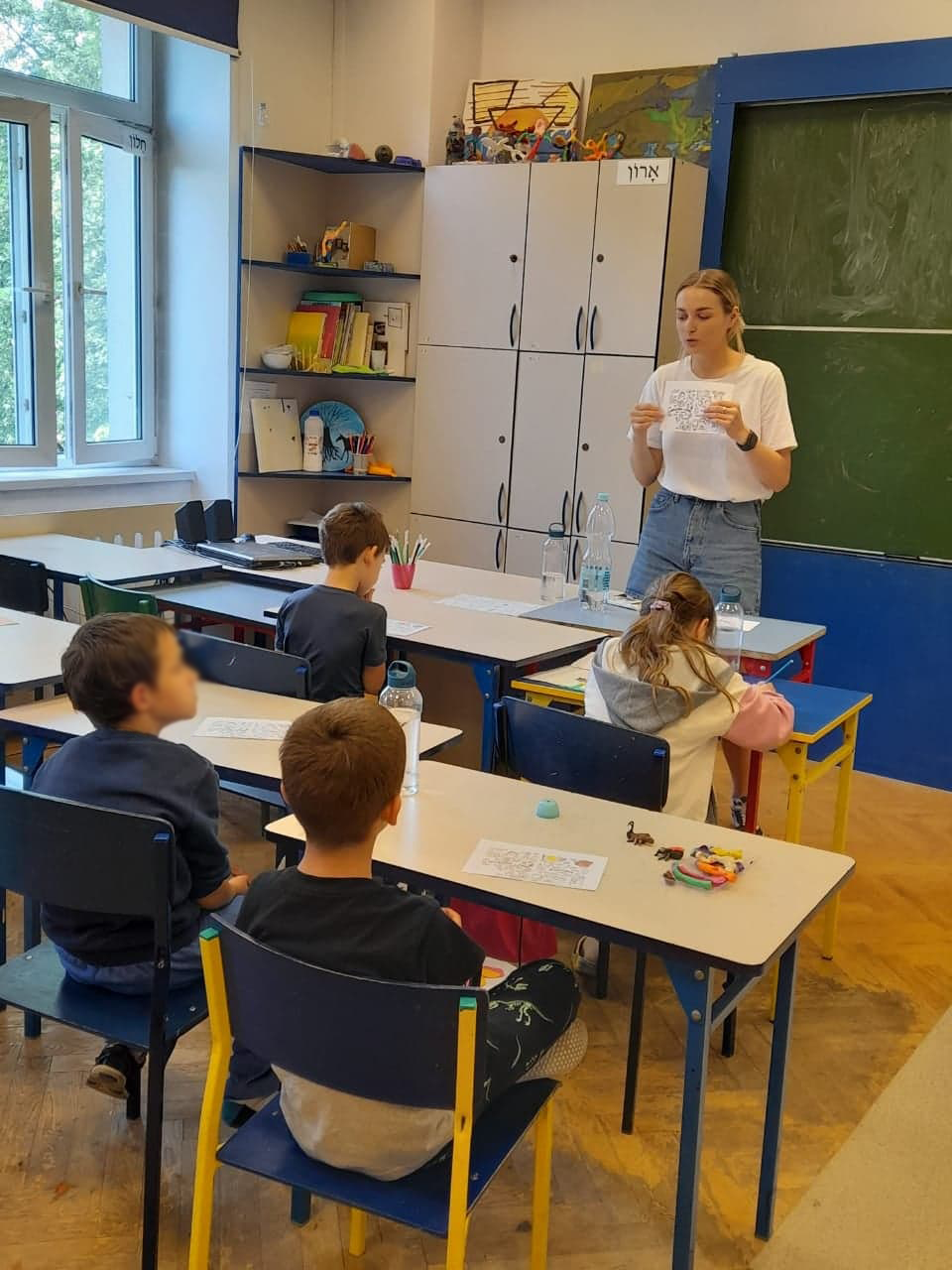 “This was an idea that came out of a consortium of local partners in Warsaw who saw a need emerging, realizing that summer was quickly approaching and many of the children would likely be there when the academic year started in Poland. You had parents, mostly mothers [since many of the men stayed back to fight], who hadn’t had any sort of respite, and the kids without these kinds of supportive enrichment activities,” she said.

Eisenman coordinated a volunteer hub, in partnership with the Jewish Agency for Israel and American Joint Jewish Distribution Committee (JDC), utilizing their vast network to solicit applications from skilled Russian- and Ukrainian-speaking professionals.

“We have Polish lessons for the kids, too, because they’ll need it for the upcoming school year. We have some English lessons for the kids. Whatever our volunteers are willing to offer, we are taking it,” said Baird. Like most any summer camp, hers features recreational activities like sports, cooking, music and arts-and-crafts, along with excursions to local sites, as well as Jewish content and programming. 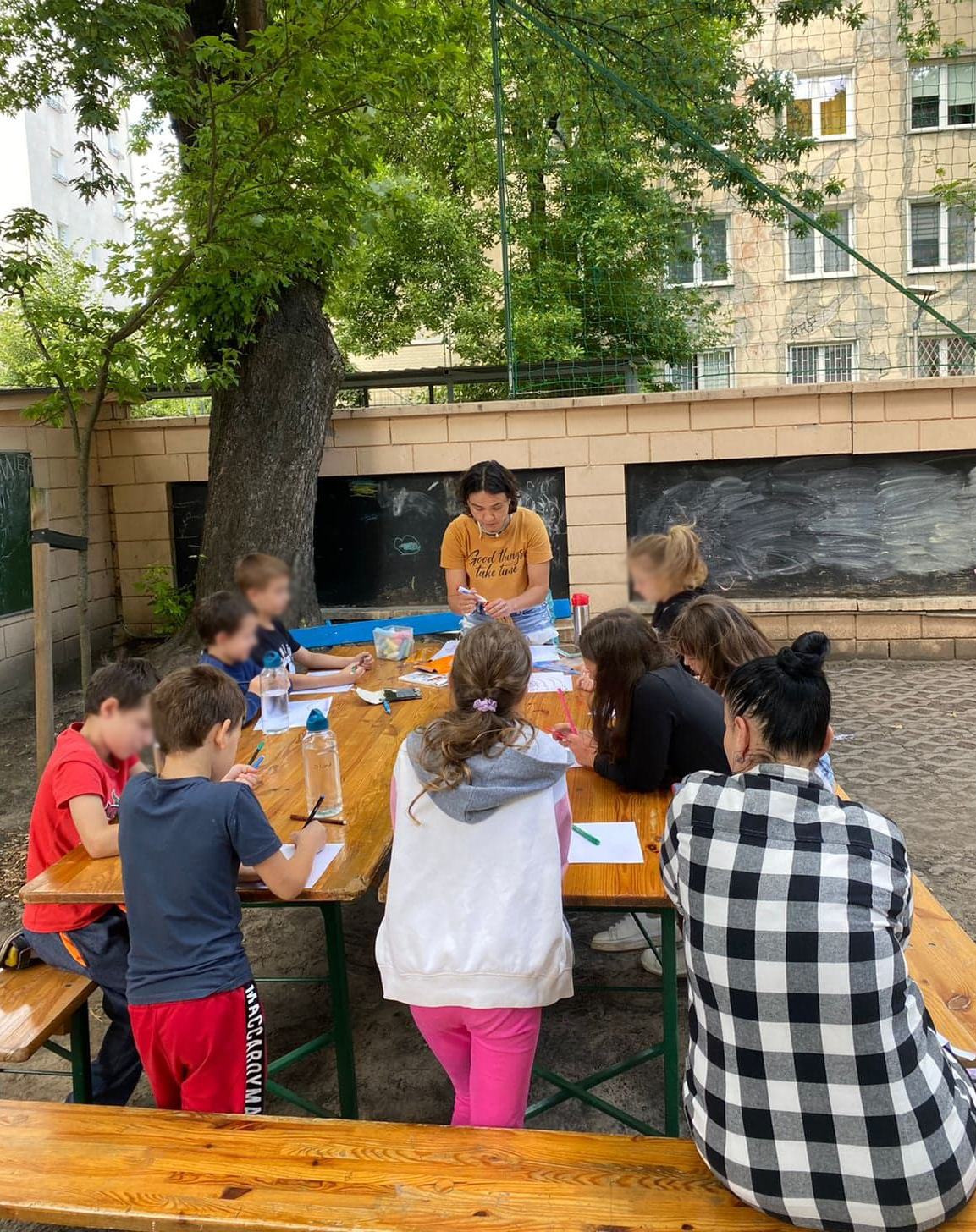 Mosaic United is a major funder of Kef BeKayitz and similar refugee summer camps in Germany, Lithuania, Belgium and elsewhere, allocating more than $1.3 million for the effort. Roughly 1,800 refugees are expected to participate in a combination of day, overnight and family camps.

“On one hand, we want to provide them respite and a safe place. On the other hand, we want to give them a particular experience in strengthening their Jewish connections and identity,” Yehoshua Oz, Mosaic United’s Head of Marketing and Communications, told JNS.

As the summer activities wind down this week in Warsaw, there is already discussion about another camp for the refugee children during the winter break. Baird said if that’s the case, she’ll be back.

“I will definitely come and help students with whatever is needed. The stories of these kids are sometimes sad and sometimes very difficult,” she reported. “They are leaving cities like Bucha. Today, one kid didn’t want to celebrate his birthday. He was just crying, and I sat down with him for 30 minutes. We can cry with them, we can be with them, we can teach them.”