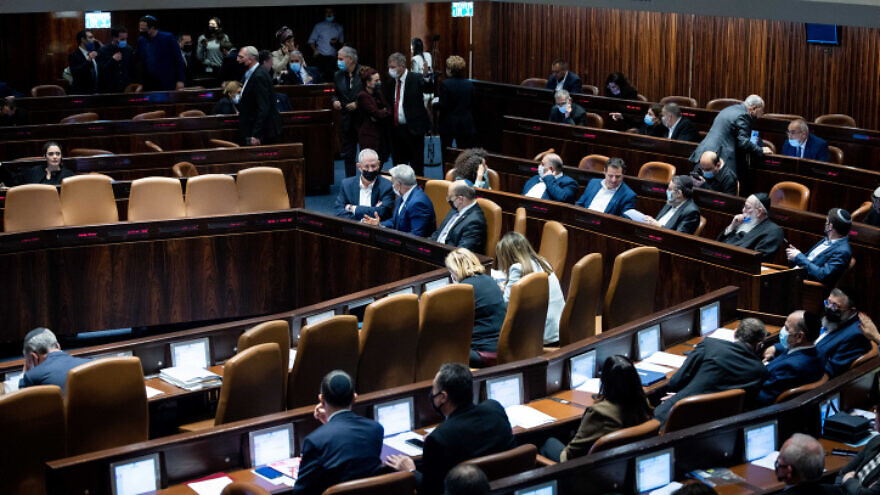 A plenum session at the Knesset in Jerusalem on Feb. 28, 2022. Photo by Yonatan Sindel/Flash90.
Spread the word.
Help JNS grow!
Share now:

(June 29, 2022 / JNS) The Knesset plenum on Wednesday passed in second reading a motion to disperse, with 74 Knesset members voting in favor and five against.

The motion will now return to the House Committee ahead of a third reading, which will require a majority of 61 votes to pass, according to Ynet.

The committee will also decide whether elections to the twenty-fifth Knesset will be held on October 25, as the opposition wishes, or November 1, which is the coalition’s preferred date.

This would be the fifth Israeli election cycle in three and a half years.

At a joint press conference announcing their decision, Bennett said, “a year ago, we formed a government that had seemed impossible, that ended the severe political paralysis. We formed a good government, and together we got Israel out of the slump. Israel went back to being governed.”