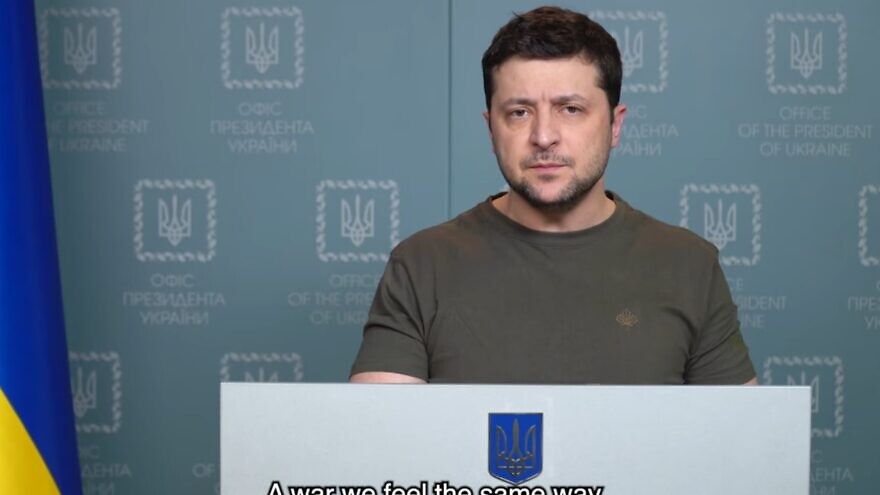 Lapid emphasized his support for the Ukrainian people and “expressed his condolences for those killed and injured in the war, and called for reaching a diplomatic solution in order to end the fighting,” according to the premier’s office.

He also called upon citizens of Israel not to travel to the Ukrainian city of Uman for the upcoming High Holidays due to the “life-threatening danger posed by entering the area of fighting.”

Uman is the burial site of Rabbi Nachman of Breslov and draws tens of thousands of observant Jews each Rosh Hashanah to pray at his tomb.

Rabbi Moshe Reuven Azman, one of several claimants to the position of chief rabbi of Ukraine, has also called on Jewish pilgrims to refrain from traveling to Uman.