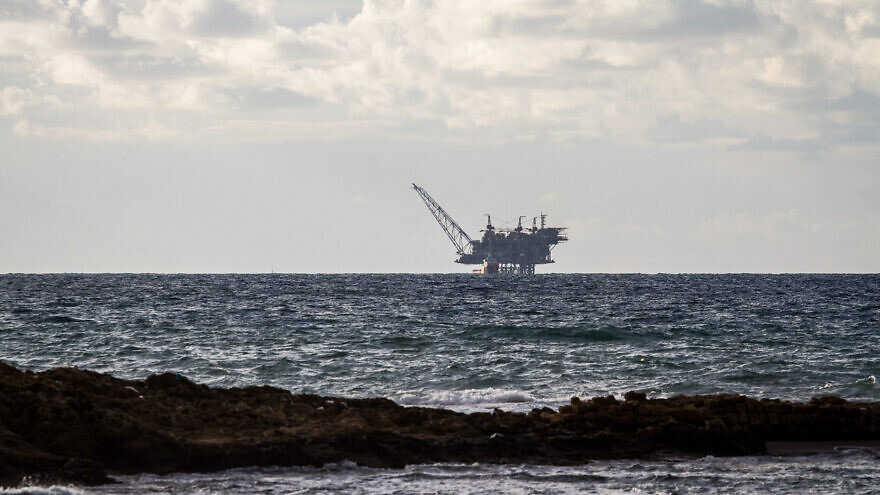 (June 6, 2022 / JNS) Lebanon sent a “warning” to Israel on Sunday against any “aggressive action” regarding gas production in the eastern Mediterranean region, Reuters reported on Sunday.

The warning came after a gas production ship arrived in the area to begin developing an offshore gas reserve for Israel.

Israel says the field in question is located within its exclusive economic zone, and has offered to take part in U.S.-mediated negotiations with Lebanon to resolve the issue.

But in a statement, Lebanese President Michel Aoun said he discussed with Lebanon’s caretaker Prime Minister Najib Mikati the vessel’s entry “into the disputed maritime area with Israel, and asked the Army Command to provide him with accurate and official data to build upon the matter,” according to Reuters.

Aoun stated that negotiations to delineate the southern maritime border are ongoing, saying that “any action or activity in the disputed area represents a provocation and an aggressive action.”

Israeli Energy Minister Karine Elharrar, for her part, welcomed the vessel’s arrival and said she hoped it would be operational soon.

“We will continue to work to diversify the energy market and maintain stability and reliability,” Elharrar stated.

The gas production ship was sent by the Energean company, which said that its ship arrived at the Karish field, located 80 kilometers (50 miles) west of Haifa, in Israel’s exclusive economic zone. The company said it planned to bring production online in the third quarter of 2022, said Reuters.