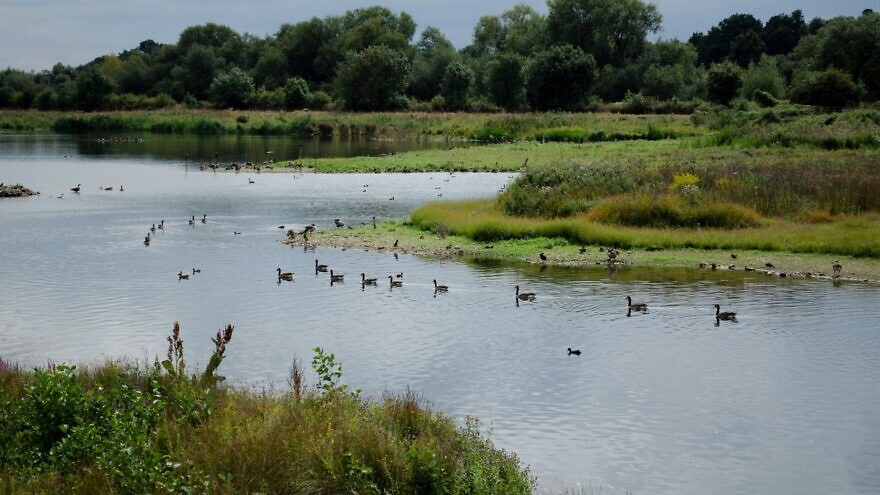 (February 23, 2022 / JNS) The local authority in the county of Hertfordshire in the United Kingdom has rejected a bid from supporters of the BDS movement to divest from companies that have ties to Israel.

The Hertfordshire County Council was legally bound by its constitution to hear the pro-BDS petition, organized by David Leigh from the Herts Palestine Support Coalition, because it contained more than 1,000 signatures from residents in the county, reported The Jewish Chronicle. However, the proposal, which targets the Herts Pension Fund, was rejected by the council on Tuesday.

“This is BDS supporters trolling the mainstream Jewish community in an area with a very large Jewish population by using procedures of the council to publicize their anti-Israel agenda,” Luke Akehurst, director of We Believe in Israel, told Jewish News. “It’s very heartening that all the councilors that have expressed a view reject BDS and that hundreds of local residents have emailed their councilors to express their concern about this move.”

The petition comes following a wave of hate crimes against Jews in the Stamford Hill neighborhood in London, which is south of Hertfordshire. In one incident earlier in February, a pregnant Jewish woman was blocked from getting off a public bus in Stamford Hill by an alleged racist repeat offender who told the woman, “Don’t get off the bus f***ing Jew.”

Also on Tuesday, an amendment to a government bill has been passed that aims to stop local government pension funds from supporting boycotts of Israel, reported The Jewish Chronicle. The proposed change to the Public Service Pensions and Judicial Offices Bill states that local authorities of public sector pension funds “may not make investment decisions that conflict with the U.K.’s foreign and defense policy.”

“If accepted, this measure will presage a wider bill outlawing BDS throughout the public sector, which I hope the government will bring forward in the next parliamentary session,” Conservative Parliament member Robert Jenrick said in an article for The Times.