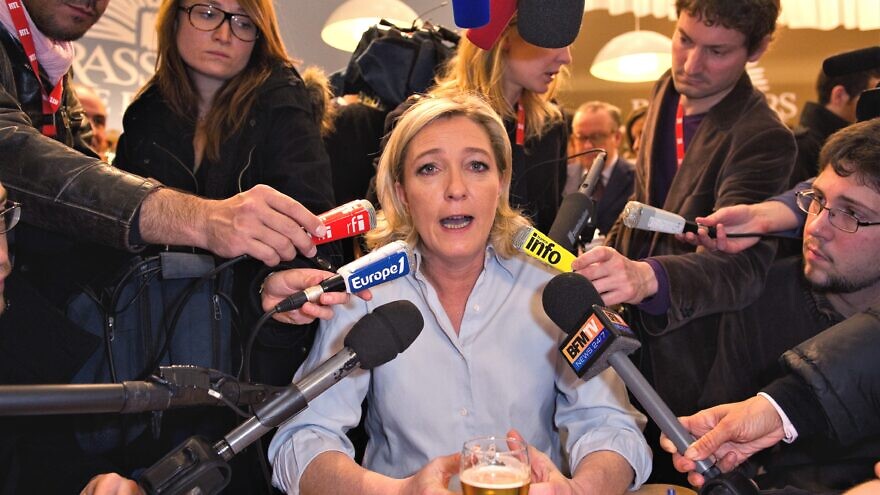 (April 25, 2022 / JNS) The Jewish establishment across France and Europe breathed a sigh of relief on Sunday as President Emmanuel Macron cruised to re-election, earning 58% of the vote against Marine Le Pen’s 42%. While the heir to her father Jean-Marie Le Pen’s National Front (turned National Rally) gained supporters since her dismal 2017 showing, Le Pen failed to convince French voters that she has what it takes to lead the country on the international stage.

She also failed to convince the portion of the Jewish electorate that had embraced the Jewish right-wing candidate Éric Zemmour that she cared at all about improving her standing among Jews, despite her hardline against Muslim immigration. While these Jews, mostly of North African descent, may not be joining the sighs of the legacy Jewish institutions like CRIF, whom they disregard as elitist and out-of-touch, they are not wringing their hands either.

“Her name is radioactive,” said Phillipe Karsenty, a pro-Israel Parisian politician and spokesperson for the Trump campaign in France.

French Jews could not forgive her father, now 93 years old, for distasteful jokes about Jews and statements minimizing and even denying the Holocaust. For example, in his run against Jacques Chirac in 1995, he claimed that France should not apologize for the Vichy regime’s collaboration with the Nazis since France itself was a victim of Nazi occupation.

“[Jean-Marie Le Pen] pitched this idea of a common alliance of Jews and Christians against Islam, but that never really worked,” said Jorge González-Gallarza, a writer and researcher on French-Jewish affairs.

Émile Ackermann, a rabbinical student who aspires to create a Modern Orthodox congregation in Paris, said that Le Pen’s past proposals to ban ritual slaughter and religious head coverings in an attempt to subdue Islamic influence in France played a minor role in wide Jewish dislike.

“I don’t think it was the kipah or the shechita, which is why they didn’t vote for her. It’s because Le Pen is very close to anti-Semitic people,” said Ackermann. She probably wouldn’t have barred the import of kosher meat, he added, which accounts for much of Jewry’s meat consumption anyway. 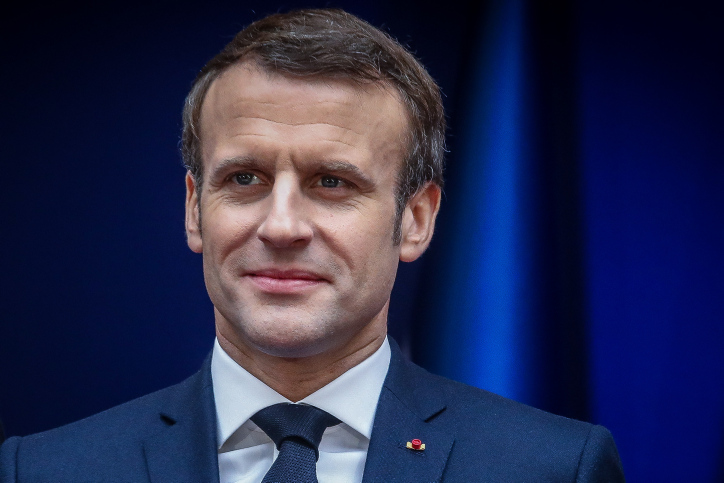 Le Pen nevertheless tried to make her platform more palatable to the center, even to Jews. She walked back on her call for a French equivalent to “Brexit” and said she’d seek to differentiate kipahs from Muslim veils.

While in the past, Zemmour likewise made controversial remarks mitigating the Vichy regime’s complicity in Jewish genocide—earning him the epithet of “anti-Semite” by Chief Rabbi Haim Korsia—his Jewish supporters generally believed that he harbored goodwill and loyalty towards his tribe (especially considering his ex-wife and partner are Jewish.) If exit polls among French Jews in Israel are any indication, Jewish Zemmour-aficionados did not join their non-Jewish counterparts in choosing Le Pen. Of some 55% who voted for Zemmour in the first round, only about 13% voted for Le Pen in the run-offs.

“Some of the French Jews who voted for Zemmour might have wrongly assumed that what he said about assimilation and religion, he only said about Islam and not about Judaism,” said Ackermann.

‘She was very bad on the economy’

The gamble to appeal to the center-right paid off for Macron, but not for Le Pen. The right has attacked Macron as a left-leaning globalist who is soft on Islamic extremism; in reality, his presidency took on certain right-wing features. He poached political associates of the center-right Republicans and gave them the education and interior portfolios. In the process, he decimated the Republicans, which scored less than 5% of the vote.

“There was a shift in the middle of his presidency,” said Ackermann.

Le Pen, however, never ran on conservative ideals, and certainly not in the realm of economics.

“She was very bad on the economy and very leftist,” said Karsenty. Her economic socialism gave fodder to her enemies to cast her as a literal “national socialist.” As a reactionary rather than a conservative, who repeated French foreign ministry talking points on Israel, right-wing Jews and traditional conservatives simply could not throw their weight behind her.

“She’s not in the battleground of ideas,” said González-Gallarza. “Zemmour was in some sense. He’s an intellectual, after all, and in many ways, Zemmour was a conservative intellectual. He made a passionate plea to conserve Catholic roots—the Judeo-Christian heritage that shaped France throughout the centuries.”

Ironically, Le Pen’s rise to the run-offs was indirectly enabled by a Jew. 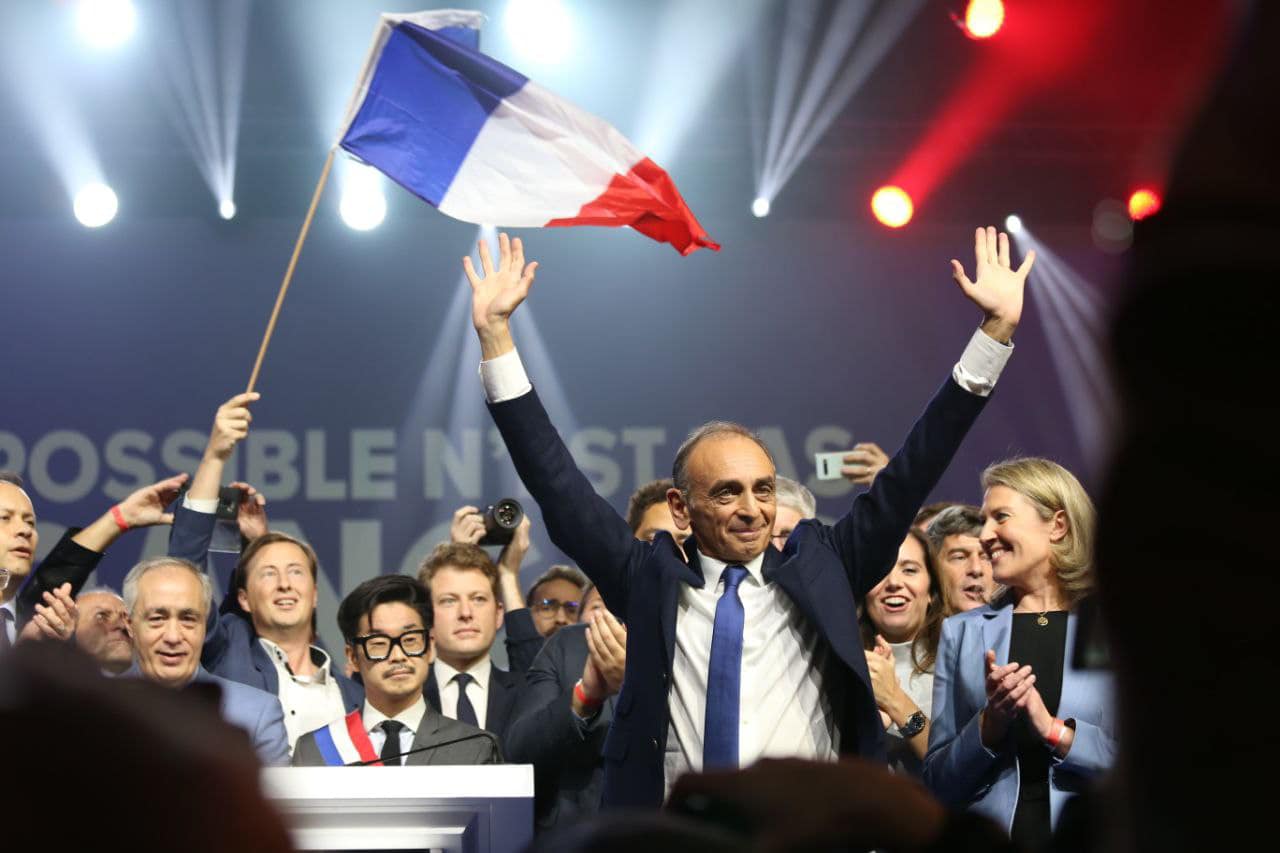 “Zemmour helped her a lot; he was so extreme that Marine Le Pen was somehow perceived as a moderate,” noted Ackermann. “People mocked her because she spoke of her love for cats. She wanted to appear as Angela Merkel, the mommy of the French people.”

According to Karsenty, Le Pen failed to field attacks from the mainstream media, who immediately pivoted their hits on Zemmour onto her.

“At the first round, Zemmour was Le Pen’s lightning rod,” said Karsenty. “The storm was on him. He was the ‘Nazi,’ and she was the delightful, good woman taking care of her cats. As soon as he lost the first round, she became the ‘neo-Nazi,’ ‘fascist.’ ”

But what might have been the main downfall of Le Pen—and Zemmour—was something entirely unexpected in the lead-up to the run-off: the Russia-Ukraine war. During the campaign, Zemmour took the unpopular stance of rejecting Ukrainian refugees, only to change his mind upon realizing his blunder. He was also mocked for once saying that France needs its own “Putin.” In contrast, Macron was viewed as a measured, responsible leader during the crisis, at first attempting to mediate with Russian President Vladimir Putin and then swerving to initiate moves against him.

At the debates, Macron dug into Le Pen for her having to borrow millions of euros from a Russian bank to fund her campaign after being rejected by French banks, saying that Putin is her banker rather than a head of state. He dug deeper by reminding her that the debt hasn’t been paid.

“Each and every time she could have hit with a punchline, she wasn’t hitting at all. When she was receiving the punches, she was like ‘huh’?” pointed out Karsenty. “If she can’t debate in front of Macron, how can she debate in front of Putin or [U.S. President Joe] Biden or anyone else? The weakness she showed was everything we knew, but people wanted to believe that she would change.”