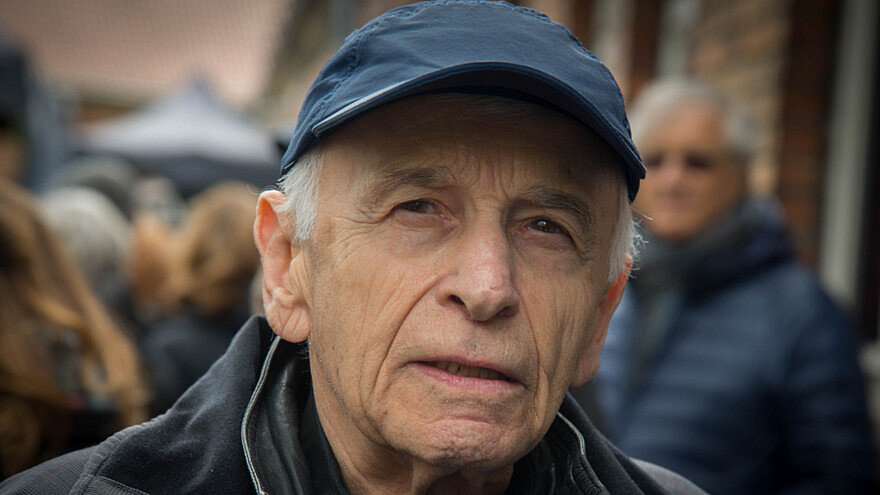 (September 22, 2022 / JNS) Digging a ditch with other prisoners at the Auschwitz concentration camp, Max Eisen thought that he might have some security. Letting his guard down, together with his two fellow prisoners, they slowed down the gruesome work. Digging a ditch would have been difficult for anyone to do, but especially for slave laborers who were afforded no more than 300 calories a day. They needed a rest. Then came a blow to the back of his head.

Eisen, who died on July 7 at the age of 93, would later recall that he did not feel any pain, just dizziness and a buzz behind his ear. When he tried to lift his shovel again, he felt something warm dripping down his neck. He turned around to see what happened and saw a soldier standing over him. He realized he had been struck by the German’s gun. For a moment, their eyes locked, he recalled. “I saw his twisted, evil grimace. I thought I was looking at the devil.”

For more than three decades, Eisen, a successful Canadian businessman, would retell the story to thousands of people. “It must have been painful to tell the stories,” says Eli Rubenstein, director of education for the International March of the Living, “but he had a higher mission, and he went to those painful places and told the stories.”

In the ditch, Eisen felt he was going into shock and collapsed. He watched as the German commander, writing him off as dead, didn’t even bother wasting a bullet on him. Instead, he made a circular motion with his hand, meaning that the teenager would soon be one of the many whose ashes would rise through the crematorium’s chimney.

During what he believed were his last moments on Earth, Eisen thought about what his father told him the last time he saw him: “If you survive, you must tell the world what happened here.” But now it would be the end of the Eisen family and “I knew that I would not be able to fulfill his final wish.”

Born to Zoltan and Ethel in March 1929 in then-Czechoslovakia, Max was named Mordechai. His father owned a pub and the family lived with his grandparents, who owned a lumber yard. His town eventually became part of Hungary, and in March 1944, the fascist Arrow Head Cross Party came to power in the country. His family was soon forced to wear stars, which he recalled made him feel both demeaned and excluded, noting that “we were now a visible minority group.”

The night after their Passover seder that year, Eisen’s family—together with hundreds of the town’s Jews—was rounded up and deported to the unknown. “Throughout our history,” he wrote in his memoir, “the Jewish people have borne the brunt of persecutions in countries throughout the world, so we take time to remember those events.” Now would be their first steps “in our journey from relative freedom to slavery and unknown destiny.”

Walking through the town was the beginning of the long journey. Eisen recalled how the townspeople jeered and cursed at them as they made their way through the streets. “I thought to myself how disgusting it was for our neighbors to behave this way.”

A few years after the war, Eisen left Europe for good, moving to Canada in 1949. Settling in Toronto, Eisen eventually ran a manufacturing business related to bookbinding. He married Ivy Cosman and the couple went on to have two children, two grandchildren and three great-grandchildren.

By chance alone, as he called his 2015 international bestselling and award-winning Holocaust memoir, the blow from the German officer was only one of several times he was saved from situations he believed would be his downfall. After recuperating in the makeshift Auschwitz hospital, two surgeons took him on as an assistant. “In spite of my devastating head injury,” he later wrote about this twist of fate, the blow “had actually turned out to be my lucky break.”

It took decades for the Holocaust survivor to tell his story, but when he did, he could not stop. Twenty-plus times, Eisen joined the annual March of the Living, which would bring students to the grounds of Auschwitz-Birkenau with a Holocaust survivor as their guide. In addition to his interview with the Spielberg Holocaust-survivor initiative, he did a 360-degree Testimony on Location for the USC Shoah Foundation and a Dimensions in Testimony (DiT) interview that enables people to ask him questions about his experiences during the Holocaust and receive real-time responses from pre-recorded video. 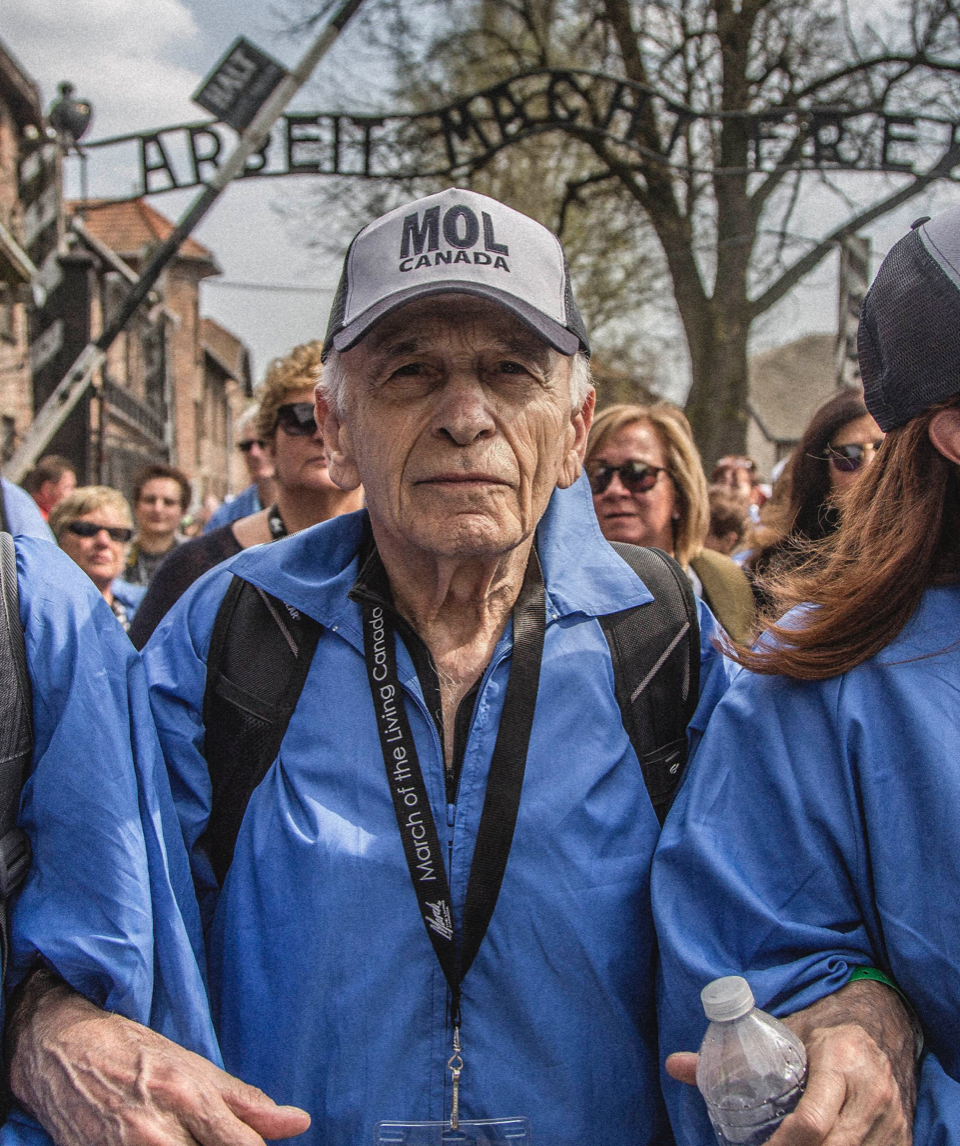 “If you want to describe hell,” he said during his 2020 visit to Auschwitz, “I think this is what it was. There was no humanity here. This was a brutal place. Here, you were [constantly] on the edge of a razor blade.”

He recalled that if you dwelled on what life could have been, you might sink into a deep depression, “and then you were finished.” One had to think about survival, to be resilient and keep thinking about living for another second.

‘This is everybody’s problem’

After he retired from running his company, Eisen took his upbeat attitude and endless energy and spent it on Holocaust education. “He never refused an opportunity to talk,” said Rubenstein, “if it was for a half-hour or a few hours.” Eisen would joke that he worked longer hours in his Holocaust-education efforts than he did when he worked at his business.

He said that he was motivated because another Holocaust could happen again. “It could happen right here in Canada,” he said, noting that the internet is a hotbed for spreading Nazi ideology. It is “our job is to try to tell the kids to be careful. [To] teach these kids not to accept this propaganda readily.”

He once told a crowd that they needed to be aware of what is happening around them because “we cannot repeat the same mistakes.”

When seeing anti-Semitism, he said, people need to stand up and say, “We will not allow you to do this. Not in our schools, not in our towns, not in our cities. This is not a Jewish problem. This is everybody’s problem.”