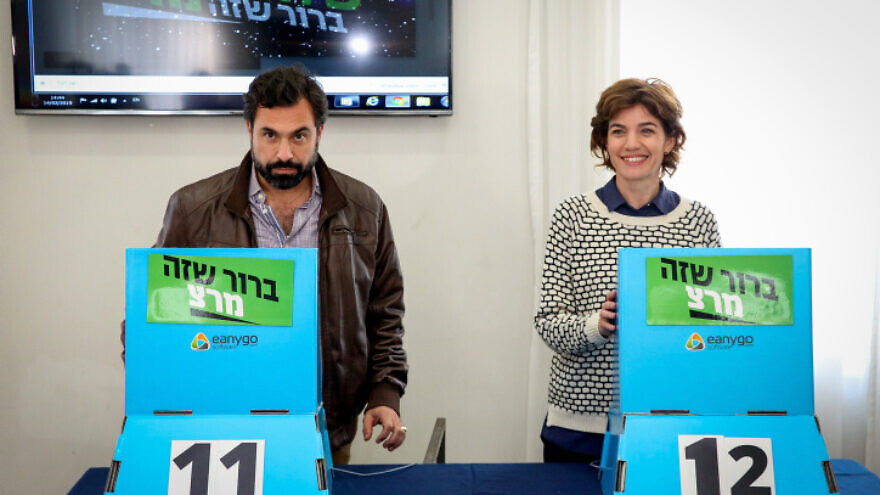 (December 19, 2022 / JNS) An independent Israeli journalist leveled charges of personal corruption against Minister of Environmental Protection Tamar Zandberg of the Meretz Party and her partner, Uri Zaki, a senior official in the party, in a detailed investigative piece.

Instead of working for the benefit of the party, investigative journalist Sharon Shpurer accused the political power couple of dedicating themselves to their own aggrandizement, which “translated into hundreds of thousands of shekels—some of which served them in their political careers and some of which flowed into the pocket of Zaki through jobs that raise questions.”

Shpurer’s investigation, published on Wednesday, found that Zaki founded an NGO in 2014 called the Movement for a Progressive Israel. He switched to calling it “The Front for the Protection of Democracy,” or just “The Front,” (itself against Israeli law, Shpurer said, as registered associations are required to use their official names only).

While the official goal of the group was to expose the funding of right-wing NGOs such as Regavim and Im Tirtzu, Shpurer reported that the Front barely dealt with its stated purpose and instead focused on promoting Zaki’s ambitions to become a member of Knesset on behalf of Meretz.

“Since 2020, Zaki—an active politician, chairman of the Meretz board, who holds Meretz political jobs and intends to run for the Knesset—appears or is mentioned by name in 32% of [the NGO’s social media] posts. In 2021, this figure rises to 60%,” Shpurer reported.

“In 2020, after transferring about NIS 500,000 from its budget to the association, the New Israel Fund realized that there was no reason to invest in Zaki’s association, which didn’t meet its goals,” Shpurer said.

However, the Front remained on a donor-advised list on NIF’s website through which Zaki received hundreds of thousands of more shekels from another U.S. group, the Naomi and Nehemiah Cohen Foundation.

Shpurer points out that NIF’s support for Zaki’s group opens the question as to whether it violated U.S. law. “It’s forbidden for the New Israel Fund to support party activities or those suspected of having party ties, mainly due to legal reasons regarding American law,” she wrote.

She said it was impossible that NIF was unaware of Zaki’s connection to Meretz as the current director of the NIF, Mickey Gitzin, is a close personal friend of Zaki and one of the founders of the Movement for a Progressive Israel. Gitzin served on its board until joining the NIF in July 2017. He was also a member of the Meretz leadership.

Gitzin denied playing any part in funds flowing to Zaki’s group, saying the decision was made by his predecessor, Rachel Liel. That decision to transfer an initial contribution of 70,000 shekels was made a few days before he took over the NIF’s directorship. Gitzen said further donations were made by an NIF board of which he’s not a member.

However, Shpurer said the NIF’s grants department that makes recommendations to that board is subordinate to Gitzin. He is also directly responsible for placing organizations on the donor-advised list.

In response to the investigation, Zandberg said, “I am not involved and have never been involved in the activity of the Front for the Protection of Democracy. And I have never made any use of …[it]…or any other association to promote my personal and/or political affairs.”

Zaki said, “The association has never promoted the activities of my partner or my candidacy in the primary elections in Meretz and I had not run at all since 2015 until recently. Mickey Gitzin is a personal friend of mine but he does not determine the identity of the organizations awarded donations by the New Israel Fund.”