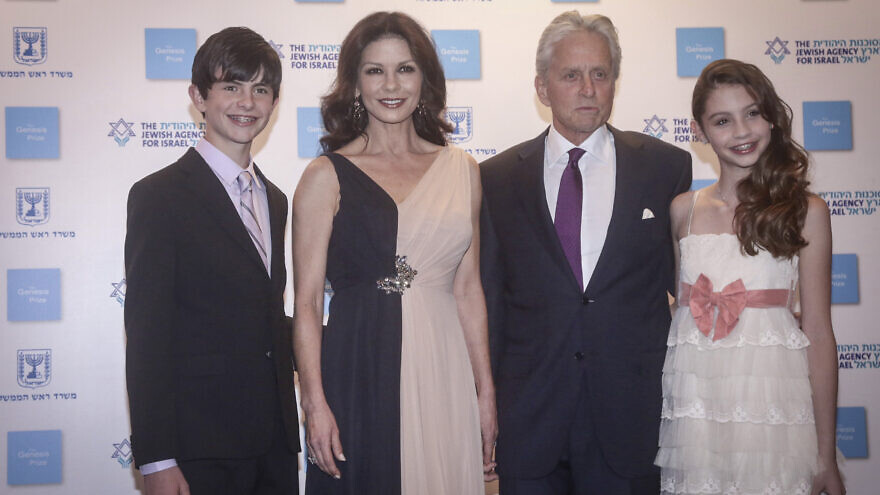 Israeli politician and human-rights activist Natan Sharansky will be honored as the 2020 laureate at the gala ceremony, which will take place inside Jerusalem’s International Convention Center.

The foundation is also planning a special event in Israel to honor Michael’s father—the iconic Jewish actor Kirk Douglas, who passed away on Feb. 5 at the age of 103, and his connection to Jerusalem.

“Catherine and I look forward to returning to Israel—a country our entire family loves so much,” Michael Douglas said in a statement. “We are particularly honored to have the opportunity to host the ceremony honoring a true Jewish hero, Natan Sharansky.”

He added, “Coming to Jerusalem this year is also important for our family as a way to honor the memory of my father, Kirk Douglas. He adored Israel and had a special connection with Jerusalem ever since he visited to make the film ‘Cast a Giant Shadow’ in 1965. His rediscovery of his Jewish faith, his passion for his heritage has been a guiding light for me, passed down to my children.”

The Genesis Prize, dubbed the “Jewish Nobel” by Time magazine, “honors extraordinary individuals for their outstanding professional achievement, contribution to humanity, commitment to Jewish values and Israel,” according to the press release.

Michael Douglas was awarded the $1 million Genesis Prize in 2015.