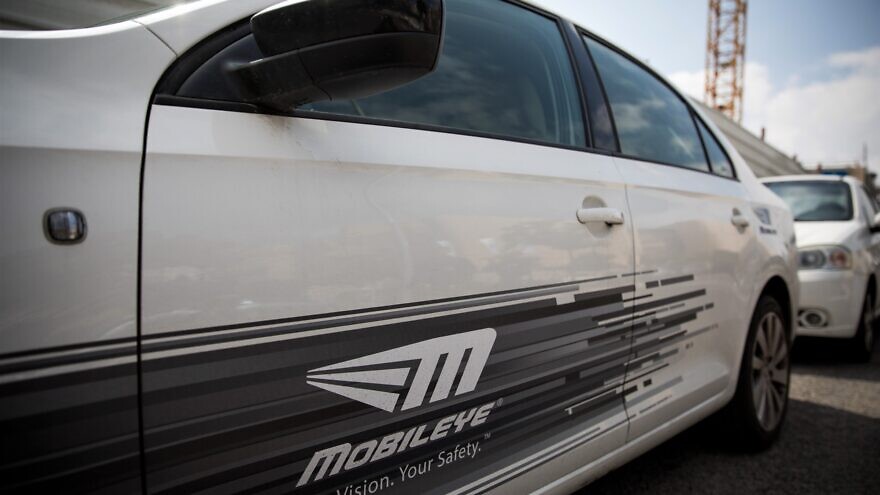 The logo of "Mobileye" on a car in Jerusalem on March 14, 2017. Photo by Yonatan Sindel/Flash90.
Spread the word.
Help JNS grow!
Share now:

(October 26, 2022 / JNS) Israel-based Mobileye will begin trading stocks on the Nasdaq exchange on Wednesday, after the company announced the previous day it had finalized a price per share of $21 to raise $861 million in its Initial Public Offering, according to U.S. media reports.

The IPO, the largest-ever for an Israeli business, values the company at nearly $17 billion, significantly lower than the $50 billion mark originally sought.

Intel, which bought Mobileye in 2017 for $15.3 billion, will retain a large stake, including 99 percent of the voting rights by virtue of owning all the Class B shares, said the reports.

Mobileye, which makes self-driving car systems, reported $854 million in revenue for the first six months of the fiscal year, up 21% from the same period last year, according to Reuters. The company posted a net loss of $67 million.

Mobileye is selling only a 5% stake in itself, less than the typical 10% to 20% stake for most IPOs, to offset the lower valuation.

The shares will trade under the symbol “MBLY”.