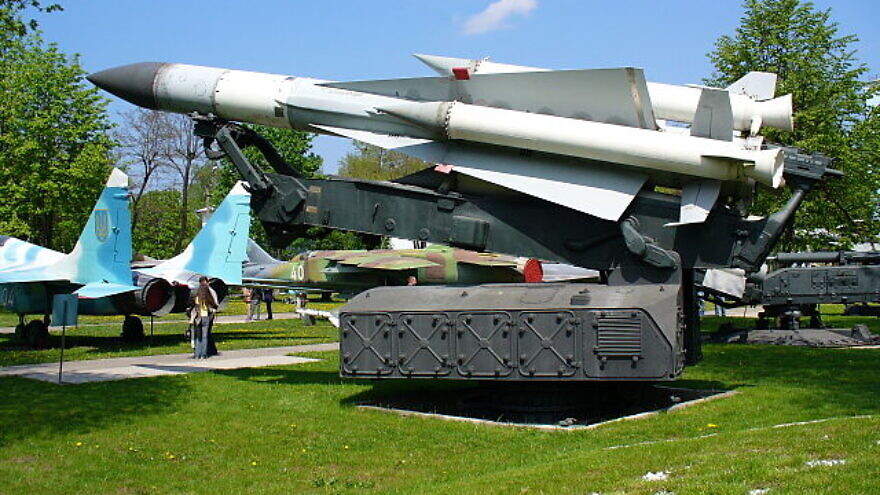 Russia’s military coordination with Israel in Syria is “useful” and will continue, Russia’s embassy to Israel said on Saturday, according to Reuters. The statement follows a recent uptick in tension between the two countries in connection with Russia’s actions in Ukraine.

The security coordination between Jerusalem and Moscow is aimed at preventing inadvertent clashes between the two countries’ militaries, both of which are active in Syria. Russia is supporting the regime of President Bashar Assad, while Israel is engaged in preventing Iran from entrenching itself in Syria, and also striking Iranian arms shipments.

“Our military officials discuss the practical issues of this substantively on a daily basis. This mechanism has proven to be useful and will continue to work,” the Russian embassy said in a statement.

On Wednesday, Russia denounced Israel’s sovereignty over the Golan Heights at a meeting of the U.N. Security Council, hours before it launched its invasion of Ukraine.

“We are concerned over Tel Aviv’s announced plans for expanding settlement activity in the occupied Golan Heights, which directly contradicts the provisions of the 1949 Geneva Convention,” said Russia’s United Nations envoy Dmitry Polyanskiy in a statement. “Russia doesn’t recognize Israel’s sovereignty over [the] Golan Heights that are part of Syria.”

The remarks were the first by Russia about Israel after Israel’s Foreign Ministry released a statement on Wednesday in support of Ukraine’s sovereignty and territorial integrity.

The next day, following Russia’s invasion of Ukraine, Israeli Foreign Minister Yair Lapid, who is also slated to become the country’s next premier, called the Russian attack “a serious violation of the international order. Israel condemns the attack.”

He added that Israel “is ready and prepared to provide humanitarian assistance to the citizens of Ukraine.”

Moscow summoned Israel’s ambassador for talks to signal its displeasure, according to Reuters.

On Friday, Israeli Prime Minister Naftali Bennett took a much softer tone, saying during an IDF officers’ graduation ceremony that “the world order as we know it is changing,” and that the world “is much less stable.”

“These are difficult, tragic times. Our hearts are with the civilians of eastern Ukraine who are caught up in this situation,” he added.