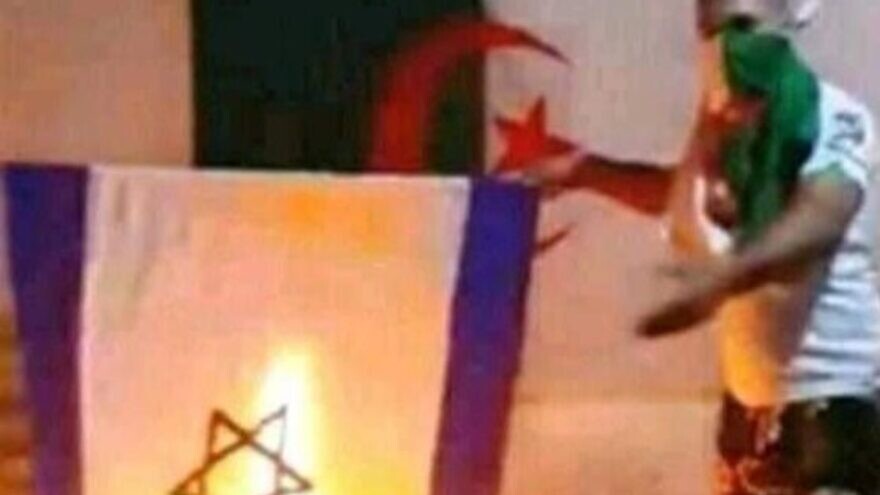 Mohamed Baha Dridi posted a video of himself in 2019 burning an Israeli flag with an Algerian flag in the background and covering his face, according to posts uncovered by the French Jewish Defense League. Source: Screenshot.
Republish this article
654 WORDS
Spread the word.
Help JNS grow!
Share now:

(September 9, 2022 / JNS) A man who confessed to murdering a Tunisian-Israeli Jew in France last month has a history of making anti-Semitic posts on social media.

According to the French news outlet CNews, Mohamed Baha Dridi, 24, turned himself in at the Montreuil police station in Seine-Saint-Denis, confessing to killing 44-year-old Eyal Haddad on Aug. 19.

French police are continuing the investigation into the murder but have so far not stated that the motive was anti-Semitism.

In 2019, Dridi posted a video of himself burning an Israeli flag with an Algerian flag in the background and covering his face, according to posts uncovered by the French Jewish Defense League.

On June 5, 2020, Dridi shared a post on Facebook that stated, “Our Palestinian brothers and their knives operations,” attached to a video of Palestinian terrorists attacking Israelis with knives. The text was not written by Dridi but was part of the video’s original post.

On May 13, he shared another video showing the murder of an Israeli soldier. The post included a comment, also not from Dridi, of “Look at the moment when an Israeli soldier got killed after being hit in the head with a stone.” The video included the “V for Victory” hand emoji often used by Palestinians.

Other posts suggested that Dridi was associated with ultra-conservative Salafi Islamism. Dridi shared a post that featured a video of an Egyptian Salafi preacher Mustafa Al-Adawi justifying the 2020 murder of French teacher Samuel Paty by an Islamist for showing his class caricatures of Mohamed that appeared in the magazine Charlie Hebdo.

Dridi also followed the Facebook account of Saudi Imam Sheikh Saad Al-Ateeq, who has on multiple occasions called for the killing of Christians and Jews.

Two days before Haddad’s murder, Dridi changed his Facebook profile photo, adding the text: “There is no other god than Allah, and Mohamed is his messenger.” 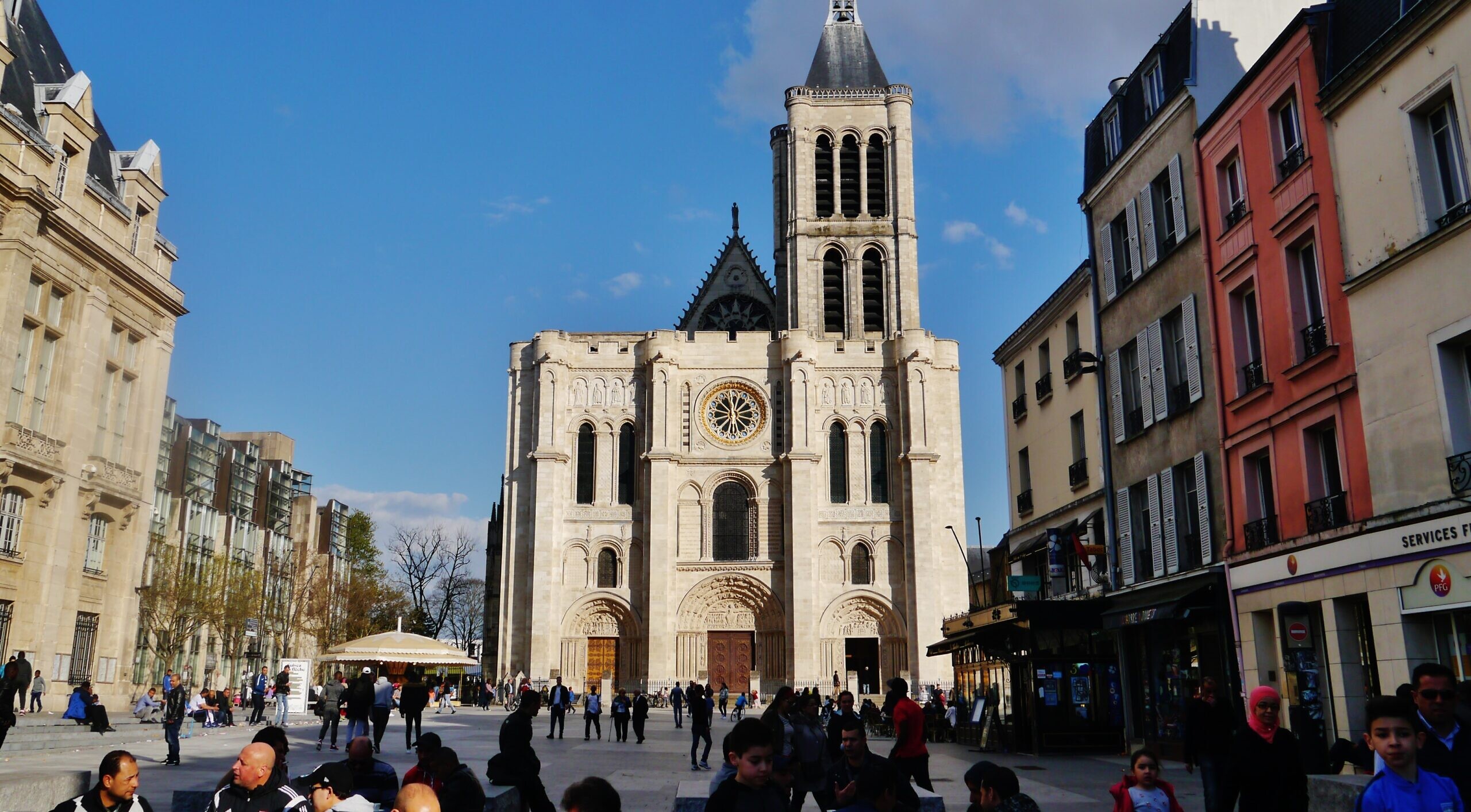 Facade of the Basilica of Saint-Denis in Seine-Saint-Denis, France, the town where Mohamed Baha Dridi, 24, turned himself in at the police station on Aug. 19, 2022. Credit: Wikimedia Commons.

Victims of a number of anti-Semitic attacks

Haddad’s body was found buried in the ground at his property in Longperrier, a suburb north of Paris, with evidence of wounds from an ax and knife.

Dridi also confessed to attempting to burn and bury the body, according to The Times of Israel.

Haddad, who was reportedly unemployed due to health reasons, was originally from Djerba, Tunisia, but had family in Beersheva and held Israeli citizenship.

Dridi first told investigators that Haddad had owed him 100 euros, but then confessed that he killed him because he was Jewish. Police said that Haddad and Dridi knew each other very well.

A news release from a court in Paris claimed that Dridi told investigators that he killed Haddad after Haddad attempted to touch him sexually while under the influence of alcohol, and that Dridi and Haddad lived together “intermittently.”

According to CNews, Dridi entered France illegally in 2017 and had been ordered to leave France in 2018 and 2022.

Jews in France have been the victims of a number of anti-Semitic attacks in recent years with police often omitting to label the crimes as anti-Semitism.

In May, 89-year-old René Hadjaj, who is Jewish, was pushed out of his 17th-story window. Police charged his 51-year-old neighbor but did not charge him with a hate crime.

In February, Jeremy Cohen, a 31-year-old French Jews, was originally reported by the police as having died by being run over by a tram, but videos of the incident released indicated that he was hit by the tram while running away after being attacked by a large group of people.

In 2018, two men attacked and stabbed 85-year-old Mireille Knoll in Paris. The suspects claimed that they were looking for “hidden treasures” in her apartment.

In 2017, Sarah Halimi, 65, was thrown out of her apartment window by a man who shouted Allahu akbar! (“God is great” in Arabic) during the murder. Because the man was under the influence of marijuana at the time of the murder, he was not held criminally responsible.