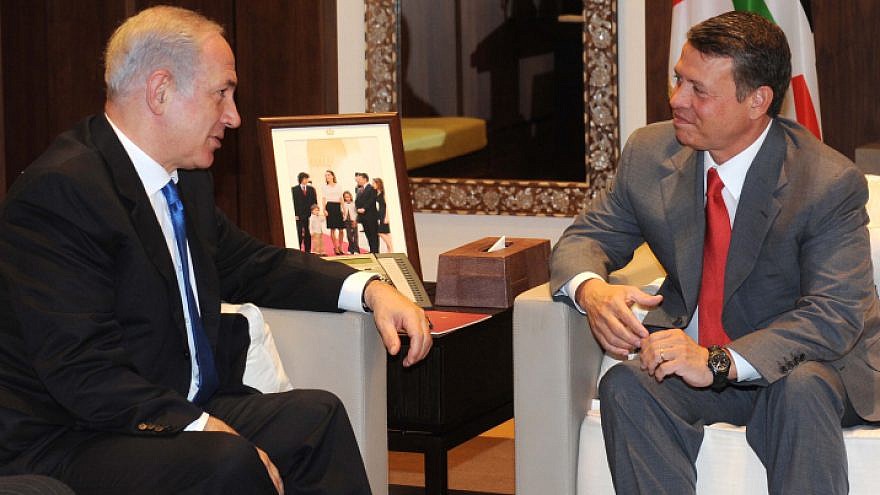 (March 11, 2021 / Israel Hayom and JNS staff) Israel and Jordan were working to calm the waters on Thursday after Prime Minister Benjamin Netanyahu’s scheduled historic first visit to the United Arab Emirates was canceled due to a diplomatic incident between Jerusalem and Amman.

Netanyahu’s slated trip to Abu Dhabi was held up on Thursday morning when Jordan announced that it would not allow his flight to enter its airspace en route to the UAE.

The Jordanian declaration—which followed reports that Netanyahu’s wife, Sara, was hospitalized with appendicitis, and therefore he would likely cancel his trip—was purportedly a response to Israel’s decision to cancel a scheduled visit to the Temple Mount in Jerusalem by Jordanian Crown Prince Hussein bin Abdullah on Wednesday, over disagreements about security protocols.

Israel Hayom has learned that the prince intended to visit the Temple Mount to pray, prior to making the Haj pilgrimage to Mecca.

Officials in the UAE told Israel Hayom on Thursday afternoon that it appeared that Netanyahu’s visit would most likely not take place as originally scheduled.

A senior government official in Amman told Israel Hayom that “high-ranking Israeli political officials and former Israeli security officials cooperated with Amman to torpedo Netanyahu’s visit to the UAE, after Prince Hussein’s visit to the Temple Mount was called off.”

The official added that “Jordan and Israel will need to find a way to lower the flames and end the diplomatic incident, which has embarrassed both sides. [Jordanian] King Abdullah has taken many calls from Israeli officials, who argued that the instruction not to allow some of Prince Hussein’s armed security detail to cross the Allenby Bridge came from the Prime Minister’s Office.”

According to a statement from the Prime Minister’s Office, Jordan announced on Thursday afternoon that it would allow Netanyahu’s flight the use of its airspace after all, “but since the announcement was received late, [Netanyahu] and [Abu Dhabi] Crown Prince Sheikh Mohammed bin Zayed agreed to coordinate on another date for the visit.”