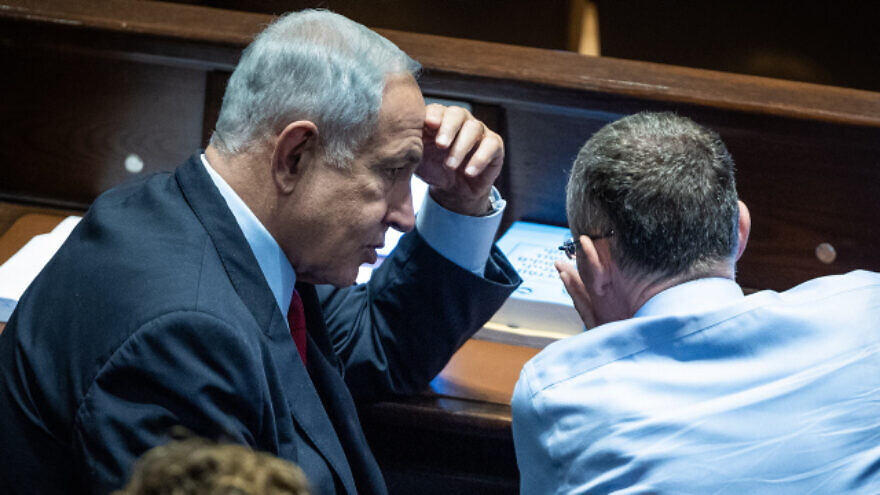 (November 27, 2022 / JNS) Israel’s presumed prime minister-designate Benjamin Netanyahu is working to form a government amid political and diplomatic challenges. The rise of Religious Zionist Party leader Bezalel Smotrich and Otzma Yehudit Party leader Itamar Ben-Gvir in the recent elections have raised both hopes and concerns on both sides of the political spectrum. Their popularity has also reportedly raised concerns in the United States. There are also reports that U.S. Ambassador to Israel Thomas Nides allegedly expressed his concerns to Netanyahu with regard to the possibility of Smotrich being appointed defense minister.

Supporters of Smotrich and Ben-Gvir, as well as many other Israelis, have expressed their wish to see Israel taking a stronger stance against Palestinians who wish to harm Israel’s security. Critics who have voiced their disappointment with the rise of the two politicians are worried they will control the next government’s agenda, will pull Israel too far to the right and will force Netanyahu to implement right-wing policies.

Jonathan Schanzer, senior vice president of research at the Foundation for Defense of Democracies, told JNS, “The onus will be on Netanyahu to determine how much they dominate the agenda.”

But he pushed back against those clamoring that the State of Israel has fallen into the hands of the far right.

“This is not Italy,” he said. “We’re not talking about a government dominated by extremists.”

He suggested that Ben Gvir and Smortrich have grown in influence because of the uptick in violence that Israel has seen in Judea and Samaria. “That is due to the influence of Iran, Hamas, of rejectionists on the Palestinian political spectrum,” he said. “All these things are actually quite natural in light of that violence.”

Israel is experiencing a political pendulum swing, and it is possible that the rise of Ben-Gvir and Smotrich is more a reaction to Palestinian violence and terrorism, as well as to the makeup of the last Israeli government, than a sign of the public’s agreement with the two politicians’ religious or political stance on every issue.

According to Schanzer, “their platform is one of security and law and order, among other things, and one can understand why Israelis would vote that way.”

However, Schanzer said, there are things the two politicians have said, and positions they have espoused, “that have no place in the Israeli system.”

“This is the political moment we are all experiencing,” he added. “America is not immune to it. The United States has their extremists, and the French and Italians have theirs.”

“It’s important to look comparatively,” Schanzer said. “The world is experiencing some fairly large political changes, and Israel is not immune.”

Schanzer said Netanyahu is “aware of potential challenges” Ben-Gvir and Smotrich pose to ties with the Biden administration, “and appears to be working to mitigate those challenges.”

One of the policies promoted by right-wing politicians in recent years includes extending Israeli sovereignty over all of Area C of Judea and Samaria—a move that allegedly nearly came to fruition during the Trump administration—but it does not seem Ben-Gvir or Smotrich have made this a central demand in coalition talks.

Eytan Gilboa, an expert on U.S.-Israel relations at Bar-Ilan University in Ramat Gan, and a senior fellow at the Jerusalem Institute for Strategy and Security, told JNS that the United States is worried by Ben-Gvir and Smotrich’s political positions on matters such as legalizing and expanding settlements, canceling the disengagement law, changes in military engagement rules, and introducing a death penalty for terrorists.

Each of these issues on its own is problematic for the United States, said Gilboa, adding, “If you combine all of them together, it becomes a major challenge.”

Before the U.S. midterm elections, many Israelis hoped for an overwhelming Republican win, which would have influenced the relationship between the two countries and perhaps been more supportive of a Netanyahu-led right-wing government.

While the expected “red wave” in Congress never materialized, the Biden administration has said it will work with any Israeli government, based on interests and values. The problem is, some officials have expressed disinterest in working with certain Israeli politicians whom they claim espouse views that differ from those U.S. interests and values.

The current political situation in both countries is unique—the Democrats held the Senate after the midterms and Israel’s right-wing parties gained significant strength—and therefore, according to Gilboa, this is a “complex situation. We have to wait and see how things are going to develop.”

Gilboa said Netanyahu “will try to block and control whatever he can to restrict actions that might alienate or antagonize the U.S.,” but suggested Israel may still “see some tension and crises” with the Biden administration.

Both Schanzer and Gilboa agree that the U.S. should wait for the government in Israel to be formed before attacking its policies.

According to Gilboa, Washington is concerned because it does not want to bury the two-state solution with the Palestinians and therefore does not want “to see actions that would prevent a return to the negotiating table sometime in the future.”

Anonymous officials warning Israel about Ben-Gvir and Smotrich is, according to Schanzer, “a direct intervention” and a “significant diversion from the norm.”

Schanzer pointed out that the United States positions itself “as the champion of democracy.”

“The Israeli people have voted. There is no question this party will have a role. It is not up to the United States to determine what that role is,” he said. “It is fair for the United States to express concern about the rhetoric that these two men have uttered publicly, but to try to shape the government that is due to come in is premature,” he added.

“It is one thing to convey these things quietly among allies,” he said. “It’s another thing to issue unattributed statements or, in the case of the American ambassador, to directly engage on this issue.”

“We are watching something new in this space,” said Schanzer, adding that he does not believe the U.S. involvement is a “particularly positive precedent that is being set.”