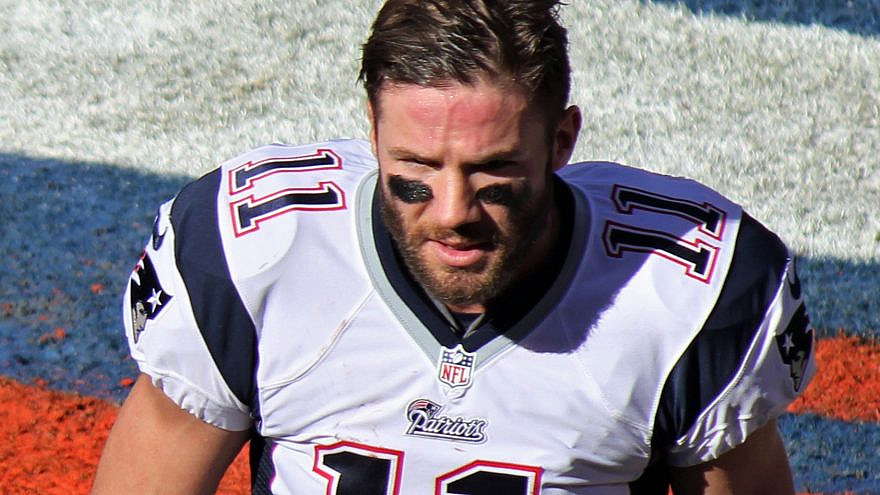 (April 13, 2021 / JNS) New England Patriots wide receiver Julian Edelman announced on Monday that he is retiring from the National Football League due to a knee injury.

“Nothing in my career has ever come easy and no surprise, this isn’t going to be easy either,” he said from the field at Gillette Stadium in a video posted on Twitter.

“I’ve always said, ‘I’mma go until the wheels come off,’ and they’ve finally fallen off. It was a hard decision but the right decision for me and my family, and I’m honored and so proud to be retiring [as] a Patriot,” he added. “It’s been the best 12 years of my life. It’s a hell of a run.”

The three-time Super Bowl champion, who turns 35 next month, faced a knee injury in 2020 that sidelined him for 10 games and visibly held him back in others.

He spent his entire NFL career with the Patriots and was named the Super Bowl’s Most Valuable Player in 2019. He is one of only seven wide receivers to win the Super Bowl MVP and the only Jewish NFL player to be given the honor.

Patriots chairman and CEO Robert Kraft, who is also Jewish, praised Edelman in a statement, saying: “No one was more committed to his craft and honing his skills than Jules. His explosiveness off the line, quickness in his cuts and elusiveness after the catch made him one of the hardest players to defend throughout his career.”