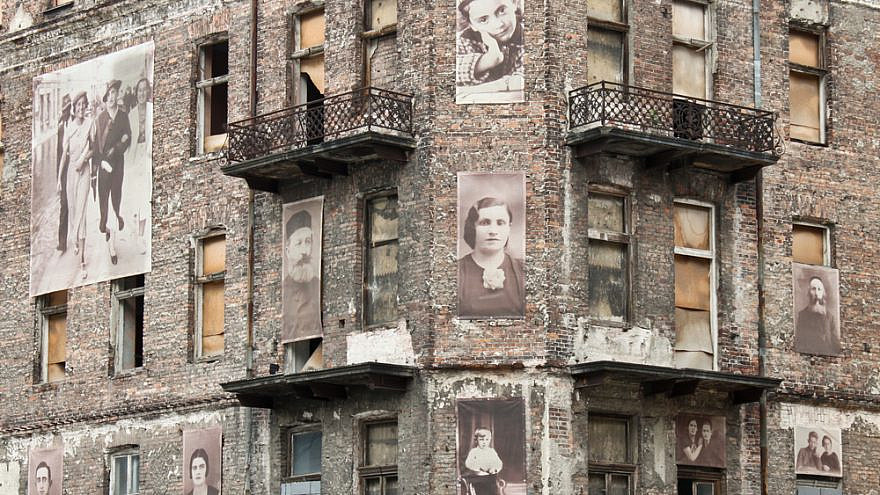 A building from the Warsaw Ghetto with pictures of Jews on the facade. Credit: Anastasia Petrova/Shutterstock.
Spread the word.
Help JNS grow!
Share now:

(April 21, 2021 / JNS) A new monument in Poland that honors a Holocaust-era archive compiled by Jews who lived in the Warsaw Ghetto was unveiled on Monday on the 78th anniversary of the Warsaw Ghetto Uprising.

The monument, a glass cube placed above an underground chamber, stands on the same ground where the collection was buried in secret in 1942, AFP reported.

On display inside the cube is a will from the archive that was handwritten by Dawid Graber, a 19-year-old who helped hide the documents from the Nazis. The will, written on a page torn out of a school book, states that “what we were not able to pass through our cries and screams, we hid underground.”

The materials were collected and buried by a group of activists called “Oyneg Shabbes” (“Sabbath Pleasure”). The archive is currently on display in the Jewish Historical Institute in Warsaw. All documents have been digitized and are available online.

On Monday, the first stone was laid for a monument to honor the members of “Oyneg Shabbes” at the Jewish Cemetery in Warsaw.