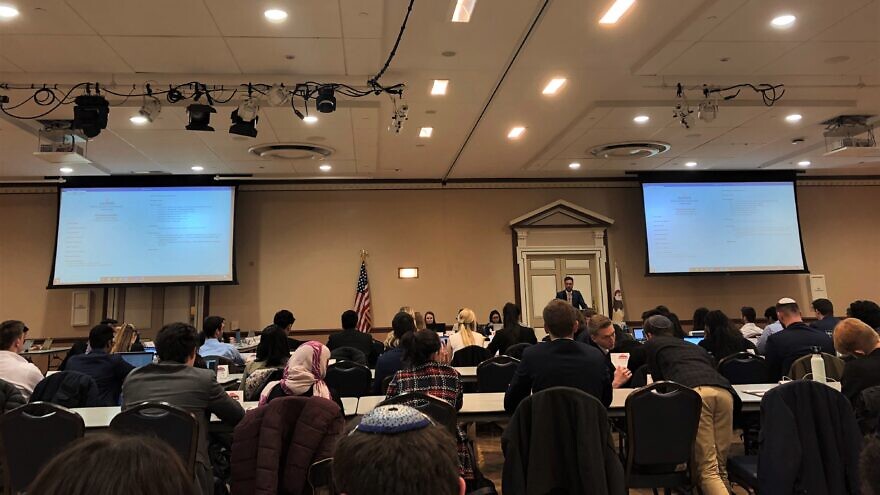 Students, faculty and clergy gather at the University of Illinois at Urbana-Champaign for a vote to pass a BDS resolution on campus on Feb. 13, 2020. Photo by Ben Zavell.
Spread the word.
Help JNS grow!
Share now:

(June 22, 2020 / JNS) A new English-language website, launched by the NGO Im Tirtzu, provides the names Israeli professors involved in the BDS movement and other activities critical of the state.

According to Im Tirtzu, among the criteria for inclusion are promotion of international pressure on Israel and membership in an organization engaged in activities deemed “anti-Israel.”

Im Tirtzu launched a similar Hebrew website in May 2019, which listed dozens of Israeli academics who teach at Israeli universities. The new website includes Israeli professors who teach abroad.

The stated mission of the website “is to create an understanding that the international BDS and delegitimization phenomenon against Israel does not exist in a vacuum; rather, it is often created, bolstered and spearheaded by Israelis themselves. Radical Israeli academics are often at the forefront of the boycott and delegitimization campaigns against Israel. By virtue of being Israeli, these radical professors are viewed by the outside observer as neutral and credible authorities on matters concerning Israel. This unearned credibility is then used by Israel-haters worldwide to attack Israel.”