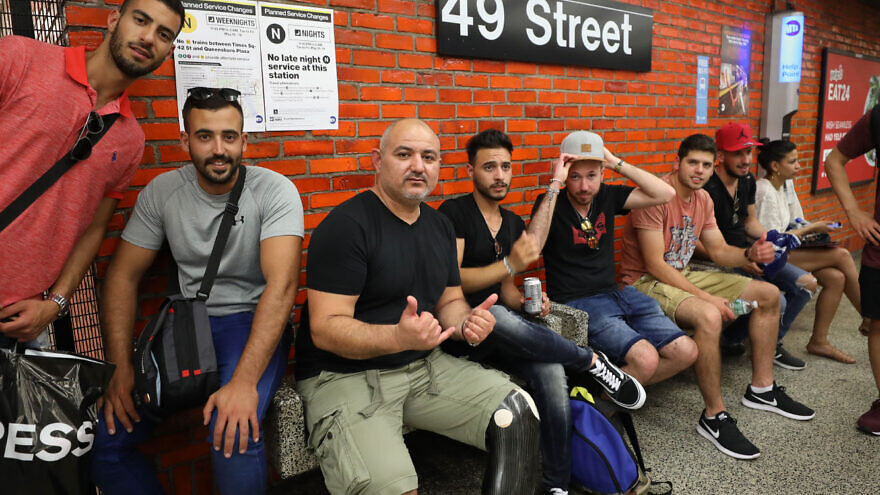 (November 23, 2022 / JNS) “Our Soldiers-Our Heroes” was the theme at the annual gala dinner benefiting Belev Echad in New York this week.

Belev Echad (“With One Heart”) supports wounded-in-action IDF veterans and security personnel who are rehabilitating from the emotional and physical trauma of war and terrorism. The organization is based in New York City with branches in Israel.

At the gala, held at Chelsea Piers in Manhattan on Monday, VIP celebrities from across the U.S. and Israeli TV stars from the “Fauda” and “Tehran” series heard the powerful stories of two young Israeli heroes who were gravely wounded during their IDF service yet beat the odds and not only survived but have been able to give back to their country.

Raz Mizrachi was deployed to eastern Jerusalem in May 2021 when a terrorist drove his car into her and five other soldier soldiers. She spent the next four months in intensive rehabilitation. She needed to learn to walk again. “Ten steps with excruciating pain was an accomplishment.”

Eli Chazzan, who was seriously wounded in a terrorist attack in Hadera in March this year, also spoke at the gala.

Belev Echad co-founder and director Rabbi Uriel Vigler said its mission “is to give these young heroes opportunities, support and power to advance in life, to develop their skills and talents, and help them build successful careers.”