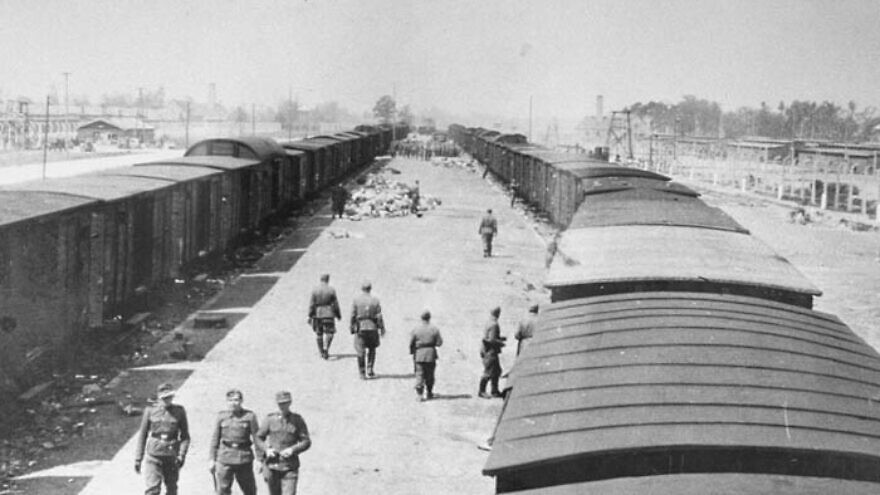 (April 1, 2021 / JNS) The New Yorker is under fire for an article it posted last week that critics claim lays the blame for the murder of Jews in Poland during World War II on the Polish people and not the Nazis.

The magazine article explored a legal fight waged against two historians who alleged that a Polish mayor named Edward Malinowski helped the Nazis find Jews and Jewish partisans hiding in forests. The historians—Jan Grabowski and Barbara Engelking—recently lost their fight and were ordered to pay restitution to Malinowski’s family.

“The article in The New Yorker contains so many lies and distortions that I find it a bit hard to believe that it is a coincidence,” said Piotr Cywinski, museum director at Auschwitz-Birkenau, in a statement. “Furthermore, when it concerns the Holocaust, any distortion of historical truth is very dangerous.”

Much of the criticism stems from the original subhead: “To exonerate the nation of the murders of three million Jews, the Polish government will go as far as to prosecute scholars for defamation.”

In a letter to the magazine, the Polish Embassy asked that the article be pulled, and if that was not possible, that it be edited, calling the subhead “the most absurd part of the text … through which the author accuses Poles of murdering 3 million Jews.”

According to Ronald S. Lauder, president of the World Jewish Congress, “It is most unfortunate that in seeking to draw attention to the Polish government’s problematic confrontation with the tragic history of wartime Polish-Jewish relations, The New Yorker’s Masha Gessen implies that Poles (not Germans) were the prime perpetrators of the Holocaust.

“This historically false characterization should not have found its way into the pages of The New Yorker or any publication … ,” continued Lauder. “When discussing history, the precision of language and facts is essential. Whatever the extent of local participation, Poland cannot be held accountable for masterminding the plan to wipe out Polish and European Jewry which was pursued by the Germans with ruthless zeal.”

Gessen, whose grandmother survived the Holocaust, noted on Facebook to be the recipient of hate mail and death threats, and that what was included in the article is being misunderstood.

“Most of the reactions seem to focus on a single phrase concerning the Polish government’s ‘effort to exonerate Poland—both ethnic Poles and the Polish state—of the deaths of 3 million Jews in Poland during the Nazi occupation,’ ” Gessen wrote in the post, which was sent to a Polish newspaper. “Contrary to the laws of both linguistics and logic, this sentence has been interpreted as an assertion that Poles, or Poland, is responsible for the deaths of all three million Jews killed on its land during the Holocaust. I said no such thing.”

In response to the criticism, The New Yorker did make some changes, including adding a new subhead it says was “updated to include reference to the Nazi occupation of Poland, and to more accurately describe the potential legal threats to scholars.”