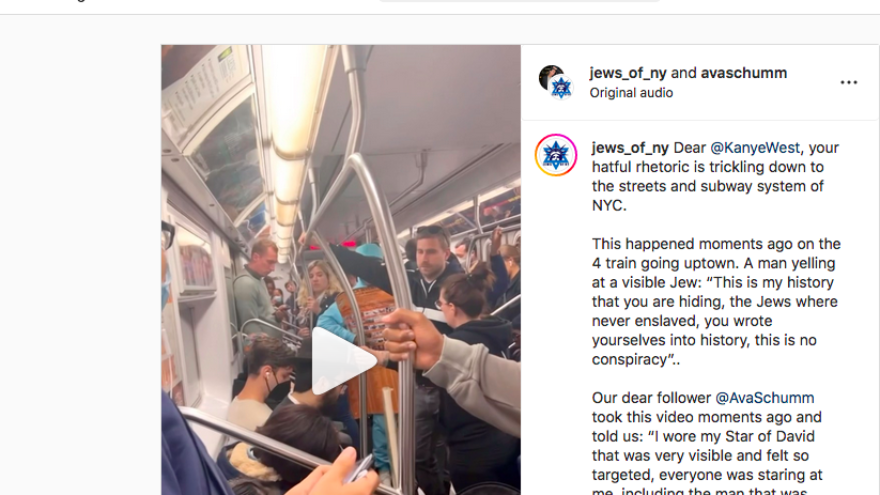 The Instagram page Jews of New York is receiving dozens of messages and videos of anti-Semitic incidents occurring throughout New York City, all being sent since the Jewish High Holidays began and with an increase since Kanye West made his anti-Semitic remarks this weekend.

Jews of New York representatives have gone out into the city streets to erase hate, such as “Jews suck” written on light posts. But threats against the city’s Jews persist daily. A Sukkah was vandalized on the Upper East Side this week.

A video on Instagram shows a man shouting at a visibly Orthodox Jew on the subway. “This is my history that you are hiding, the Jews were never enslaved, you wrote yourselves into history, this is no conspiracy,” the man yelled. The hateful speech is similar to Kanye West’s anti-Semitic remarks this week.

“In my time managing Jews of New York, I have never seen such constant hate against Jews in our city,” said Yoav Davis, founder of Jews of New York. “We are deeply concerned for the safety of the Jewish community in the world’s largest diaspora. We need our friends and allies to speak up, and we are praying that this endless cycle of hate will come to an end.”