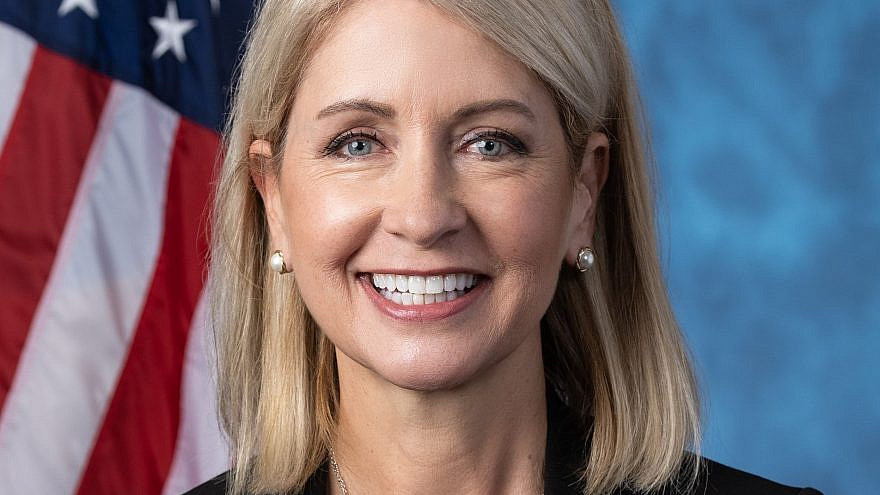 “Earlier this week, I spoke to a group of mothers about the importance of faith and guarding our youth from destructive influences,” she said in a statement released by her office. “I sincerely apologize for any harm my words caused and regret using a reference to one of the most evil dictators in history to illustrate the dangers that outside influences can have on our youth.”

“This dark history should never be repeated, and parents should be proactive to instill what is good, true, right and noble into their children’s hearts and minds,” continued Miller. “While some are trying to intentionally twist my words to mean something antithetical to my beliefs, let me be clear: I’m passionately pro-Israel, and I will always be a strong advocate and ally of the Jewish community.”

She noted that she has talked with Jewish leaders across the country and is “grateful to them for their kindness and forthrightness.”

Miller made the initial remark on Tuesday, two days after being sworn in on Sunday, in front of a crowd of supporters of U.S. President Donald Trump outside the U.S. Capitol.

“Hitler was right on one thing: He said, whoever has the youth has the future,” she said. “Fill your children’s minds with what is true and right and noble, and then they can overcome evil with good because they can actually discern between what is evil and what is good.”

“What Congresswoman Miller said was unacceptable. We are very pleased that she listened to our advice to offer an unmitigated apology for her words,” RJC spokesperson Neil Strauss told JNS. “We are confident she has learned from this experience and that she is committed to working with the Jewish community going forward. This was a teachable moment for her and her colleagues.”