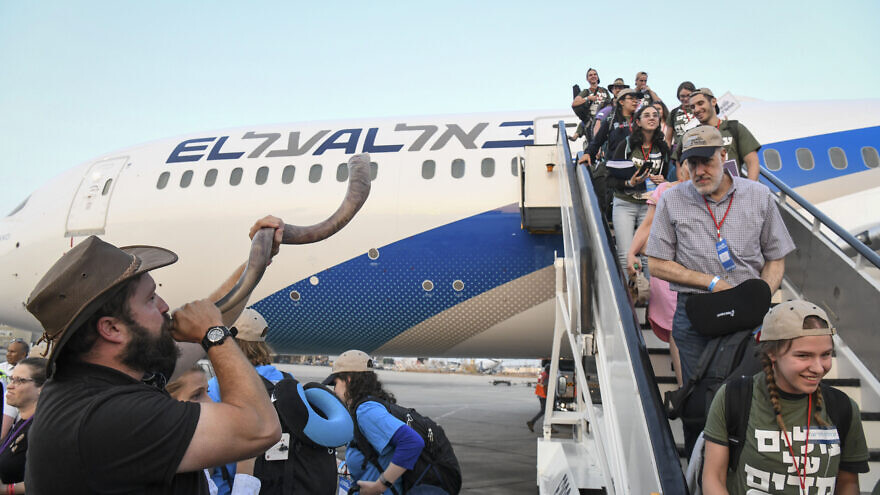 (June 16, 2021 / Israel Hayom) Some 5,000 new immigrants from the United States and Canada are scheduled to immigrate to Israel by the end of 2021, according to new data published by the Nefesh B’Nefesh organization in conjunction with Israel’s Aliyah and Integration Ministry, the Jewish Agency for Israel and Keren Kayemeth LeIsrael–Jewish National Fund USA.

Nefesh B’Nefesh has reported a spike in the number of immigration requests and files opened during the COVID pandemic. In 2020, the organization received 14,022 requests, compared to 4,582 in 2019.

Since January 2021, some 1,171 immigrants from North American have arrived in Israel, a 95 percent increase over the same time period in 2020 and 22 percent more than in 2019, the organization reported.

In 2020, a total of 3,168 immigrants from North America arrived in Israel through Nefesh B’Nefesh.

This year’s immigration wave is expected to crest in August when more than 1,000 North American immigrants are slated to arrive.

One of the new immigrants, 19-year-old Max Goldman of Maryland, is planning to serve in the Israel Defense Forces as a lone soldier.

“After I finished my pre-army preparatory academy at Kol Amir, I started to feel how much Israel really is our country, and that I need to defend it. Israel is the main place that defends Jews all over the world, and being part of that and contributing to the country is something special,” said Goldman.

“With that feeling and my connection to friends from Israel, the Israeli chutzpah and the way people live their daily lives, I knew that this would be my new home. I’m officially making aliyah, and I’m so excited to be returning home and living in the Land of Israel,” he added.

Rabbi Yehoshua Fass, the co-founder of Nefesh B’Nefesh, said, “After a year of challenges in which Israel proved its strength and determination, this year we are seeing the fulfillment of the enormous growth of requests to make aliyah last year. Many olim are going to fulfill their dream of setting down roots in Israel, with the peak this summer, when there will be an ‘air train’ of dozens of groups of new immigrants from North American who will be landing at the gates of Israel.”