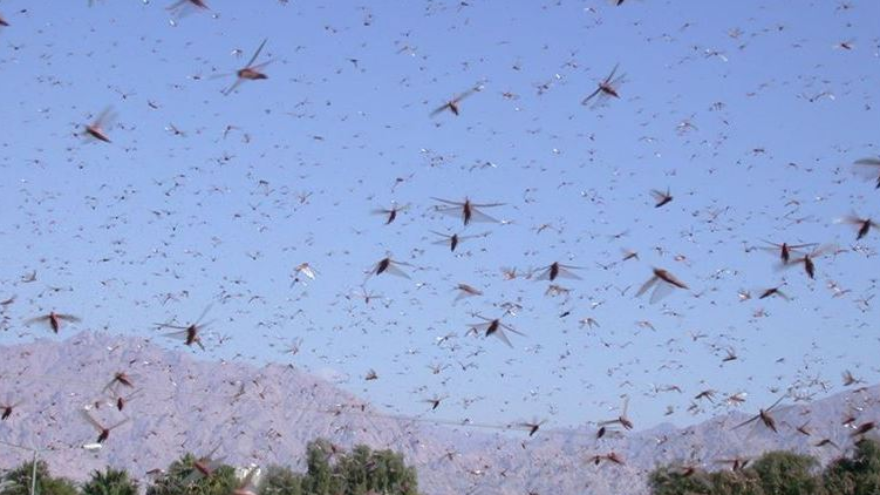 (February 10, 2022 / JNS) Locust swarms have been a major cause of famine from ancient times right up to the present day. Now, researchers from Tel Aviv University (TAU) have shown that locusts’ microbiomes may play a role in their aggregation behavior.

Specifically, the researchers found that bacteria called Weissella, almost completely absent from the microbiome of solitary locusts, becomes dominant when the host joins a group.

The project was led by professor Amir Ayali and PhD student Omer Lavy from the School of Zoology at TAU’s George S. Wise Faculty of Life Sciences. The study was published in Environmental Microbiology.

“Locust swarms that decimate all crops in their path have been a major cause of famine from biblical times to the present,” said Ayali. “Over the last three years, large parts of Africa, India and Pakistan have been hard-hit by locust outbreaks, and climate change is expected to exacerbate the problem even further. Locust swarms form when individual locusts, usually solitary and harmless, aggregate and begin to migrate. However, the causes for this behavior remain largely unknown, and an effective solution is yet to be found.” 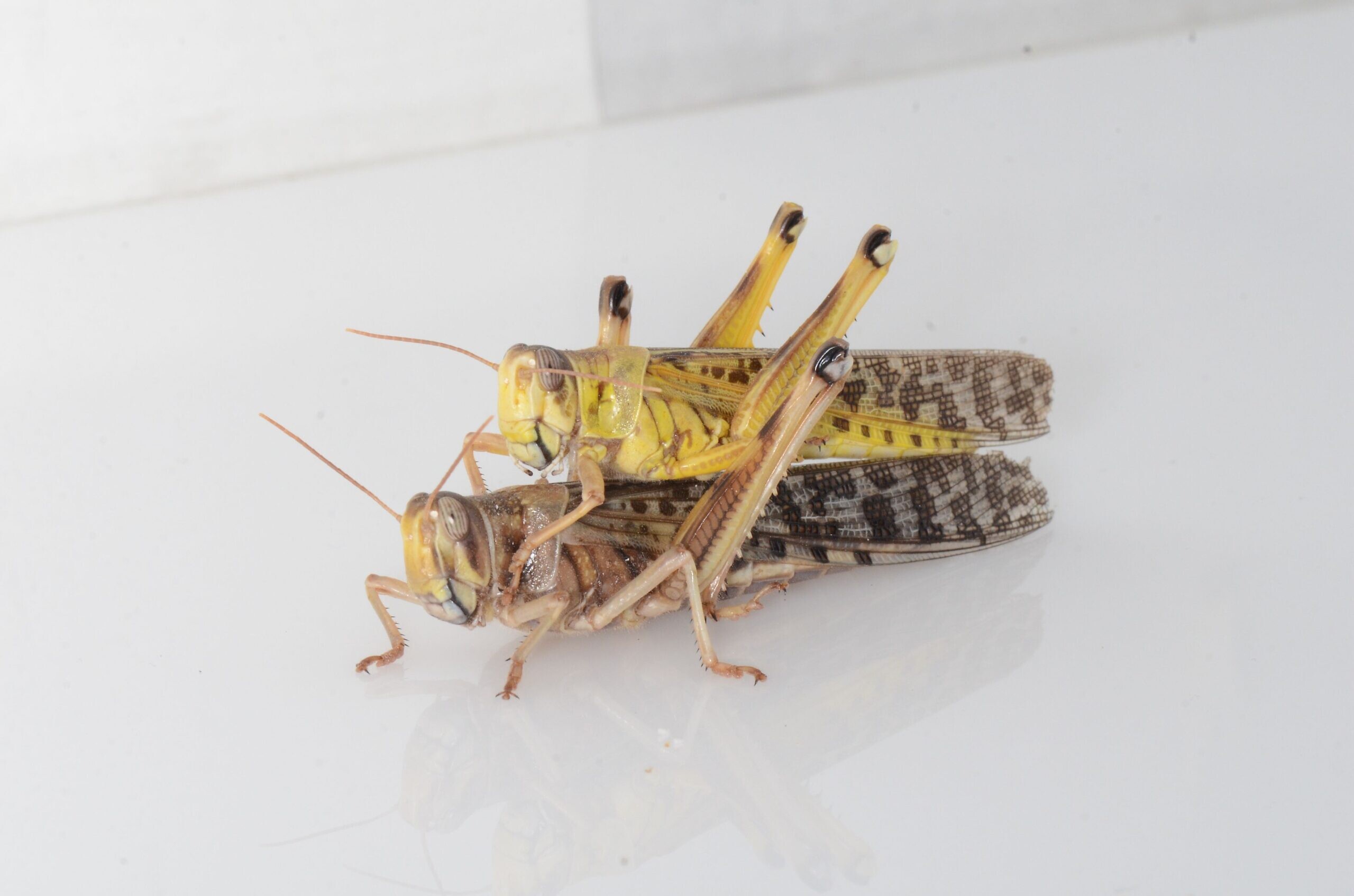 Although the researchers stressed that their work does not prove unequivocally that the Weissella bacteria are responsible for the swarming and migration of locusts, “the results do however suggest a high probability that the bacteria play an important role in inducing this behavior—a new hypothesis never previously proposed,” said Ayali.

To test their hypothesis, the researchers examined the gut microbiomes of locusts in their lab. They found that the change in Weissella bacteria levels occurred when a solitary locust joined a large group of about 200 others.

They then developed a mathematical model that was used for analyzing the conditions under which induction of locust aggregation produces significant evolutionary advantages for Weissella, allowing these bacteria to spread to numerous other hosts, a release explained.

Based on these results, the researchers hypothesize that the bacteria may in some way encourage their hosts to change their behavior and become more “sociable.”

“We hope that this new understanding will drive the development of new means for combating locust outbreaks—still a major threat to countless people, animals, and plants all over the globe,” concluded Ayali.