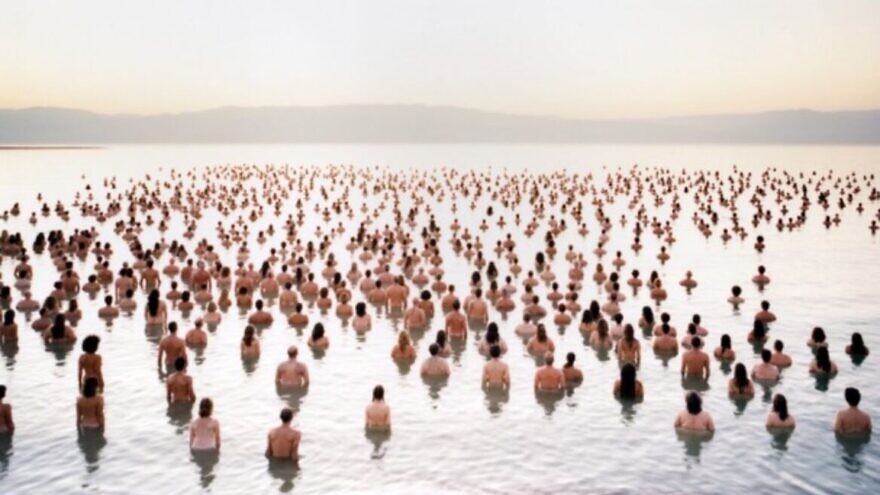 (October 13, 2021 / Israel21C) Ten years after Spencer Tunick first set his lens on the Dead Sea, the world-renowned photographer will once more capture the quickly disappearing natural wonder against the backdrop of hundreds of nude people.

The photo shoot, which is set to take place on Sunday, Oct. 17, will see 300 men and women gather in Arad, the picturesque town overlooking the Dead Sea, for an installation meant to raise awareness of the deteriorating state of the sea and to celebrate the establishment of the Dead Sea Museum.

“Being back in Israel is surreal in many ways,” said Tunick. “Aside from the obvious—coronavirus and the travel bans and restrictions over the past 18 or so months—so much has changed since I was here last. One of the primary aims of my installation photographs is to raise awareness of the devastation that has befallen the areas of the Dead Sea that I photographed in 2011. The original installation site at Metsoke Dragot has all but disappeared and is no longer accessible, due to dangerous sinkholes.” 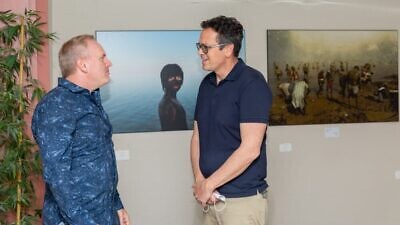 He added: “I am hoping that my new work and the inauguration of the Dead Sea Museum that will be in Arad will inspire methods and technologies, environmentalism and conservancy, aimed at rebuilding and recondition the Dead Sea.”

“There are many ways to inspire people, and I do this through art,” he continued. “With hundreds of people volunteering for our installation, we are immersing ourselves in the preservation of an important natural resource and world wonder.”

“For me, it will be a very rewarding experience, and I hope it is for the participants and everyone who gets to view and appreciate the finished framed photographic works. Yet, it comes with the sad realization of the disastrous consequences of overexploiting natural resources without measures toward restoration,” Tunick said.

“With my works at the Dead Sea, I attempt to poetically visually create pushback against the loss of a natural wonder of the world. Change will not happen in a vacuum; sometimes, it takes art to spread the word,” he concluded.