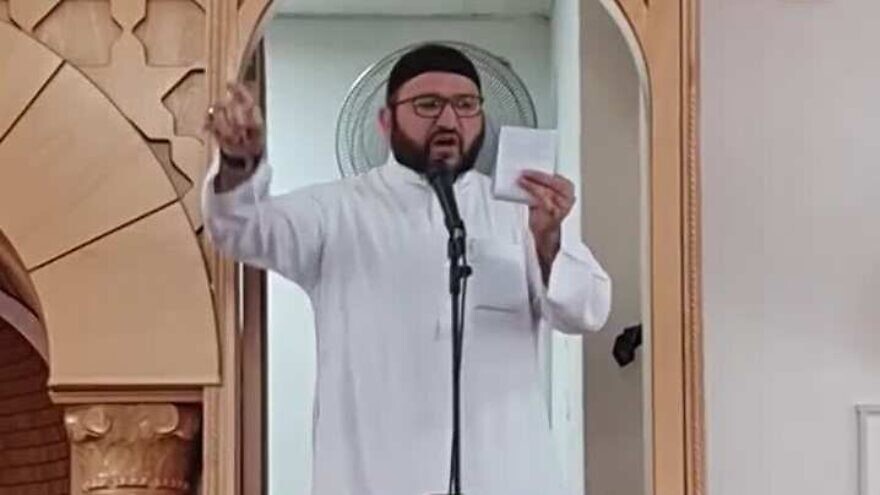 (November 22, 2021 / MEMRI) Fadi Abu Shkhaydam, who shot dead one Israeli and wounded four others in Jerusalem’s Old City on Sunday before being gunned down himself by Israeli security forces, was a well-known preacher in eastern Jerusalem.

In a Friday sermon he delivered in 2020, Abu Shkhaydam railed against “the Jewish and Christian masters of heresy,” calling them “the leaders of injustice in our days.”

“One of the fiercest forms of injustice are the repeated attacks against the shari’a, the opposition to the rule of the shari’a and replacing it with man-made [legal] systems,” he said.

Abu Shkhaydam said “evil atheism” and “spiteful communism” were behind these attacks, along with “the Jewish and Christian masters of heresy” and their “despicable followers,” who he said were “the tyrannical sultans and the evil ulama [scholars], those who sold their conscience.”

Women, too, had declared war on shari’a, he added — in particular those who had “abandoned modesty, chastity and honor and jumped on the bandwagon of CEDAW [the U.N. Committee on the Elimination of Discrimination against Women].”

All of these, said Abu Shkhaydam, were “the masters and leaders of injustice in our days.”

“They are led by the devil, and they are funded by filthy money from those Bedouins in the United Arab Emirates,” he said. “Zionism devises sins for them, and they get their instructions from the prostitute Arab regimes and rulers,” he added.