(January 22, 2023 / JNS) They have no use for safe spaces, are never triggered and reject the idea of victim culture. The teenagers of Club Z more closely resemble hardened titanium than the melting snowflakes of so many of their peers and represent a powerful beacon of hope for American values and the Jewish people. This Jewish youth organization—Z is for Zionist—held its national conference last weekend, and I was privileged to be there when 200 energetic young high school students, suited and booted for business, descended on an unsuspecting Miami airport hotel.

During keynote speeches and breakout sessions from some of the finest minds in the Zionist world, the students—aged between 14 and 18—listened intently, took notes, challenged, questioned, conversed, debated and argued, sometimes heatedly. They were quick-witted, intelligent, articulate and confident, yet no self-absorbed nerds—roasting and ragging each other, they made time to party into the night and rampage the hotel corridors as youthful needs must. They were serious people with a serious purpose but that didn’t stop them from plunging fully clothed in jackets, ties and stylish dresses into the hotel pool one evening, led with abandon by their Chief Zionist Officer, the redoubtable Masha Merkulova, founder of Club Z.

So, this was no ordinary hotel conference, but this is no ordinary group. Club Z is a youth organization that should not exist. The fact that it has to is an American tragedy that needs to be brought to an end, and Club Z is doing its bit to try and achieve that. After a relative pause of some 50 years following the end of the Second World War and the Holocaust, Jew hate—now masquerading under the more fashionable alias of anti-Zionism—is firmly back on U.S. campuses and growing at an alarming rate.

Recent studies show an intensifying campaign of coordinated attacks on Jewish identity at over 60% of American colleges that are popular with Jews, 2,000 incidents intended to harm Jewish students since 2015 and a shocking proportion of students experiencing antisemitic attacks, with many feeling the need to hide their Jewish identity.

How can young Jews be steeled to face the growing discord of antisemitic music when they get to university and, increasingly, even while still at high school? Club Z has the answer. Its network of dedicated, compassionate and highly skilled educators and mentors hold regular sessions at clubhouses, summer camps, conferences and online to arm and equip high school students to stand up for themselves and fight back. 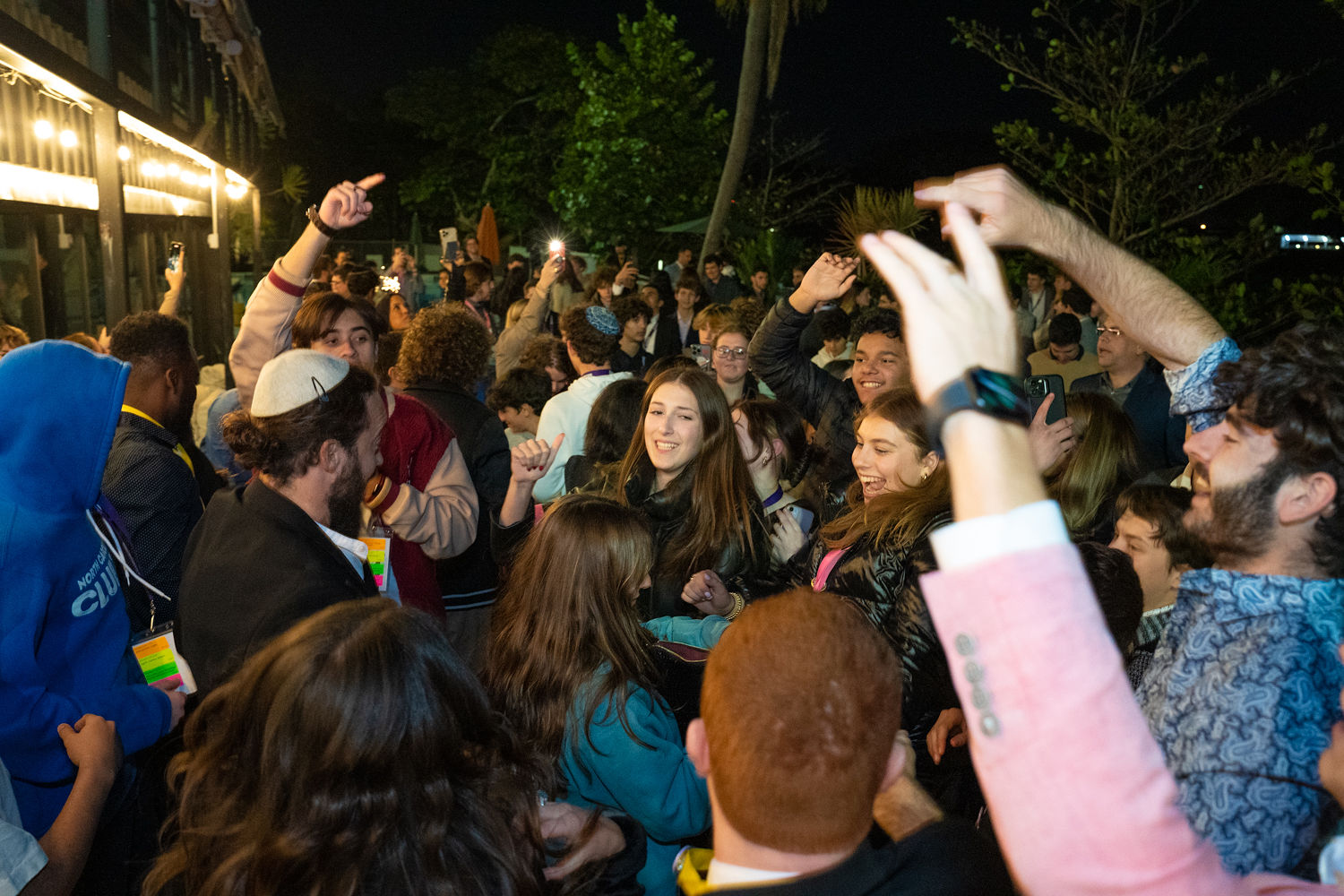 As Club Z puts it, you wouldn’t send a student to learn algebra without first doing a course in basic maths and you wouldn’t expect someone to study medicine without prior knowledge of biology and chemistry. Likewise, as a former military commander, I would never send a soldier into battle without training him or her to fight. And that’s the work of Club Z. According to Dr. Naya Lekht, the group’s National Director of Education: “Our rigorous academic program molds students’ understanding of history, identity and ability to unpack ideology, so that when they encounter antisemitism cloaked as anti-Zionism they are not merely armed with talking points, but have fully internalized this knowledge.”

At Club Z students are taught how to speak out and debate Jew-haters, and exercised in these arts to give them the confidence to stick up for themselves and their fellow Jews even in the most toxic situations. In a variation on what the armed forces call “battle inoculation”—training under a hail of real bullets—they attend anti-Israel rallies, protesting the protesters and getting real-life practice in standing against the kind of venom they will encounter when they get to college.

This political warfare has many things in common with military warfare, not least the indispensable need for teamwork and comradeship. Jews on campus will always be fighting outnumbered against an organized, well-coordinated rabble-rousing opposition that is out to deluge them with contempt—to cancel, cow and silence them. The friendships and bonds of shared purpose established at Club Z’s Miami conference, and at their other events, and the knowledge that Club Z and its resources will always be there for them, give these young Jews strength they would otherwise struggle to find.

As Merkulova says: “Kids naturally want to be like—and be liked by—their peers. But having the courage to stand up when something is wrong and to know they deserve to be treated with respect is ultimately strengthening. And it helps knowing we at Club Z always have their back.” One of the students at Miami, 16-year-old Shayna Levin from New York, told me how in tenth grade her high school teacher repeatedly singled her out on Israel issues as the only Jew in class: “Club Z helped me get the information to fight back and made me feel I wasn’t alone.”

One of the messages that came loud and clear from the Miami conference is that these teens are fighting much more than just verbal and sometimes physical assaults on them and their friends, bad enough as that is. The campus Jew-hate movements have the deeply sinister purpose of subverting young people against a key American ally. Whether they call themselves Students for Justice in Palestine, Young Democratic Socialists of America, Palestinian Youth Movement or whatever, they are all focused on the same thing: To punish, humiliate and shame young Jews into turning against the Jewish state, to fatally undermine the long-term support of the American Diaspora that remains vital for Israel.

Jewish organizations that go along with their anti-Zionist bile, most notoriously Jewish Voice for Peace, which proclaims “unequivocal” opposition to Zionism, are living proof of their chilling effectiveness. Many young Jews who don’t actually believe that Israel should cease to exist are drawn to their message for a quiet life and to signal their supposed virtue, gaining acceptance among peers who have been contaminated by the ubiquitous anti-Israel propaganda.

This is a fight for American values, Western civilization, Jewish identity and the State of Israel. As Iron Dome protects Israelis from deadly missiles fired from Gaza, Club Z provides a titanium dome to help defend against the corrosive political missiles fired every day from college campuses. We can be thankful that so many young Jewish high school students from across America are ready and willing to devote so much of their irreplaceable youth to stand up for what is right.

You can sign up or support Club Z here.