(July 8, 2022 / JNS) The Community Security Trust (CST), an organization in the United Kingdom that prevents and records anti-Semitism, found a worrying spike in anti-Semitic activity last May and June, when some pro-Palestinian campaigners verbally and physically assaulted Jews. This was during and after Israel’s 11-day conflict with Hamas in the Gaza Strip when the terror group launched more than 4,000 rockets into civilian areas in Israel. Violence was also incited by the Palestinian Authority, whose leaders incited widespread violence in Jerusalem and cities across Israel. Anti-Semitism increased by 500% in the United Kingdom, demonstrating how anti-Zionism often conflates with anti-Semitism. While hate towards the Jewish state increased, so did hate for Jews across the world.

What further fueled this hate was Amnesty International. Their report, Israel’s Apartheid Against Palestinians: A Cruel System of Domination and a Crime Against Humanity, released on Feb. 1, argues the absurd notion that Israel is guilty of apartheid against Arabs living in the State of Israel and the Palestinian territories. Never mind that roughly 21% of Israel’s citizens are Arabs or that all citizens—whether Christian, Muslim, Jewish or Druze—have equal voting rights and access to public spaces. Israel is also one of the only places where Arab women can freely vote. Even the Arab party in the current Israeli government coalition rejects the apartheid label. Describing a democratic nation as an apartheid state is not only incorrect and offensive, but minimizes the atrocities of apartheid South Africa, which was characterized by racial segregation whereby hospitals, beaches and schools were reserved for whites, and black citizens could not vote.

This report is not the first time that Amnesty International has unfairly targeted Israel. In Amnesty’s previous report on world human rights between 2020-21, the four pages devoted to Israel primarily focused on its treatment of Palestinians. Whereas out of the four pages devoted to Lebanon, only two sentences discussed Lebanon’s treatment of Palestinian refugees. This is both disappointing and shameful since the 18,000 Palestinian refugees in Lebanon cannot gain citizenship and cannot own property or work in most professions. Like many of Amnesty International’s reports, however, Israel receives an unwarranted amount of attention. 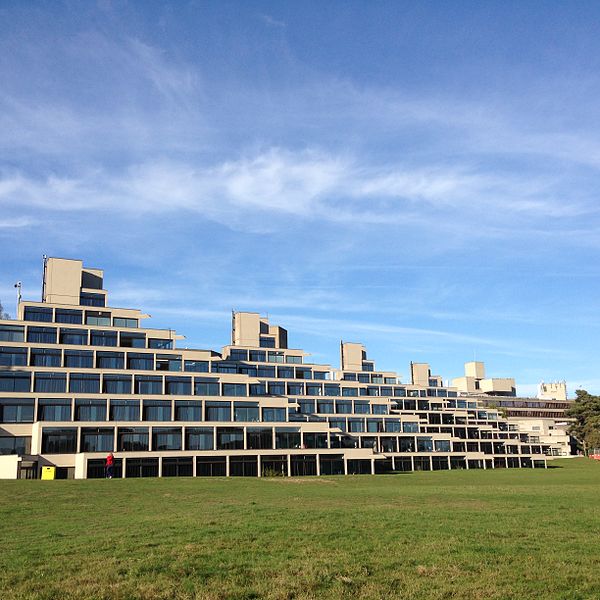 Bias against Israel affects the campus climate and that has undoubtedly been the case at the University of East Anglia (UEA) in Norwich, where student societies have levied many of the charges featured in Amnesty’s report to target the campus Jewish community. Last August, a student society on campus called “Decolonise UEA,” which is “committed to decolonial initiatives across UEA,” shared an ill-informed post campaigning for an alternative anti-Semitism definition, the Jerusalem Declaration, to be adopted by the Student Union. The post accused Israel of ethnic cleansing and colonialism—claims that echo the egregious claims in Amnesty International’s latest report.

Many societies have since deleted their shared posts. Still, the Labour Society, Politics Society, Arab Society, Feminist Book Club, Marxist Society, Pride Society and Palestinian Solidarity Society were quick to jump on the bandwagon by sharing the post. The post also contained blatant lies regarding the (International Holocaust Remembrance Alliance) IHRA’s working definition of anti-Semitism stating that “The IHRA definition of anti-Semitism makes expressing Palestinian experience of colonialism and its attendant violence punishable.”

This is patently false. The IHRA definition is non-legally binding and remains widely accepted by academic institutions and state/regional governments across the world. It is the gold standard for identifying contemporary anti-Semitism and has nothing to do with Palestinians or policies regarding freedom of expression.

Further anti-Semitism at UEA has been revealed by the Pride Society’s apprehension and subsequent refusal to collaborate on an event with the Jewish Society (JSoc). The Jewish Society proposed hosting a “Pride Day Night Dinner,” in which JSoc and Pride members would gather to celebrate Pride Month. Although Pride initially expressed interest and agreed on a date, their lack of advertising and input meant that no Pride members had purchased tickets just days before the event. The event was thus postponed for three weeks, during which time Pride expressed a desire to withdraw from the event on the assumption that the speaker would address “Israel and Zionism (the areas of concern),” despite JSoc outlining everything the speaker would discuss, which was strictly on the subject of allyship with the LGBT+ community and contributions of Jewish LGBT+ people. Placing grievances that one may have with Israel on Jewish students at UEA is anti-Semitic.

University administrators must strive to understand the origins of anti-Semitism, beginning with the spread of libels about Jews and Israel. In the same way that anti-Zionists have used Amnesty International to incite anti-Semitism, campus groups use their privileges to further their crusade against Jews. Before attempting to fight for equality, individuals, university administrations and human-rights organizations must educate themselves on anti-Semitism and the law.