(May 27, 2021 / JNS) As I stood by myself against 100 pro-Palestinian activists in Teaneck, N.J., one passage from the book of Obadiah kept playing over and over in my head. “On the day that you stood aloof, on the day that strangers carried off his wealth and foreigners entered his gates and cast lots for Jerusalem, you were like one of them.” The activists had gathered on the grounds of the municipal building to stand in solidarity with their kinsman in Gaza and the West Bank. The time for the gathering was set for Saturday afternoon as many Jews of Teaneck were enjoying their Sabbath rest. Having witnessed such gatherings devolve into roving gangs of Palestinians harassing Jews, I chose to go to Teaneck to stand with the Jews.

As a Christian, my willingness to go stand alone for Israel—to be called a fool, mocked and laughed at—is rooted in my reading of scripture. I find the passages like the one from Obadiah to be a warning for my fellow Christians to not be like the Edomites. This passage is not the only warning about callous indifference towards Israel and the Jews. The New Testament describes Gentiles as believers who are like a wild olive shoot that is grafted into the olive tree root in Israel. In his warning against pride, the writer notes, “It is not you who supports the root, the root supports you.”

Nevertheless, the shift in Christian support for Israel in the last 70 years—timed to the establishment of modern-day Israel—is remarkable. 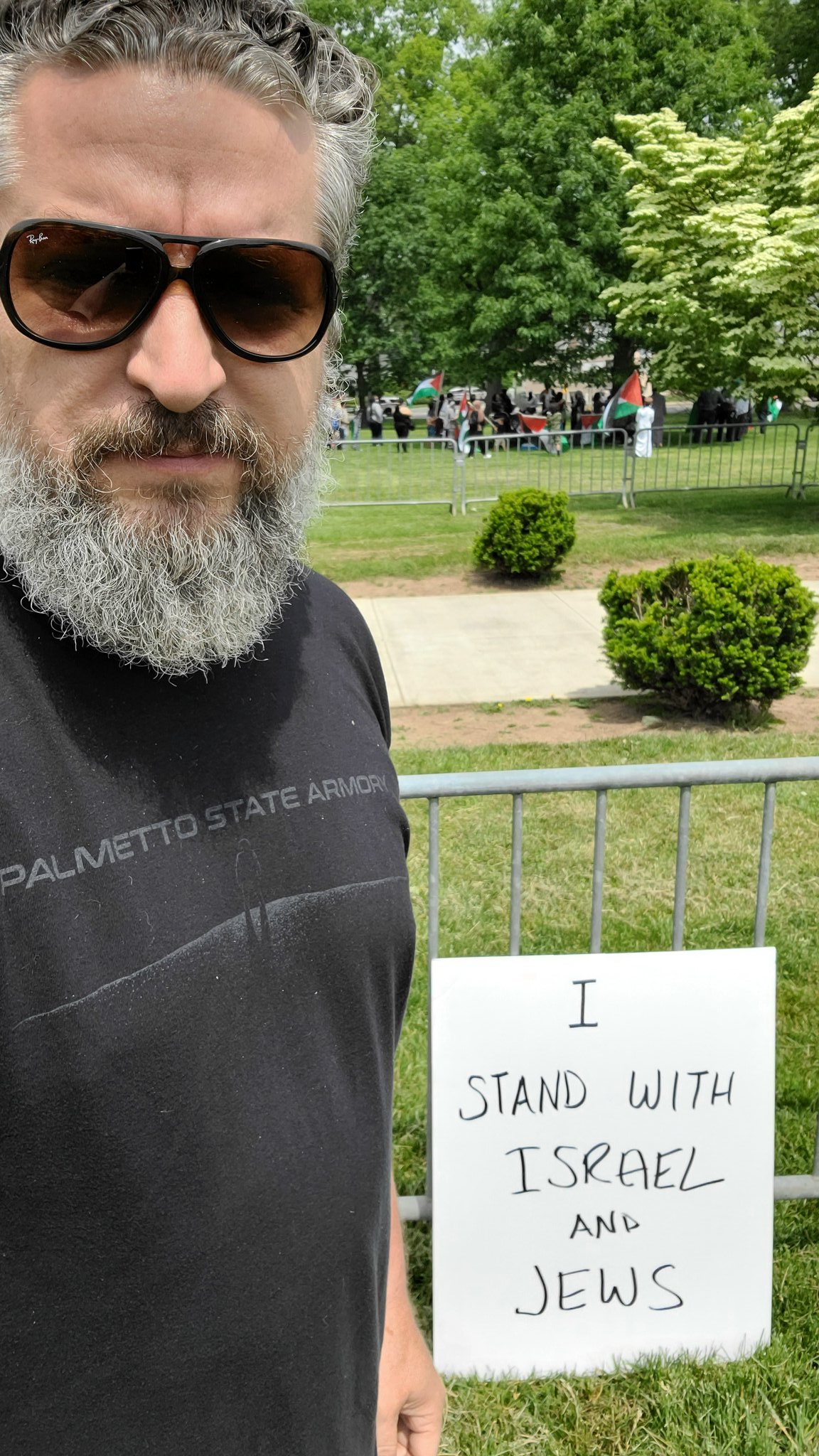 The majority of Christians in the world don’t support Israel for theological reasons, but they will still support Israel. For those supporters, the motivation is historical. These Christians read their Bible and see the obvious connection between Jews and the Land of Israel. They believe that the connection still exists. They do not believe, however, that the Jews or the Land is special in any particular way. For these Christians, Israel and the Jews are the same as Fiji and the Fijians. They are a particular people, but not particularly special.

My stand for Israel and the Jews is deeply personal—a combination of theology, history, experiences and relationships that I have developed over the last several years.

I can remember vividly my first Shabbat dinner with an Orthodox Jewish family in Jerusalem. The table was set with glasses for wine and a loaf of bread ready to be broken and shared. The bread and wine were familiar to me, but I was not prepared for the host and the family to sing Proverbs 31 for his wife. I was also not prepared to see the father lay hands on the head of each child, one by one, as he prayed a blessing over them like Abraham and Isaac had done. At that moment with tears in my eyes, I witnessed ancient and modern Israel being smashed together.

The anti-Israel activists within churches or outside of it seek to drive a wedge between the Israelites of the Bible and the Israelites of today. I witnessed the unity. Despite the scattering, the pogroms and the persecutions many times at the hands of those who claimed to be Christian, here a family in Zion confirming the promise made thousands of years earlier. The more time I spend with Jews and walk the land of Israel, the more I see God’s faithfulness.

As I stood with my sign opposite the 150 to 200 Palestinian activists, other Jews began showing up. Some wore kipahs, and others did not. Our numbers never grew to more than a dozen. As the afternoon grew hotter, so did the anger hurled at us. The cries of “Fascists! Nazis! Baby Killers!” by the Palestinians, however, were met with “I don’t hate you” and “We want peace” by the Jews.

In those moments, I was proud of the side I had chosen. And when the next threat of pogrom happens, I will be there again. I will stand because I refuse to be counted among those who stand aloof when their brothers and sisters are in trouble.

Luke Moon is the deputy director of the Philos Project.