(May 26, 2021 / JNS) Everything in Israel is about politics. But nothing is more intensely political than archeology. That’s because the moment you stick a shovel in the earth of a place like Jerusalem and start digging, you are inevitably going to encounter Jewish history—and that is something that those who label Israel a colonialist enterprise intended to disinherit the “indigenous” inhabitants cannot abide.

That is why Eilat Mazar, one of Israel’s most distinguished and important archeologists, remained controversial throughout her career. Mazar, a professor at the Hebrew University’s Institute of Archeology who died this week at the age of 64, inspired critiques from professional colleagues who didn’t share her interpretations of her work, as well as from Arabs who, as some told The New York Times in 2019, denied the entire existence of ancient Jewish history. Indeed, Mahmoud Abbas, the “moderate” head of the Palestinian Authority, has claimed that there was no biblical temple on what Jews call the Temple Mount, where Muslims subsequently built mosques, and that all Jewish ties to places like the Western Wall throughout their capital are fiction.

So denying the historicity of the finds that Mazar discovered at places like the City of David National Park aren’t merely academic arguments, but go to the heart of attempts to delegitimize Israel’s existence. Thus, although a scholar and not a politician, Mazar’s work didn’t just provide a fascinating look into Israel’s ancient past. It’s an essential part of the answer to those who deny Jewish rights anywhere in their homeland.

Mazar came by her interest in archeology naturally. She is the granddaughter of Benjamin Mazar, one of the pioneering figures in the field and a president of the Hebrew University of Jerusalem. She assisted him on his digs along the southern and western walls of the Old City, including the Ophel, the area between the City of David and the Temple Mount, in the 1970s, which was made possible by the reunification of the city in the Six-Day War in June 1967. 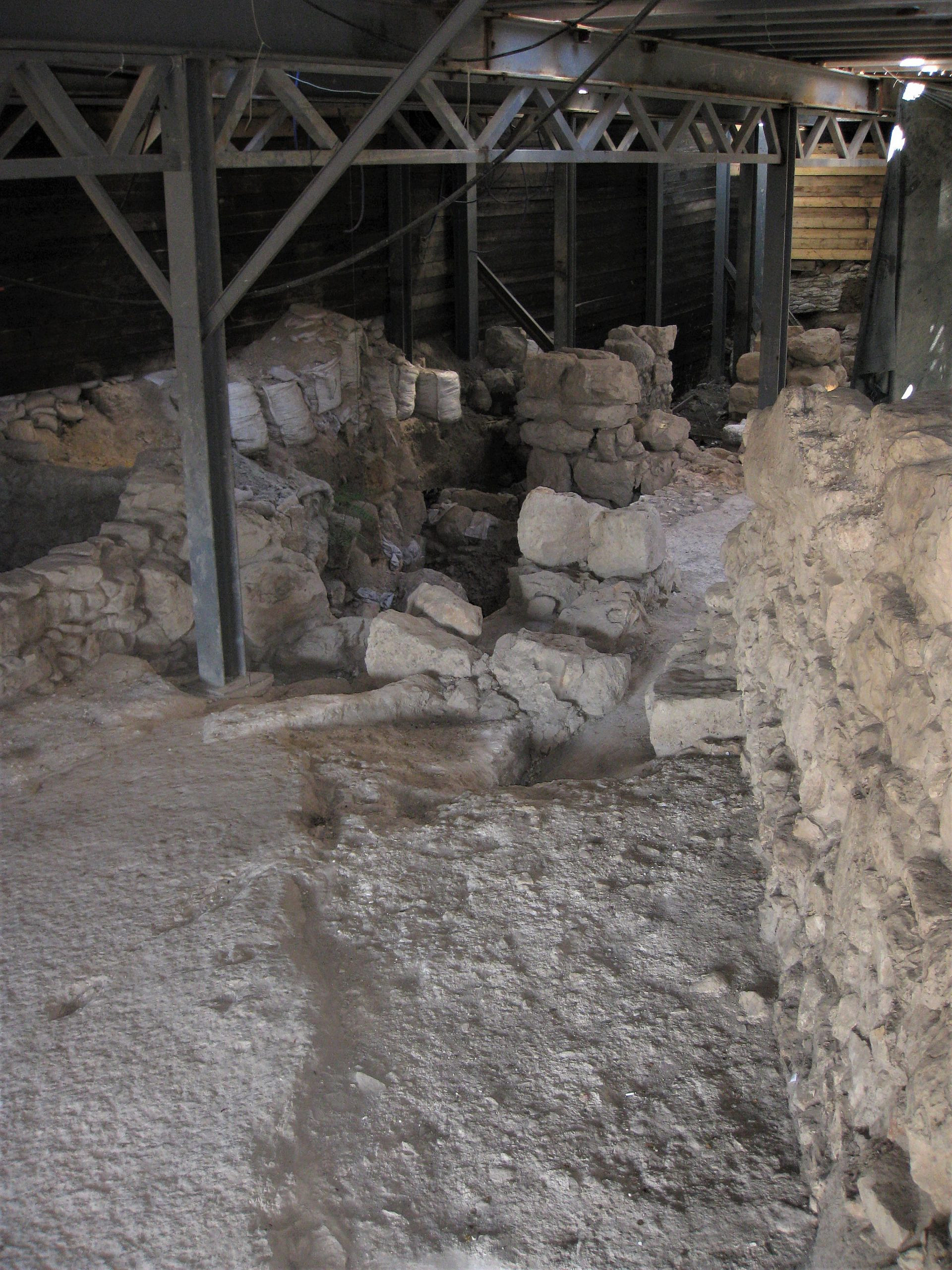 But she would later become a major figure herself because of her own historic finds in what was the site of the city during the time of Davidic Kingdom some 3,000 years ago, just south of the current Old City walls in the area known as Silwan. Though her work spanned decades, she was principally known for discovering the site of what she believed to be King David’s palace in August 2005.

When I interviewed her only a few days after her initial announcement, she described to me the long years of study, writing and preparation before the dig began. But as she said, “Once I started to excavate, it was as if I had written nothing. Now, the stones will speak, not me.”

And speak they did.

What she found was the remains of what must have been a huge building for the era. When she dug underneath the structure, she found masses of pottery that could be dated to the 11th and 12th centuries BCE, what scholars call Iron Age I. That meant the building was constructed after that, which placed it exactly in the time of David. The dating of the material made it clear that it was not related to the Jebusite era.

Speaking of those scholars who have tried to argue that David is a historic myth created by the Hebrew bible, Mazar said her discovery proved that “this fantastic building is a big, obvious answer to those who say Jerusalem was an unimportant settlement.”

Other artifacts she found there further substantiated her conclusions, including bullahs or seals that date to the First Temple era with the names of figures directly mentioned in the Bible, which also provide a rebuke to those who dispute the idea that the Tanach is a book of Jewish history, as well as the foundation of Jewish and Christian faith. Those who wish to treat the Jewish presence in Jerusalem as an alien intrusion have no response to artifacts like those that mention a minister of King Zedekiah, as well as others that arguably may well have belonged to King Hezekiah and the Prophet Isaiah.

While her scholarship and the integrity of her digs could not be seriously questioned, many critics took exception to the fact that, like her famous grandfather, Mazar understood that the Bible was not merely a source of religious or literary inspiration. It was also a vital source of information about the history of the era. Indeed, it was through a reading of a crucial verse in the book of Samuel II (Chapter 5, Verse 17), that she decided that if David had gone down from where he was to his fortress, then Silwan was the spot where David’s abode might be found.

Mazar tried to stay out of politics, but it inevitably intruded into her efforts.

She was a leader in the effort to stop the vandalism and desecration of the Temple Mount carried out by the Muslim Waqf, which administers it, when they excavated parts of the ancient site with bulldozers and then dumped the remains outside the city walls. She helped lead the effort to create a sifting project in which those precious remains were examined by volunteers; many important historical artifacts from the Temple periods were found, although it’s clear that many more treasures were wantonly destroyed by the Waqf.

Mazar was also a voice seeking to preserve other archeological sites like Robinson’s Arch, which encompasses parts of the Western Wall to the Temple. She also deserves credit for being willing to reach out to American Christians who love Israel and to help make them understand that preserving the Jewish history of Jerusalem was something important to their faith, too.

Today, visitors to the City of David can see the excavated structure that Mazar found, as well as a wealth of other material that she and other archeologists uncovered. But critics of her work aren’t interested in these fascinating discoveries because anything that further establishes Jewish ties to the area infuriates local Arabs, who say this historical heritage is a hindrance to their efforts to redivide Jerusalem and establish a Palestinian state there.

The effort to delegitimize the work of Mazar and her colleagues at the City of David points to a basic problem: If you’re going to deny Jewish rights to the place where David and his descendants ruled their ancient kingdom, then you can deny them anywhere in the country. And that is what Palestinians have continued to do. Their attempt to treat the City of David or even the Western Wall as Jewish myths, rather than the beginning of Jewish civilization, is inextricably linked to their refusal to recognize the legitimacy of a Jewish state, no matter where its borders might be drawn.

Mazar’s colleagues have spoken of how she helped a new generation of archeologists establish their own careers, as well as how she helped blaze the trail for other women in a field that was once thought solely the preserve of men.

For post-Zionist Jews and anti-Zionist opponents of Israel, Mazar’s amazing discoveries were a constant source of irritation. But she will be remembered long after them for her role in proving the authenticity of Jewish history. Thanks to her and the Americans who helped fund her work, denials of Jewish ties to Jerusalem remain the moral equivalent of flat-earth advocates. That’s true even if they are legitimized by contemporary advocates of critical race theory and white privilege, which falsely seek to label Jews—the true indigenous people of the land that was once the biblical Kingdom of Judea—as colonizers. May her memory be for a blessing.