(December 6, 2021 / JNS) I knew Aaron Feuerstein for 30 years. He was a loyal and caring friend, a dedicated community member, and a great and innovative business leader. I loved our conversations and debates. He had the strongest will and the most intense discipline of anyone I’ve ever known. And yes, he was opinionated. He was a powerful pillar of his shul, of Orthodox Judaism and of the Boston Jewish community.

However, after the fires that destroyed his synagogue and his family business—Malden Mills—something changed, and he became much more. He willed himself into a moral and political symbol of justice and righteousness deeply rooted in his love of Torah and the Jewish people. He became a perfect antidote to the brutal selfishness of the 1980s. We could actually see him transforming before our eyes, deciding what he was to become at the very moment he addressed his employees after the fire.

Still, it was more than his dual commitment to Torah and tzedek, to Jewish tradition and social justice. His Jewish particularity and his Jewish commitment to humankind turn out to be the perfect response to our next generation of Jews that is threatened by an emerging worldview that seeks to sever the connection between the two—forcing young people to choose between Torah and tzedek, between our love of our people and Israel, and our love of humankind. So it’s a good time to remind our children and grandchildren of Aaron’s legacy—that we can achieve greatness as a community and as individuals only by embracing both.

Two fires illuminated the soul and the spirit of my Brookline-born friend Aaron Feuerstein, who passed away on Nov. 4 at the age of 95. 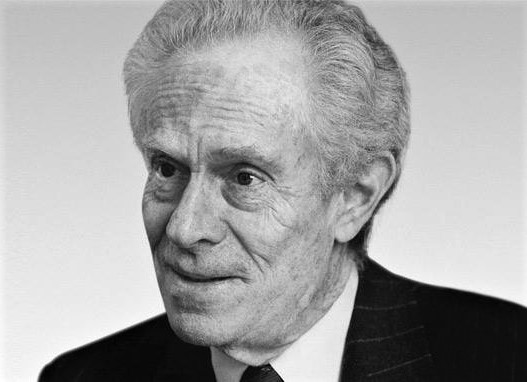 On Jan. 11, 1994, the Young Israel of Brookline burned to the ground. This was the shul that Aaron’s father had founded and where his family prayed; it was the shul that held a community together, that gave meaning to the lives of 300 families. Of course, Aaron was deeply involved in the rebuilding—reassuring his community and his friends, and pledging the resources needed to rebuild. But not just to rebuild, but to rebuild with beauty.

He helped hire world-renowned architect Graham Gund, who traveled to Jerusalem to help inspire the special beauty of the rebuilt synagogue. If you visit the Young Israel of Brookline, you’ll see Aaron’s spirit, his love of Israel and Zion, and his commitment to building a house worthy of God. The first fire illuminated Aaron’s love of God and tradition, of Torah, the Jewish people, of community and faith … of his particular love for his Jewish community and his Jewish people.

On the night of Dec. 11, 1995, while Aaron celebrated his 70th birthday, he heard the terrible news that a fire was destroying his family business, Malden Mills.

The late Rabbi Jonathan Sacks, in To Heal a Fractured World, places the story of Aaron Feuerstein at the center of his book. He tells the story we all know of the mensch/hero who became a symbol of social justice and lovingkindness for our people, our nation and the whole house of Israel:

“In late 1995, the textile mill the family-owned in Lawrence suffered a devastating fire. Many assumed that the owner, Aaron Feuerstein, by then 70 years old, would simply take the opportunity to collect the insurance and close the mill. What caught the headlines was his principled decision not to do so. The business employed 1,800 people and he felt a strong sense of responsibility to them and their families. He announced, first, that the mill would be rebuilt; second, that for the next 60 days all employees would be paid their full salaries; third, that their health insurance had already been paid. … Aaron Feuerstein kept his word and became known as ‘the mensch of Malden Mills’… .”

He sat next to former First Lady Hillary Clinton at the 1996 State of the Union address and received dozens of awards.

The New York Times published a three-quarter-page obituary for Aaron, but they never really understood why Aaron did what he did. They understood his universality but not his faith, his love of the Jewish people, the stories, the traditions, the Torah, the particularity that powered his universality. Rabbi Sacks knew why. He wrote:

“Everyone knew that he was a religious man and that he had religious reasons for doing what he did. ‘You are not permitted to oppress the working man,’ he said when explaining his decision, ‘because he’s poor and needy, amongst your brethren and amongst the non-Jews in your community.”

Rabbi Sacks noted that one of the great challenges for any faith is how to maintain a creative dialogue between “the world” and “the holy” so that each enriches the other and that is perhaps the most important challenge facing our people and our world.

This is a particular challenge for the next generation of American Jews, and Aaron is the perfect symbol of our best hopes and dreams for our people. His story can and must light the fire of Torah and tzedek and chesed—Jewish tradition and social justice and acts of lovingkindness. It’s vital that we recommit to our dream of a more just world emerging from our Jewish particularity—getting our hands dirty in the real work of creating a better world, reducing the distance between rich and poor, improving the quality of education, caring for people with disabilities, assuring adequate housing for the most vulnerable, supporting refugees, defending “Dreamers” and volunteering to help.

The real work of pursuing justice must be much more than spending our time in splendid and safe isolation risking nothing, worrying about “trigger warnings,” and whether we’re “white” or “white adjacent,” and tweeting our opinions to the world. As Jews, we need to distinguish between the work of building a more just society and the performative activities of “woke” culture often linked to attacks on Israel, and on our particular Jewish identity and on the dignity of the Jewish people—a politically counterproductive distraction from the real work that we need to do.

Aaron represented social justice in reality. He was ready to fight against privilege of any kind that enabled or sponsored oppression, of workers or the poor, of the vulnerable, regardless of race. He lived in the real world of business and risked it all—his life, his fortune, his sacred honor to live a life committed to justice. He risked it all for his workers and for his community.

Aaron knew who he was. He was a proud Jew. He was committed to Israel and an outspoken Zionist. He could be critical of some Israeli government policies but was always there, proud of Israel’s accomplishments, and defending and supporting Israel in times of war and peace.

I knew Aaron well, and the two fires that illuminated his life and warmed his soul—the light of love for his people, his Torah and his God, and his burning passion for justice for the poor and oppressed.

Rabbi Sacks’s chapter on Aaron is titled “Kiddush Hashem,” literally “sanctifying the name” of God. It refers to behavior that creates respect for God.

Fortunate are those of us who knew and loved Aaron, fortunate the synagogue he belonged to, fortunate the community he was part of, and fortunate the next generation of Jews and Americans who will have their lives enriched by his example and his legacy.

Barry Shrage served as president of CJP, Greater Boston’s Jewish Federation, from 1987 to 2017. He is now professor of the practice in the Hornstein Program and the Center for Modern Jewish Studies at Brandeis University.