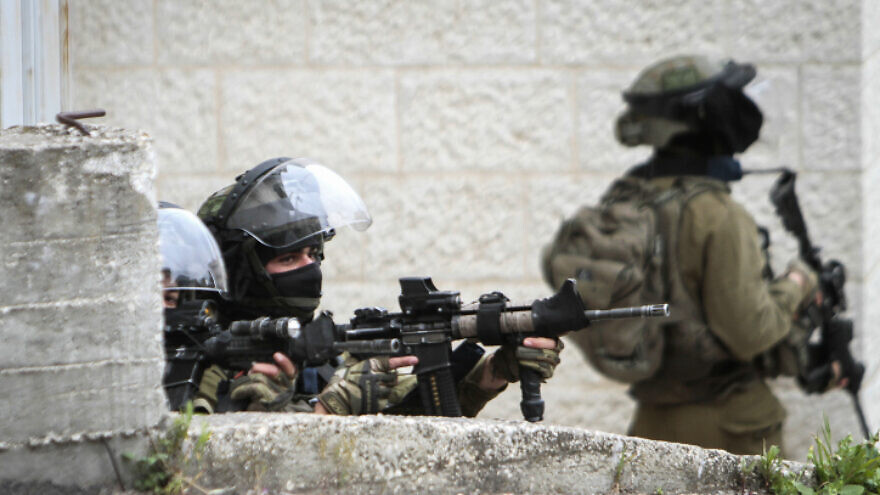 (April 13, 2022 / JNS) One Palestinian was reportedly killed during clashes that broke out near Nablus (Shechem) on Wednesday after repair teams from the Samaria Regional Council entered Joseph’s Tomb to fix the damage caused to the site by Palestinian rioters on Saturday.

The repair work lasted three hours, according to Ynet.

“Earlier this week, Palestinians vandalized the Joseph’s Tomb religious site in the city of Nablus. This morning, IDF soldiers secured the area of Joseph’s Tomb while repairs were made to the site. During the activity, hundreds of Palestinians instigated a violent riot, burned tires and hurled rocks and firebombs at the soldiers in the area. The soldiers responded with riot dispersal means and live ammunition,” the Israeli military said in a statement,

On Sunday night, two Israelis were shot while attempting to approach the tomb.

The victims, both haredi men, were taken to Rabin Medical Center in Petah Tikva for treatment, and were in moderate condition.

The men had “arrived at an unmanned checkpoint at one of the entrances to Shechem, broke through it, and entered the city,” the IDF said in a statement. A short time later, they arrived at another checkpoint with gunshot wounds, the statement continued.

The men claimed they had been trying to reach the tomb to repair the damage caused by Palestinian rioters.

On Saturday night, Palestinian rioters set fire to parts of the site and smashed parts of the tomb structure.

The tomb has undergone multiple repairs in past years following attacks by Palestinians.