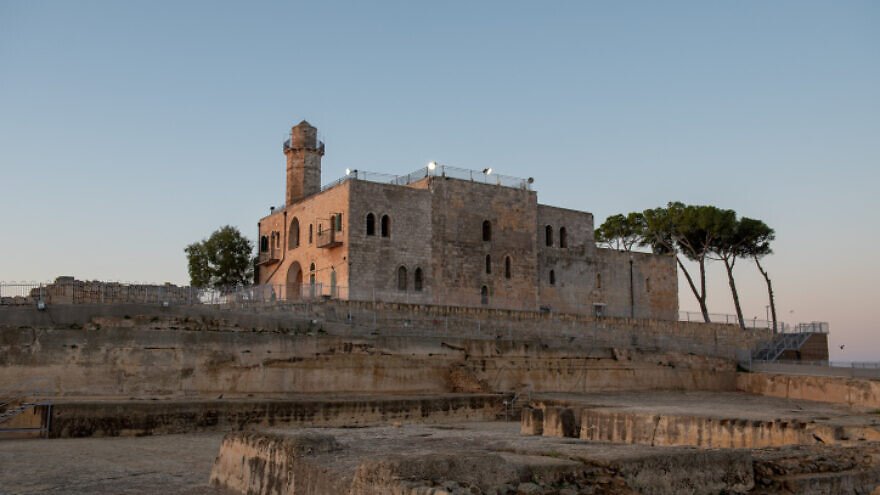 The Tomb of Samuel (known in Arabic as Nebi Samuel), to the northeast of Jerusalem, Nov. 1, 2019. Photo by Mila Aviv/Flash90.
Spread the word.
Help JNS grow!
Share now:

(August 28, 2022 / JNS) A Palestinian suspect was arrested on Friday in connection with a violent confrontation that broke out near the Tomb of Samuel north of Jerusalem, according to the Israel Police.

The incident began with a protest by tens of Palestinians from the village of Nebi Samuel against a decision by the Israeli authorities to seal one of the village gates, according to Ynet.

When a group of Israeli Jews arrived at the site during the demonstration, a violent conflict ensued, during which the demonstrators assaulted a member of the Israeli group, said the report.

Border Police put an end to violence, arresting one suspect for assault, the Israel Police said in a statement.

The Tomb of Samuel is traditionally recognized as the gravesite of the biblical prophet Samuel and overlooks the Jerusalem neighborhood of Ramot.