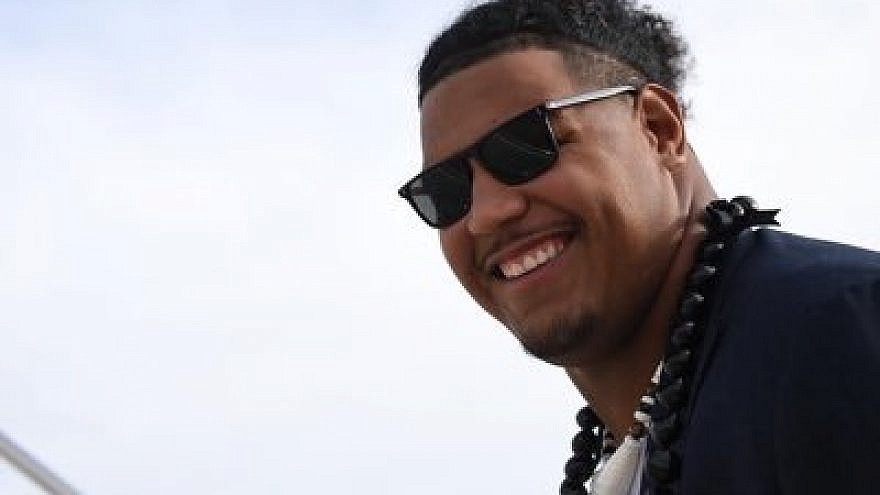 (February 12, 2021 / JNS) Pittsburgh Steelers offensive tackle Zach Banner will host a virtual discussion on Feb. 17 about combating anti-Semitism and racial injustice, in addition to the need for unity.

Joining Banner as panelists in the online conversation “Athletes Against Antisemitism” will be Washington Nationals first baseman Josh Bell; Washington Mystics WNBA champion Alysha Clark; Jasiri X, hip-hop artist and co-founder of activist group 1Hood; and Rabbi Jeffrey Myers, leader of the Tree of Life*Or L’Simcha Synagogue in Pittsburgh, site of the mass shooting in October 2018 that resulted in the deaths of 11 Jewish worshippers at synagogue.

The 90-minute program will take place in two parts. The first will center on the Pittsburgh community, with guests Myers and Jasiri X discussing “the current national and local crisis of anti-Semitism and white supremacy, ongoing unified efforts in Pittsburgh to combat hate and important tools, resources and next steps to engage more citizens in this movement.”

The second half of the event, featuring Banner with Bell and Clark, will focus on “the power of athlete activism, their role and responsibility in engaging in these movements, and their priorities in this work as team leaders, national figures and community members.”

The program will be moderated by Dr. Lauren Apter Bairnsfather, director of the Holocaust Center of Pittsburgh.

In the summer of 2020, Banner posted a video on Twitter in which he called for an end to anti-Semitism and advocated for unity between minority groups, notably the African-American and Jewish communities. In December of last year, he donated a portion of a game-day check to Tree of Life*Or L’Simcha Synagogue.

Banner, who is not Jewish, recently joined a group of 170 celebrities who formed the Black-Jewish Entertainment Alliance, which is dedicated to tackling anti-Semitism and racism in the two communities.