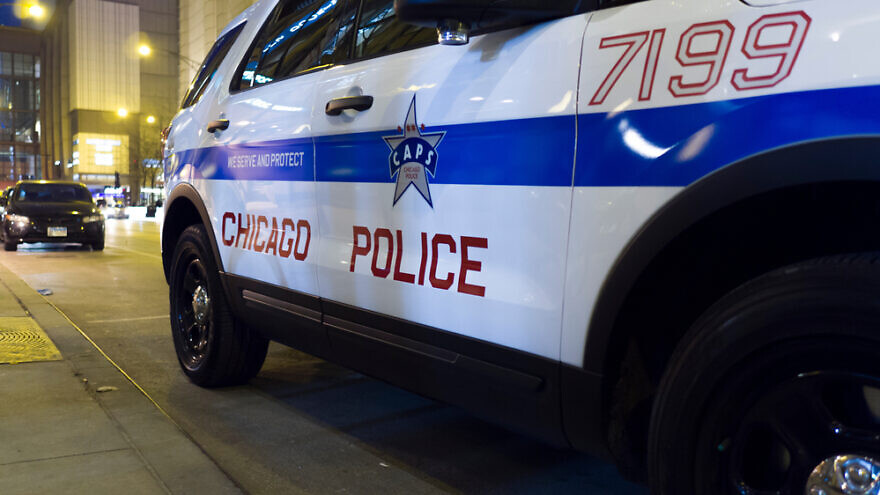 (February 1, 2022 / JNS) Chicago police have arrested a person of interest who is being questioned in connection with a string of anti-Semitic crimes that took place over the weekend in the West Rogers Park neighborhood, reported COLlive.

On Saturday morning, Kol Tuv Kosher Foods, Tel Aviv Bakery and a synagogue all had their windows broken. Also over the weekend, a yellow swastika was spray-painted on the wall of the FREE of Chicago—The Bellows Center, a Chabad center that distributes food packages. Anti-Semitic vandalism also took place at the Hanna Sacks Bais Yaakov High School.

On Sunday, a Jewish man was “verbally assaulted” nearby the Chabad center, said investigators cited by The Chicago Tribune. Other areas in the community, including bridge overpasses, also had yellow swastikas drawn on them, according to Carmi Lawrence, director of Community Safety and Security for the Concerned Citizens League.

“Make no mistake: This attack, as well as the deep hatred and bigotry that drives other anti-Semitic acts like it, is an attack on our city’s Jewish community and social fabric,” Chicago Mayor Lori Lightfoot said in a statement on Monday. “Those responsible must be held accountable.”

The Anti-Defamation League Midwest said in a statement that it is “alarmed” by the incidents and is working with law enforcement to investigate the crimes.