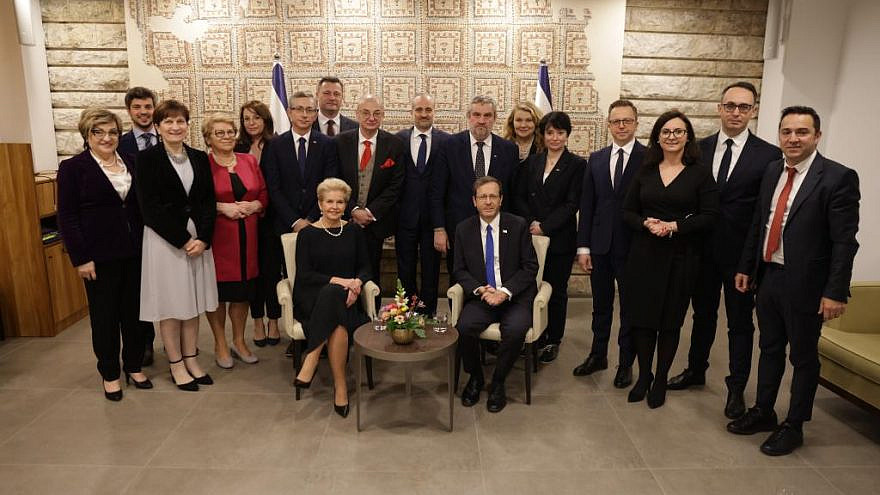 (January 17, 2023 / JNS) A parliamentary delegation from Poland arrived in Israel this week with the goal of restoring “warm diplomatic ties” between the countries. The visit is the first of its kind in the past four years.

“Visiting Israel and meeting with President Herzog was an extremely important and positive moment and hopefully this will be the start of a new period of improved relations between Israel and Poland,” said Polish Sen. Beata Małecka-Libera, who led the delegation.

The delegation also met with the National Emergency Management Authority of the Israeli Defense Ministry, visited Rambam Hospital and the Mashabim Center for Community Stress Prevention and toured Israel’s northern border. During the latter visit, they were shown a Hezbollah tunnel into Israel.

“As Europe faces similar challenges at our borders, it is important our countries work together to face these challenges and protect our values,” said Małecka-Libera.

The trip was organized by ELNET (the European Leadership Network), an NGO working to strengthen relations between Europe and Israel.

“This is a historic visit meant to open a new page in relations between Israel and Europe. … This is a momentous occasion for both Israel and Poland, and ELNET is honored to play a role in fostering stronger ties between the two countries,” said Emmanuel Navon, CEO of ELNET-Israel.

Also leading the delegation was Michał Kamiński, deputy speaker of the Polish Senate.